'We ask for justice': Marvin Scott's family demands officers be arrested after his in-custody death is ruled a homicide

The Collin County Medical Examiner's Office has ruled the death of Marvin Scott III a homicide. Scott's family saw the jail video of his death Wednesday. 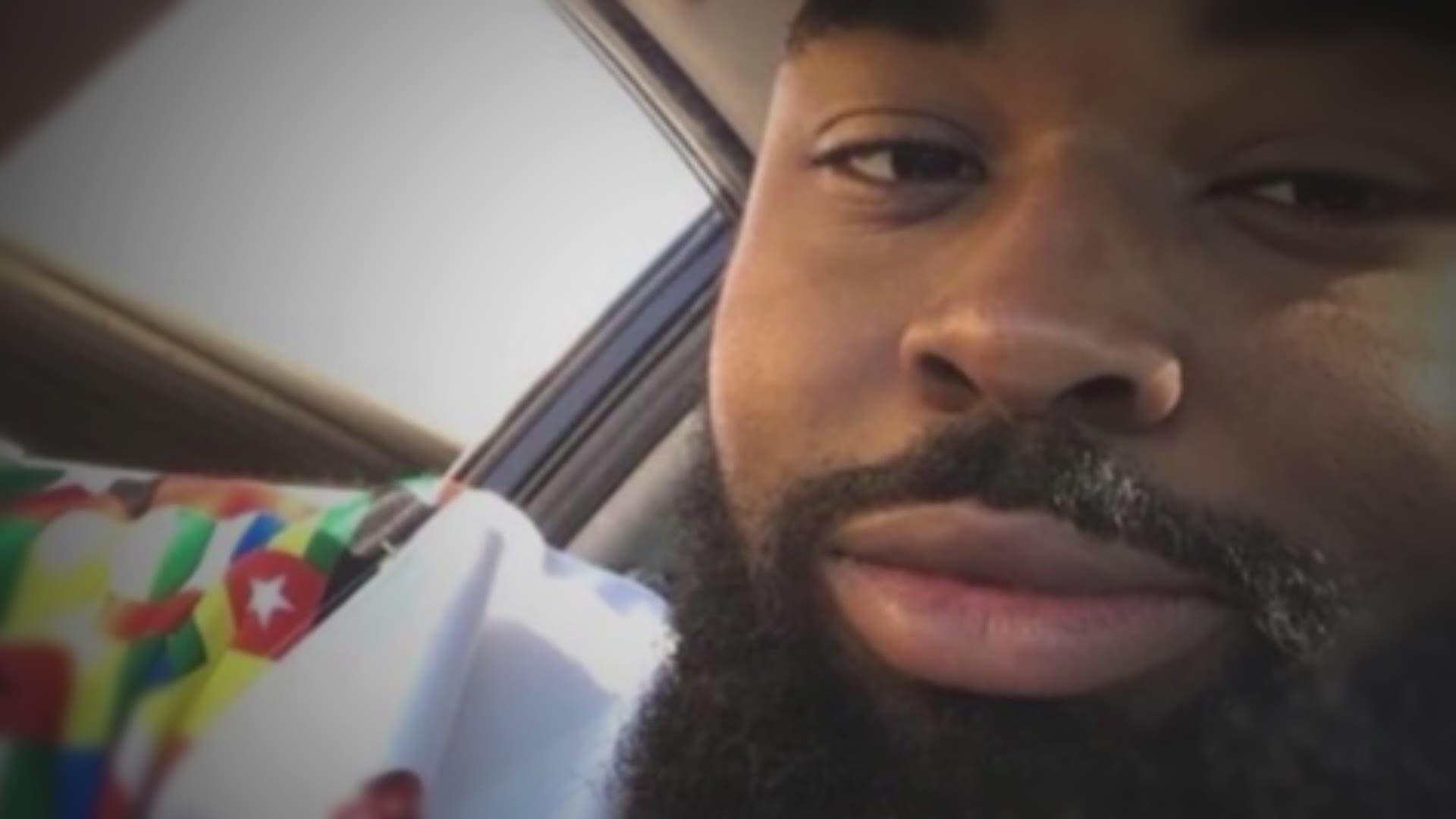 COLLIN COUNTY, Texas — This story will be updated throughout the day as new information is released.

For weeks, people have been calling for justice for Marvin Scott III. He died on March 14 while in custody at the Collin County Jail.

Scott's family is now demanding that the detention officers involved in his death be arrested. His family went to the Collin County Courthouse in McKinney Wednesday morning to watch the videos of how the 26-year-old died.

Dr. William Rohr says Scott's cause of death was "fatal acute stress response in an individual with previously diagnosed schizophrenia during restraint struggle with law enforcement," the release said.

"Today was a very very difficult day, after reviewing the video, it took a while to review it, I feel that justice has to be served. The officers involved need to be arrested, we demand that," Scott's father said. "Let’s hope it’s sooner rather than later."

Merritt said the video shows that Marvin Scott was "clearly in distress" and needed help. Collin County Sheriff Jim Skinner said an internal investigation found that Scott died after multiple policies and procedures were violated. Seven detention officers were fired and an eighth officer who was under investigation resigned.

But just one day ago, a Collin County detention officer was reinstated after successfully appealing their termination.

"We still don’t have the name of the officer who was reinstated," Merritt said.

Supporters of Marvin Scott are gathered at the Collin County Courthouse.

They prayed with Scott’s sister LaChay Batts before she and attorney Lee Merrit examine nearly 5 hours of jail video showing the night Scott died in custody.

7 jailers were fired and one resigned. @wfaa pic.twitter.com/oxPoYipsrD

The attorney also said the five hours of the video footage shows Marvin Scott was "clearly expressing that he was in distress." No audio was captured in the video, according to Merritt.

"It was emotionally draining for the family of Marvin Scott. His mother is a nurse, but you don’t have to be a nurse to know what was going on was inappropriate," Merritt said.

Marvin Scott's brother said the family wants justice. “We ask for justice, at this point that’s all we could ask for," he said.

The video from inside the jail has not been released publicly.

Collin County Sheriff Jim Skinner sent letters on March 25 to the Texas Rangers and criminal district attorney that said he wanted to release the video, but asking if releasing it would interfere with the investigation or possible prosecution, according to documents released by Skinner's office.

Who were the officers involved in Marvin Scott's in-custody death?

The Collin County Sheriff's Office has yet to release the names of the detention officers who were fired.

"We believe the release of their names and images is essential to conduct a thorough investigation," Merritt said during Wednesday's news conference.

There is a civil service process that the terminated employees can use to appeal their firing, and one of them did so successfully. Five of the others are going through that same process, officials said.

Just one day ago, Skinner said he disagreed with the decision to give the officer their job back and said he was exploring his options.

WFAA has made a public records request for the names of those fired but the request was denied and sent to the Attorney General for their opinion. Lawyers for Collin County said releasing the names would jeopardize the personal safety of those involved. But Lee Merrit disagreed.

"There has been no record of vigilantes going after officers suspected of a crime," Merrit said. "What there has been evidence of, is officers avoiding accountability because of assistance to the government and the AG's office."

“Which person played which role is still a big mystery to us,” Merritt said.

Scott was taken into custody on March 14 by Allen police, who said he was arrested for alleged possession of marijuana under 2 ounces, which is a class B misdemeanor.

The incident started with security personnel at the Allen Outlet Mall alerting Allen police to Scott in the parking lot. Merritt said police were initially called because of the suspected smell of marijuana.

Paramedics took Scott to a hospital first because police thought he had taken drugs and said he was acting in an erratic manner. He spent three hours there before he was taken to jail.

Scott was transported to the Collin County Detention Facility around 6 p.m. that day.

"There are protocols with people with mental health issues when officers are aware, they are supposed to follow, and that did not happen here, resulting in an unnecessary death,” Merritt said.

The Texas Rangers are leading the investigation. The agency has not released any videos or commented on the case.