Other national cases have moved faster; while Batts is encouraged for those victim's families, she would like to see the wheels of justice move for her family too. 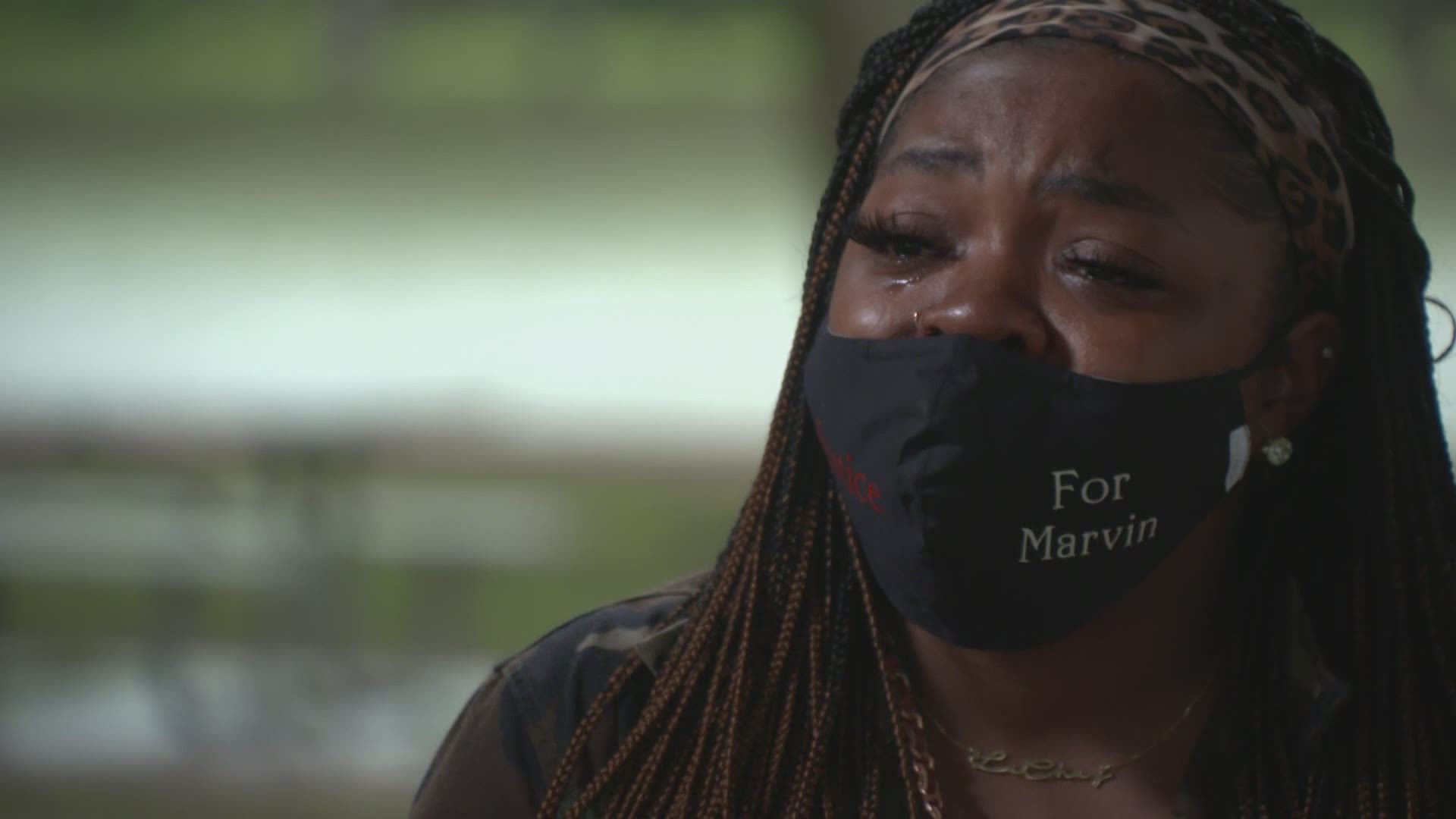 COLLIN COUNTY, Texas — Marvin Scott's family has protested outside the Collin County jail every night since his in-custody death on March 14. LaChay Batts, Scott's sister, brings her two young boys every night and they even participate in the chants outside the sheriff's office. This week marks 30 days since Scott died in custody.

The family said they are already traumatized by their loved one's death. That trauma is compounded by the lack of perceived progress in the investigation. The family has been beating the drum for arrests in the case as well as the release of jail video.

"Even though it's going to be traumatizing I want to see what those last minutes of his life looked like," Batts said.

Scott died at the Collin County jail on March 14. The family says Scott was suffering a mental crisis. Seven jail employees were fired following Scott's death and the Texas Rangers are investigating the incident. Those seven employees have not been named by the Collin County Sheriff's Office.

The family is upset because they feel in the dark. They say very little has been released to the public. They feel other national cases have moved faster, and while Batts is encouraged for those victim's families, she would like to see the wheels of justice move for her family too.

"No names, the video hasn't been released, and no arrests have been made," she said.

WFAA spoke with defense attorney Pete Schulte, a former officer. He's not involved in this case. WFAA asked him about the timelines that high-profile cases generally have.

"Thirty days is not unreasonable at this point. If you bring in another agency to do an investigation you almost have to play by their rules," said Schulte.

Currently, the Texas Rangers have the video and all investigative material.

"With the Rangers involved, this does not surprise me. I know it's heart-wrenching for the families. That information will come at some point. But it is very situational driven," Schulte said.

The longer the family waits the harder this gets. What they want more than anything they can't have, and that is to get their loved one back.