Seven Collin County employees have been placed on leave while the Texas Rangers conduct an investigation into the circumstances of his death. 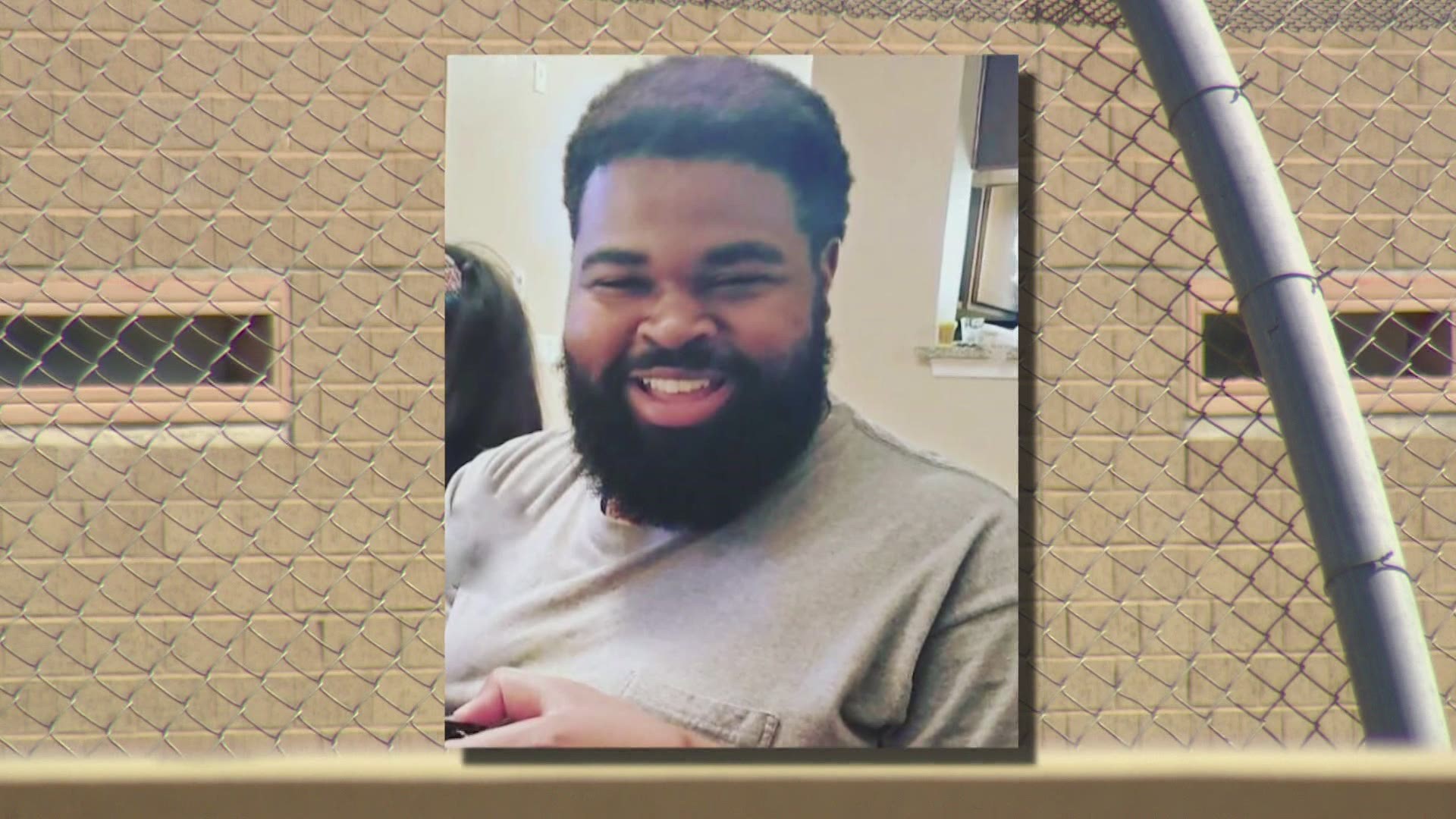 Seven employees have been placed on leave pending an investigation.

During the news conference, Sheriff Jim Skinner said his department and the Texas Rangers have an obligation to uncover the complete truth.

Scott was taken into custody Sunday by Allen police, who said he was arrested for alleged possession of marijuana under 2 ounces, which is a class B misdemeanor.

The incident started with security personnel at the Allen outlet mall alerting Allen police to Scott in the parking lot. Merritt said police were initially called because of the suspected smell of marijuana.

Paramedics took Scott to a hospital first because police thought he had taken drugs and said he was acting in an erratic manner. He spent three hours there before he was taken to the jail.

Scott was transported to the Collin County Detention Facility around 6 p.m.

Scott’s sister tearfully described her younger brother in a news conference after the sheriff spoke.

“This is really hard for me right now. Marvin was funny. His spirit was amazing. He would do anything for anybody,” said LeChay Batts.

"There are protocols with people with mental health issues when officers are aware, they are supposed to follow and that did not happen here resulting in an unnecessary death,” said Lee Merritt, attorney for the Scott family.

Seven Collin County jail employees have been placed on leave while the Texas Rangers conduct an investigation into the circumstances of his death.

The sheriff said he visited the jail himself after the death. "I was broken-hearted to learn someone died in our custody," Skinner said.

The sheriff said he has promised Scott’s family a thorough and transparent investigation. "At the appropriate time I will provide all the facts related to this investigation to them," he said.

Skinner released some details of the case but said all of the answers people want may take some time.

"The death of this young man is a profound tragedy and I have an obligation to uncover the full and complete truth, firm, concrete and accurate information,” said Skinner.

Scott's family wants the sheriff to arrest the officers involved.

By law, the sheriff had to turn the criminal investigation over to another agency, in this case the Texas Rangers.

However, he did place the officers on leave while he conducts an internal affairs investigation to determine whether any of them will be disciplined or fired.

"So, given the circumstances, I cannot criminally investigate or arrest the person's I've placed on administrative leave,” said Skinner.

The questions the family wants answers to is why a man with mental illness was taken to the jail in the first place and how he was treated once he got there.

Merritt said the initial autopsy showed that Scott's death may have been heart-related. WFAA is seeking to independently review the coroner's findings. The family and attorney intend to hire an independent forensic examiner to determine the cause of death.

Merritt said Scott should have been taken to a treatment center instead of the jail. The family told WFAA that Scott was working to address his mental health challenges. Scott's father Marvin Sr. said his son was coming to terms with his mental health.