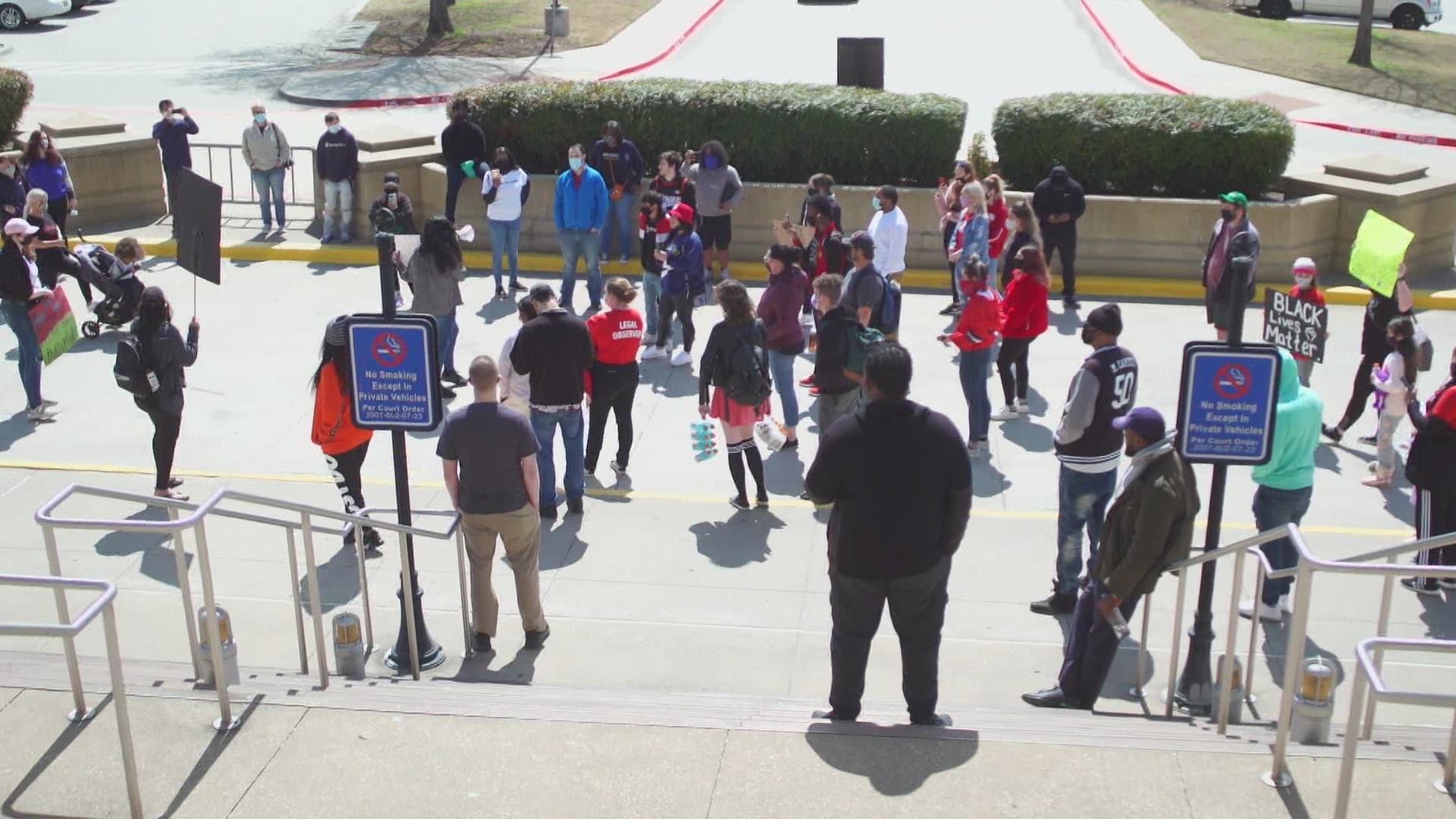 MCKINNEY, Texas — Activists joined the friends and family of a man who died in custody earlier this week to march through McKinney Thursday.

Marvin Scott III died at the Collin County jail on Sunday. Seven employees have been placed on leave while the Texas Rangers conduct an investigation into the circumstances of his death. No details have been publicly released about what happened.

The Collin County Sheriff's Office said a press conference will be held Friday, March 19 at 9 a.m. to discuss Scott's death.

The group that gathered on Thursday demanded answers and action from officials.

Scott was outside the Allen Outlet when security was called about the smell of marijuana. Allen police said he was arrested for alleged possession of marijuana under 2 ounces, which is a class B misdemeanor.

Allen police officers took him to the hospital to be checked out, before taking him to the jail, Merritt said.

Merritt claimed Scott died after seven guards tried to restrain him in a cell.

His death has sparked outrage in the community.

#NOW "We won't let inmates in until these seven officers are in jail." Protestors have blocked an entrance to Collin Co jail. This rally is for Marvin Scott. @wfaa pic.twitter.com/g4HOcdr9po

In addition to the protests on Thursday, around 200 people gathered for a vigil on Tuesday night.

GoFundMe confirmed that Scott's father has started a fundraising campaign to help cover funeral costs. His family hopes to bring his body back to St. Louis for burial.

As of Thursday evening, the campaign had raised almost double its goal.