Marvin Scott III was arrested by Allen police with less than two ounces of marijuana. He was booked in the Collin County jail, where he later died 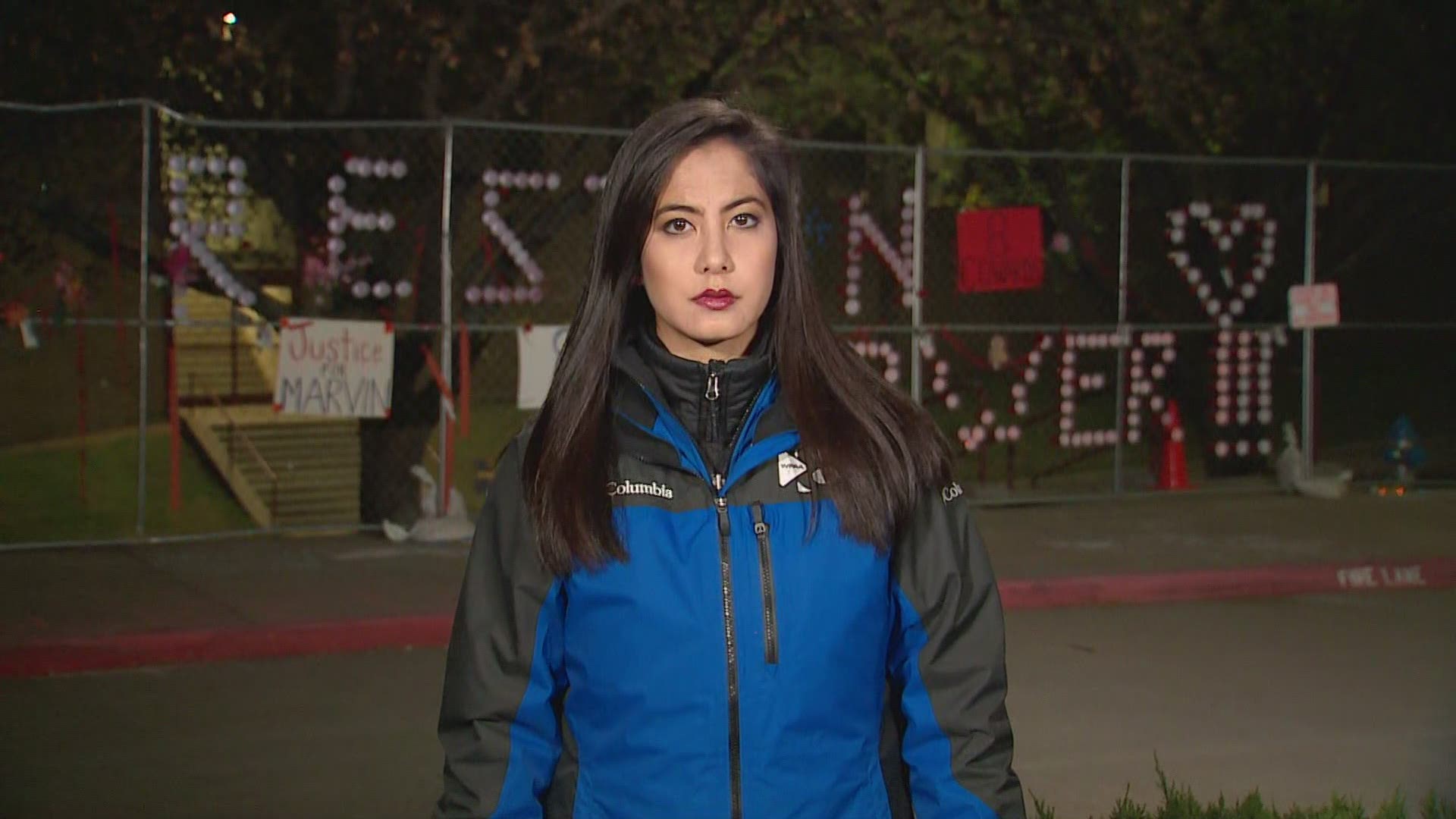 COLLIN COUNTY, Texas — Seven detention officers have been terminated from the Collin County Sheriff's Office after they were involved in the in-custody death of Marvin Scott III, officials announced Thursday. An eighth officer, who was under investigation, resigned.

"Just one day after the funeral of Marvin Scott III, the Collin County Sheriff has fired 7 detention officers in connection with his death while in police custody. We are pleased with this decision and consider this progress, the first step of many more to come. Next, these former officers need to be arrested and brought to justice. Our team is now looking into the possible involvement of an 8th individual and we hope to meet with the district attorney’s office soon. and we look forward to meeting with the District Attorney’s office."

On March 14, Marvin Scott III was arrested by Allen police with less than two ounces of marijuana, a class B misdemeanor. He was booked in the Collin County jail, where he later died.

Earlier this month, seven detention officers who were involved in his death at Collin County jail were placed on administrative leave. On Thursday, Sheriff Jim Skinner said the officers violated "well-established Sheriff's Office policies and procedures."

"Everyone in Collin County deserves safe and fair treatment, including those in custody at our jail. I will not tolerate less,” Skinner said in a statement Thursday.

After his arrest, Scott was transported to the Collin County Detention Facility. Attorney Lee Merritt tells WFAA that Scott's mental health crisis was not appropriately addressed by police and detention officers.

The incident started with security personnel at the Allen outlet mall alerting Allen police to Scott in the parking lot. Merritt says police were initially called because of the suspected smell of marijuana.

According to the attorney, Scott was incoherent when approached by officers, which likely led them to take Scott to Texas Health Presbyterian in Allen. Merritt says a doctor signed off that Scott was "fit to be incarcerated."

The sheriff says detention officers struggled with him, tried to restrain him to a bed, pepper-sprayed him and used a spit hood on him.

"They took him to jail, and in that jail he was killed and the men who participated in that, their acts were criminal," said Merritt.

The Collin County Sheriff's Department says body cameras and cameras in the jail captured what happened, but the case was turned over to the Texas Rangers. They have yet to release the video or answer questions about the investigation into the seven detention officers who are now on administrative leave, per department policy, and an internal administrative investigation has been ordered.

The sheriff is also conducting a separate investigation into his employees to see if they should be disciplined or fired.

Merritt says the initial autopsy showed that Scott's death may have been heart-related. WFAA is seeking to independently review the coroner's findings. The family and attorney intend to hire an independent forensic examiner to determine the cause of death.

Merritt says Scott should have been taken to a treatment center instead of the jail. The family tells WFAA that Scott was working to address his mental health challenges. Scott's father Marvin Sr. says his son was coming to terms with his mental health.

Marvin grew up here, graduating from Heritage High School. He played football and made As until his parents say he got sick. Eventually, he was diagnosed with schizophrenia, but they thought he was getting better.