"No one in this community would accept 35 days of not knowing how and what happened to their loved one," said Collin County NAACP president June Jenkins. 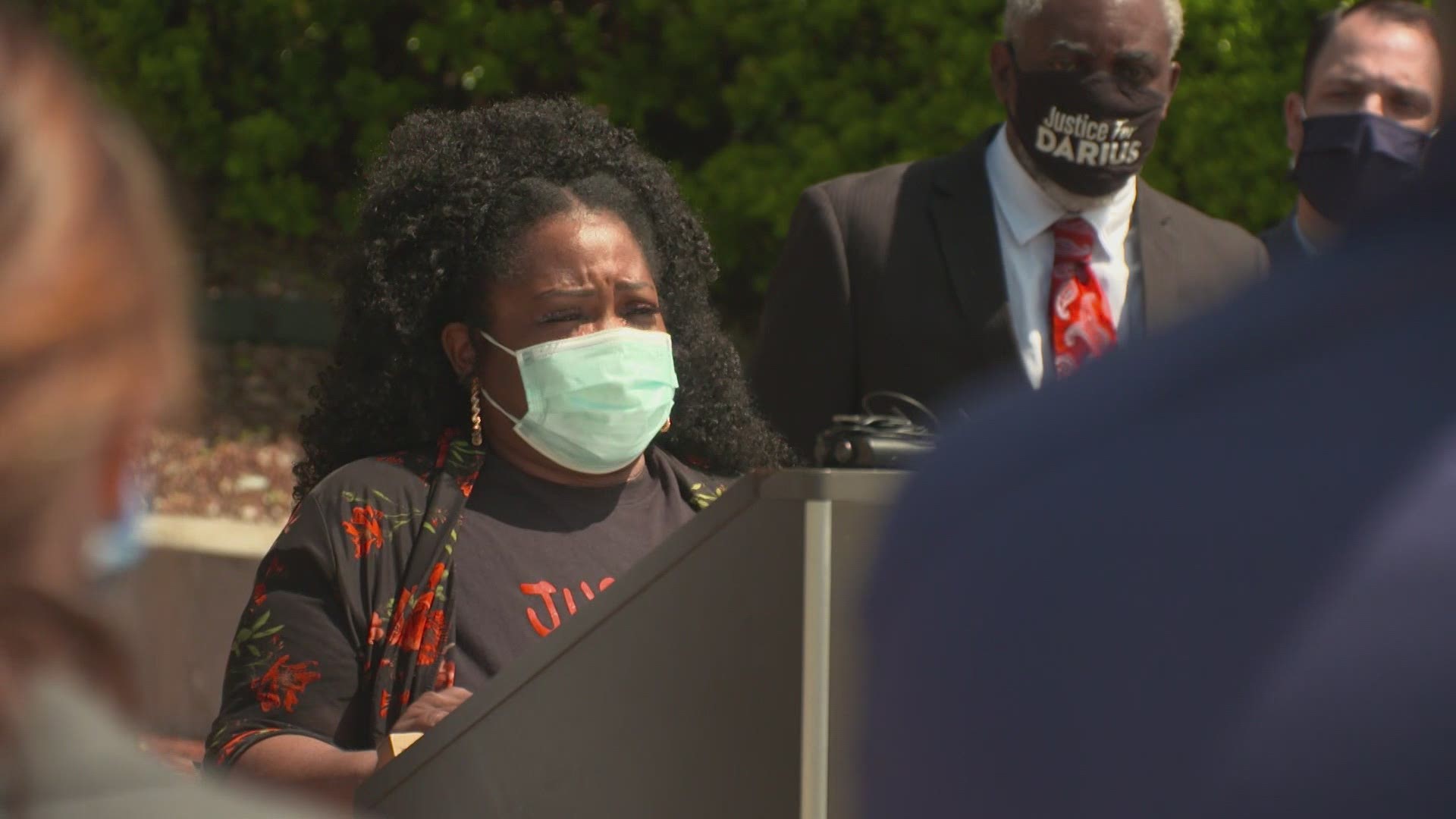 COLLIN COUNTY, Texas — Marvin Scott died March 14 in custody at the Collin County jail. Thirty-five days later, his family is no closer to knowing what happened in the final minutes of his life.

"We are walking away hopeful but still in desperate need of answers," said Scott family attorney Blerim Elmazi.

Marvin Scott was arrested in Allen last month for less than two ounces of marijuana. Allen police officers say Scott was acting erratically and he was taken to an area hospital where a physician deemed him fit for detention. The family argues he was in a mental health crisis and he needed help, not jail.

On Monday the Collin County NAACP joined in on the fight for answers.

"No one in this community would accept 35 days of not knowing how and what happened to their loved one," said county NAACP president June Jenkins.

The family and NAACP cited other national cases that have moved at a much faster pace. Recently in the Daunte Wright shooting investigation in Minneapolis, body camera footage was released within days of the incident.

"We still have no bodycam, no videotape, nothing. This is not acceptable," Jenkins said.

The Collin County District Attorney's office gave no assurances of arrests and no timetable for the release of video and the attorney said the county has been transparent about the process. As of now, most of the investigative material is with the Texas Rangers, the agency investigating the case.

The family continues to protest at the jail each night. Their demands are no different than 34 days ago.

In early April Sheriff Jim Skinner announced the firing of the seven detention officers involved, and the resignation of an eight officer.