Protesters call for change not just where recent shootings happened. 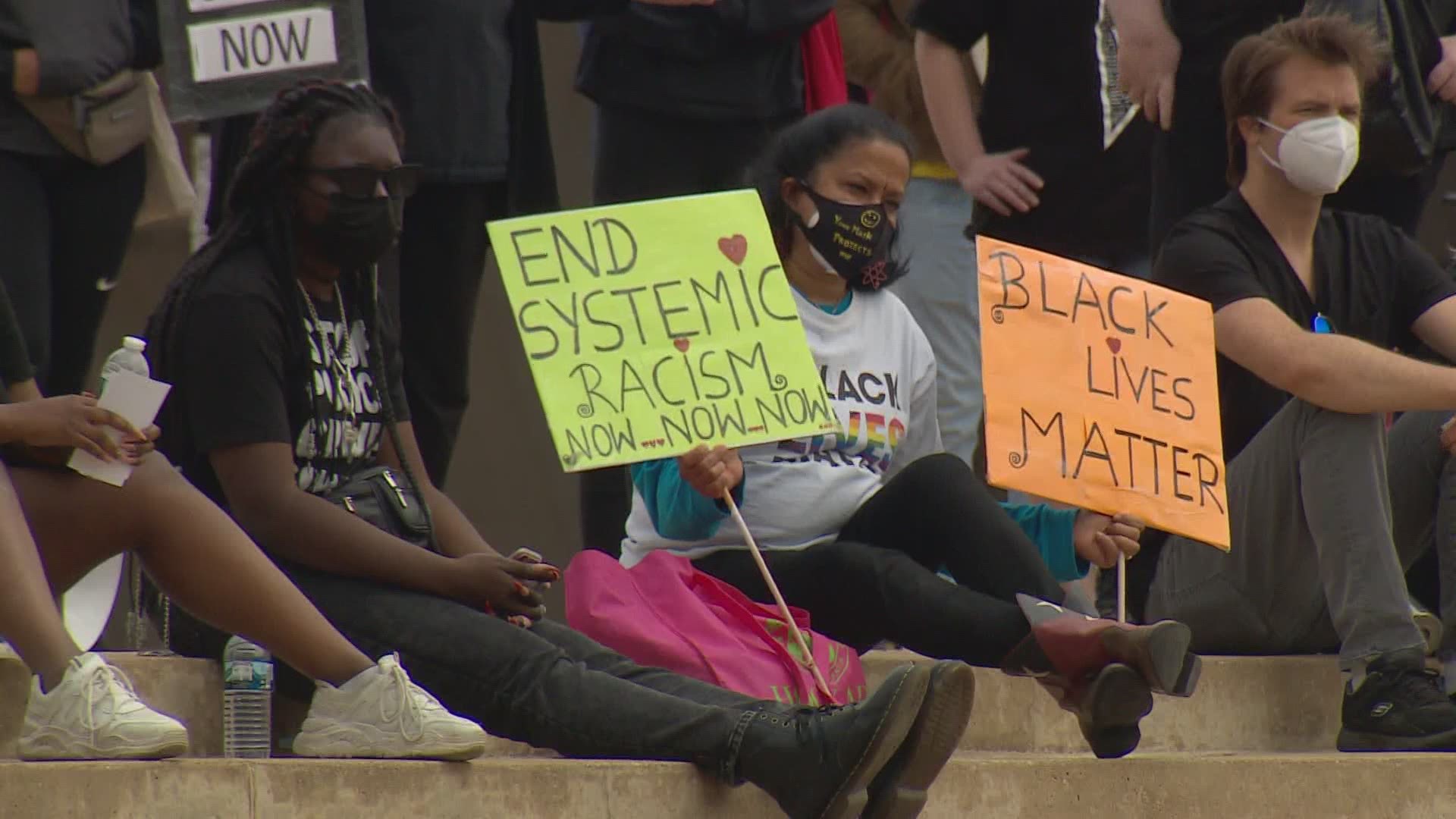 DALLAS — Protesters marched through the streets of Dallas Saturday, following the deaths of people of color at the hands of police. It’s a scene that’s become all too familiar.

“We see this over and over and over again, and it’s just tiring,” said Nichole Mansfield, speaking in front of a crowd outside Dallas Police Headquarters.

Before taking to the streets, she and others with Next Generation Action Network held the rally six days after 20-year-old Daunte Wright was fatally shot during a traffic stop in Brooklyn Center, Minnesota. He was unarmed.

“A father of a young baby,” Dominique Alexander of Next Generation Action Network said. “That this baby will have to remember his father by his hashtag.”

The rally comes just two days after Chicago police released the video of the March 29 death of 13-year-old Adam Toledo. The boy was empty-handed and complying with the officer's orders to put his hands in the air when the officer fired the fatal shot.

“There are so many things that he gets to miss out on because a person made a split-second decision,” said Mansfield.

Similar protests have been happening across the country in recent days, including clashes between protesters and police in Minnesota, and large marches through the streets of Chicago.

The rallies in North Texas were peaceful but passionate, calling for change not just where police shootings happen, but everywhere.

“We know that we have many Daunte Wrights, Marvin Scott, Adam Toledo right here in this city,” said Alexander.