Seven officers were fired and one resigned after the 26-year-old died while being held at the Collin County jail on a misdemeanor charge. 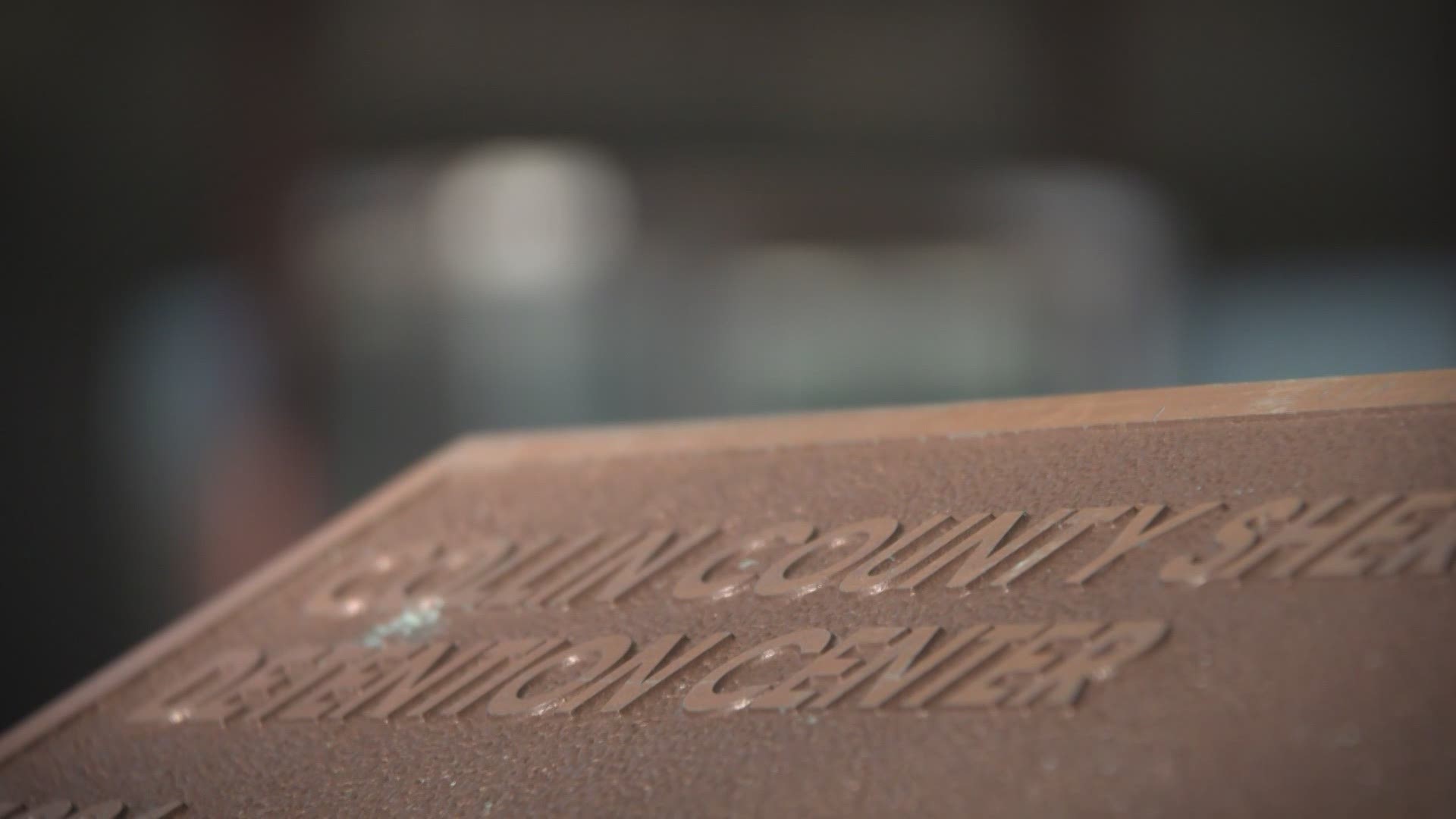 MCKINNEY, Texas — Editor's note: The above video is from April 19.

One of the Collin County detention officers involved in the in-custody death of Marvin Scott III has been reinstated after successfully appealing their termination, a news release from the sheriff's office said Tuesday.

The 26-year-old died on March 14 in the Collin County jail after he was arrested by Allen police with less than 2 ounces of marijuana, a class B misdemeanor.

Seven detention officers were originally fired from the Collin County Sheriff's Office on April 1 after they were involved in his death. An eighth officer, who was under investigation, resigned.

Six of those terminated appealed through the civil-service process, according to the release. On Friday, one of them was successful in their internal appeal.

"Sheriff Skinner disagrees with this decision and is considering his options before the full Civil Service Commission," the release said Tuesday.

In an interview with WFAA, attorney for the Scott family, Lee Merrit, also agreed that the reinstatement of that detention officer "disappointing."

"It's really disappointing for the family not only that this officer got their job back, but we don't know who this officer is or how he contributed to the death of Marvin Scott,” Merritt said.

"What there has been evidence of is officers avoiding accountability because of assistance from the government and the attorney general's office,” Merritt added.

The events that led up to Scott's death started with an incident at the Allen outlet mall in March. Security personnel there alerted Allen police to Scott in the parking lot. Merritt said police were initially called because of the suspected smell of marijuana.

According to the attorney, Scott was incoherent when approached by officers, which likely led them to take Scott to Texas Health Presbyterian in Allen. Merritt said a doctor signed off that Scott was "fit to be incarcerated."

The sheriff said detention officers struggled with him, tried to restrain him to a bed, pepper-sprayed him and used a spit hood on him.

The Collin County Sheriff's Department said body cameras and cameras in the jail captured what happened. WFAA has requested that video from Sheriff Skinner, who said he can’t release the video because the case has been turned over to the Texas Rangers.

WFAA also requested the names of the seven deputies fired by Sheriff Skinner in a public records request on April 2. The department declined to release the names and sent the request to the Attorney General for a ruling.

The Texas Rangers have declined comment on the case and have also declined to release the video, saying it’s an ongoing criminal investigation. However, family is expected to view the tapes on Wednesday and also receive the autopsy results from the Medical examiner’s office.

Marvin grew up here, graduating from Heritage High School. He played football and made A's until his parents say he got sick. Eventually, he was diagnosed with schizophrenia, but they thought he was getting better.

His family has protested at the jail nightly for more than a month since his death. Their demands are no different than they were weeks ago.