Race and culture task force recommended creating the board in 2018. Fort Worth's police monitor is expected to present options to the council in next couple months. 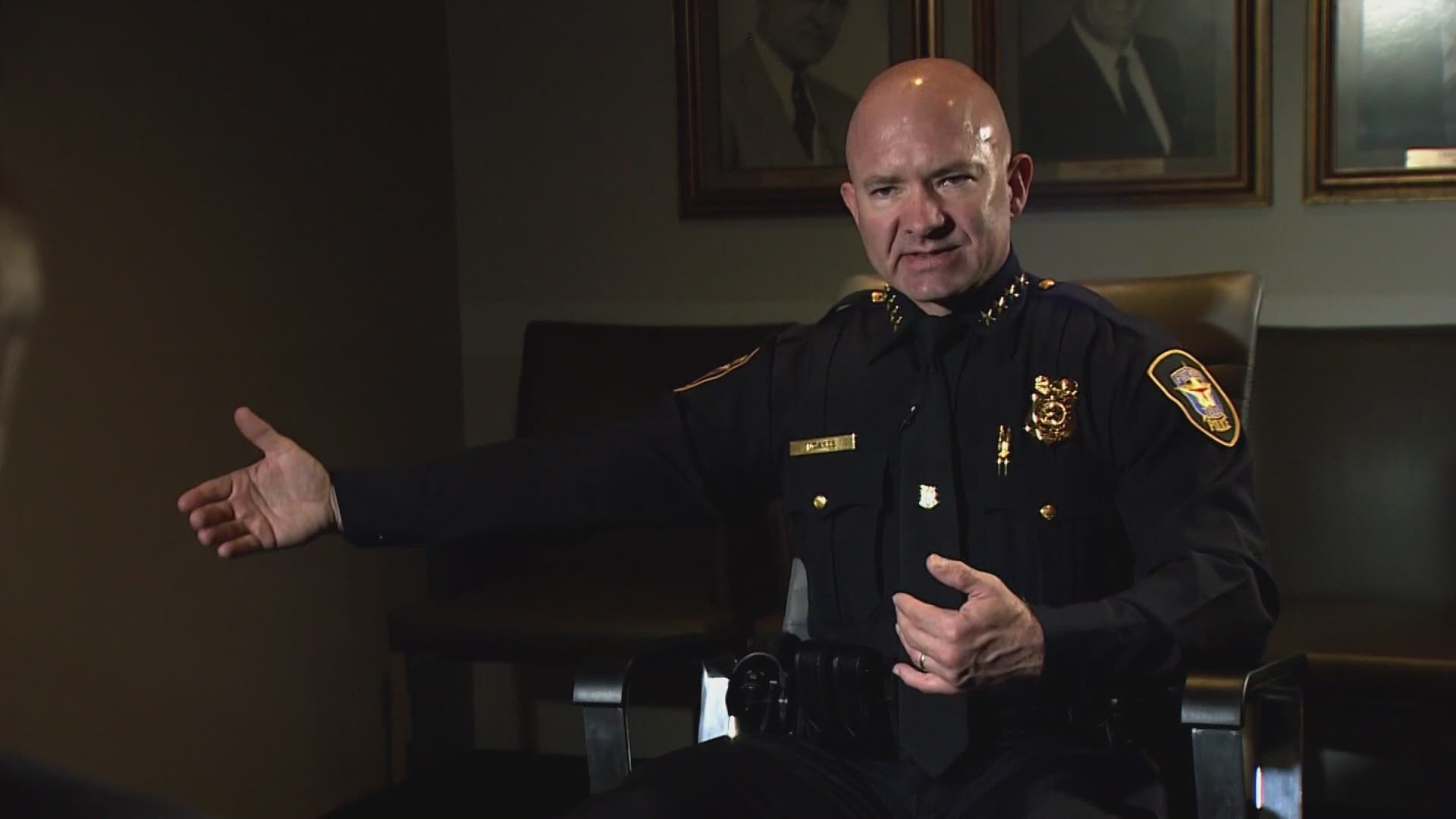 FORT WORTH, Texas — Fort Worth Police Chief Neil Noakes says he’s skeptical about the benefit of creating a citizen review board, an added oversight panel that was recommended years ago but has been slow to develop.

In an interview this week, Noakes said the more he researches the idea, the more doubts he has.

“When we look across the country, what we’ve been seeing, I’ll be quite honest, I haven’t seen a lot of positive results. I don’t know what a positive civilian oversight board would look like here in Fort Worth,” he said. “If we can find something that works for everyone, that’s great. But I’ll be honest, the more I’m looking into it, the more I’m seeing less positive results from civilian oversight.”

When Noakes took over as chief in January, he seemed to support the idea.

“It’s coming whether we want to see it or not,” he said at his initial press conference. “My plan is to be part of the process.”

Cory Session was on the city’s race and culture task force set up after the controversial arrest of a Fort Worth mother in 2016. The woman and her daughter ended up being arrested after she called police about a white neighbor choking her son.

One of the task force’s recommendations was a citizen review board to provide an additional outlet for people who didn’t feel comfortable submitting police complaints to the police department and to review police policies and procedures.

Session points out in recent city council races, some members who won ran on the platform of police reform and instituting the board.

“The people have spoken, and now it’s time for the city to acquiesce and do what those citizens want,” he said. “It’s a different way to get another eye on the same information.”

Noakes said police monitor Kim Neal, who was hired in March of last year, is already doing much of the work a new citizen board would do.

“I’m not saying it’s something that could never happen here, but it’s something we have to consider carefully,” Noakes said. “We have to have a lot of conversations and see what, in addition to what Kim Neal is already doing and the boards and panels she put together, what benefit are we going to see for the City of Fort Worth.”

Noakes says his goal is to retain good officers and rid his department of those who shouldn’t wear a badge. When he took over as chief, he nearly immediately fired four officers in less than a month.

“I wasn’t trying to come in and do anything to make a statement,” he said. “These were just things that were presented to me and I dealt with them the way I felt was the right way to deal with them.”

According to the department, the reasons behind the dismissals included racist Facebook posts, theft, and drinking while intoxicated.

“For me, personally, what was going on behind the scenes was frustration, especially when maybe someone almost lost their job but then almost immediately seeing the same thing happen again,” Noakes said.

The department’s flurry of press releases about the firings have stopped. Noakes said that’s because officers have a clear understanding of the standards he expects.

State lawmakers passed some police reforms this year, and federal lawmakers are working on changes as well. Noakes believes the department is already ahead of them.

Other cities, including Dallas, already have a citizen review board. In Dallas, the board can subpoena witnesses but not officers. Noakes doesn’t believe any board created in Fort Worth would need that power.

“I don’t think the subpoena power is necessary,” he said. “That’s something that could be handled by the department itself if we were ever to deal with it.”

Session wants the chief to be able to appoint someone to the board and have the final word on punishment. He’s still confident the board will happen and expects police monitor Kim Neal to present options to city council in the next couple months.

In a statement, newly elected mayor Mattie Parker also said she expects Neal to share plans for the citizen review board soon.

RELATED: ‘It’s go-time in Fort Worth’: Mattie Parker sworn in as youngest mayor of any major US city

“I believe it’s important that we wait to hear the Office of the Police Oversight Monitor’s recommendations based on their expertise and research, and I look forward to reviewing and discussing those recommendations with my fellow councilmembers,” Parker’s statement said. “The recommendations are coming in the next few months, and Council will work closely alongside our community, our Police department, and senior staff to finalize our plans.”

Former officer Aaron Dean is accused of shooting and killing Atatiana Jefferson while she was in her home. He doesn’t have a set trial date, but it could come as soon as the fall, around the timeline for recommendations to get to council.

“When Atatiana Jefferson’s trial comes, people are going to be asking, ‘hey whatever happened to the citizen’s review board’,” Session said.

A new mayor and a council with five new council members will decide what change will look like in Fort Worth and if it happens at all.