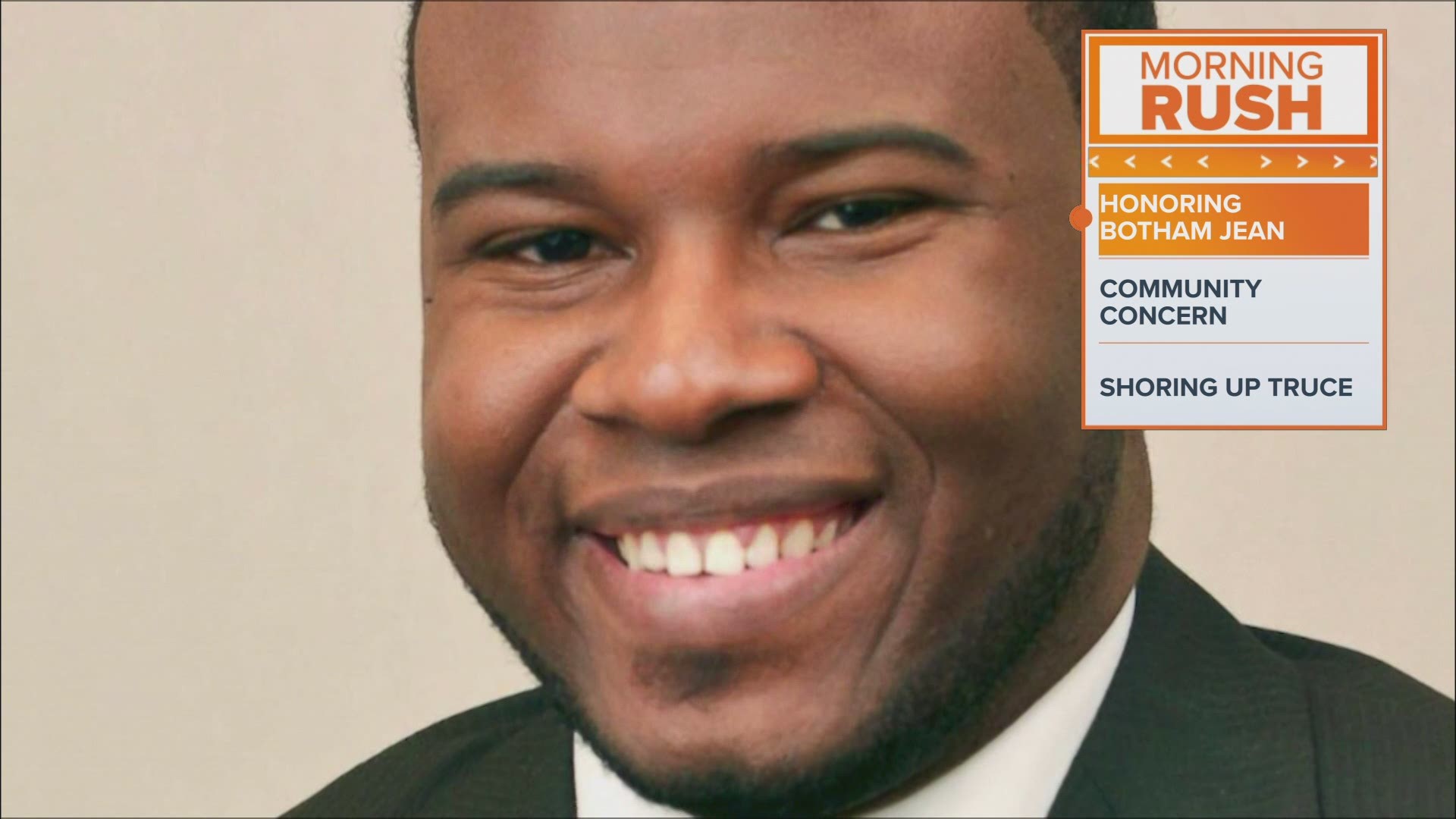 The initial version of "Bo’s Law" would have clarified the state’s castle doctrine and eliminate loopholes used for some defenses. It would also make it an offense for police to turn off body cameras during investigations, among other moves for transparency, according to Rep. Carl Sherman, Sr.

However, the Texas Senate passed the a version of the bill Monday night that only dictated rules surrounding police use of body cameras; provisions related to the castle doctrine did not make it into the final version.

In September 2018, Jean, who was 26 years old at the time, was shot and killed by Amber Guyger in his own apartment. Guyger was an off-duty Dallas police officer who said she entered Jean’s apartment believing it was her own.

A year later, Guyger was sentenced to 10 years in prison for his murder.

"The Botham Jean Act (HB 929) just passed the Senate. On the way to the Governor's desk. I was the Senate sponsor of the bill (SB 380). Standing with the House author of the bill, the Honorable Carl Sherman, Sr. We work together to get things done," the post said.

The Botham Jean Act (HB 929) just passed the Senate. On the way to the Governor's desk. I was the Senate sponsor of the...

HB 929 has support from some pastors, police and a variety of residents. However, some law enforcement associations were among those with concerns.

Some critics told the committee they believe the definition of “investigation” is too broad. They have questions about how long body cameras should be activated under the bill, access to video by open records, funding, storage, and witness privacy rights among other things.

Supporters and critics of HB 929 said they are willing to continue working with Rep. Sherman and the other authors.

Since Botham Jean's death, the North Texas community has done several things to commemorate his life and legacy.

In March 2021, Jean's loved ones, civil rights leaders, and clergy honored him at the special ceremony and sign unveiling in front of the Canvas Hotel, at 1325 S. Lamar Street. Part of Lamar Street was renamed.

And in September 2020, Jean’s family asked the community to "Be Like Bo" and do something for someone else, in honor of what would've been Botham's 29th birthday.

Allison Jean told WFAA that her son was constantly working on projects to help the needy and underprivileged. The family has taken on his passion and found avenues to help those less fortunate through the Botham Jean Foundation.

The family is calling on the community to display an act of kindness to someone on the day Botham died and on his birthday.

"Show kindness to each other, that's all...that would be honoring him," she said.

Editor's note: An earlier version of this story reported that the state's castle doctrine was revised under the bill that passed. It has been updated to reflect that only provisions related to body-worn cameras were in the final bill that heads to the governor's desk.