Chief Neil Noakes said the Fort Worth Safe program quietly launched earlier this year is leading to arrests, but homicides are at near-record levels. 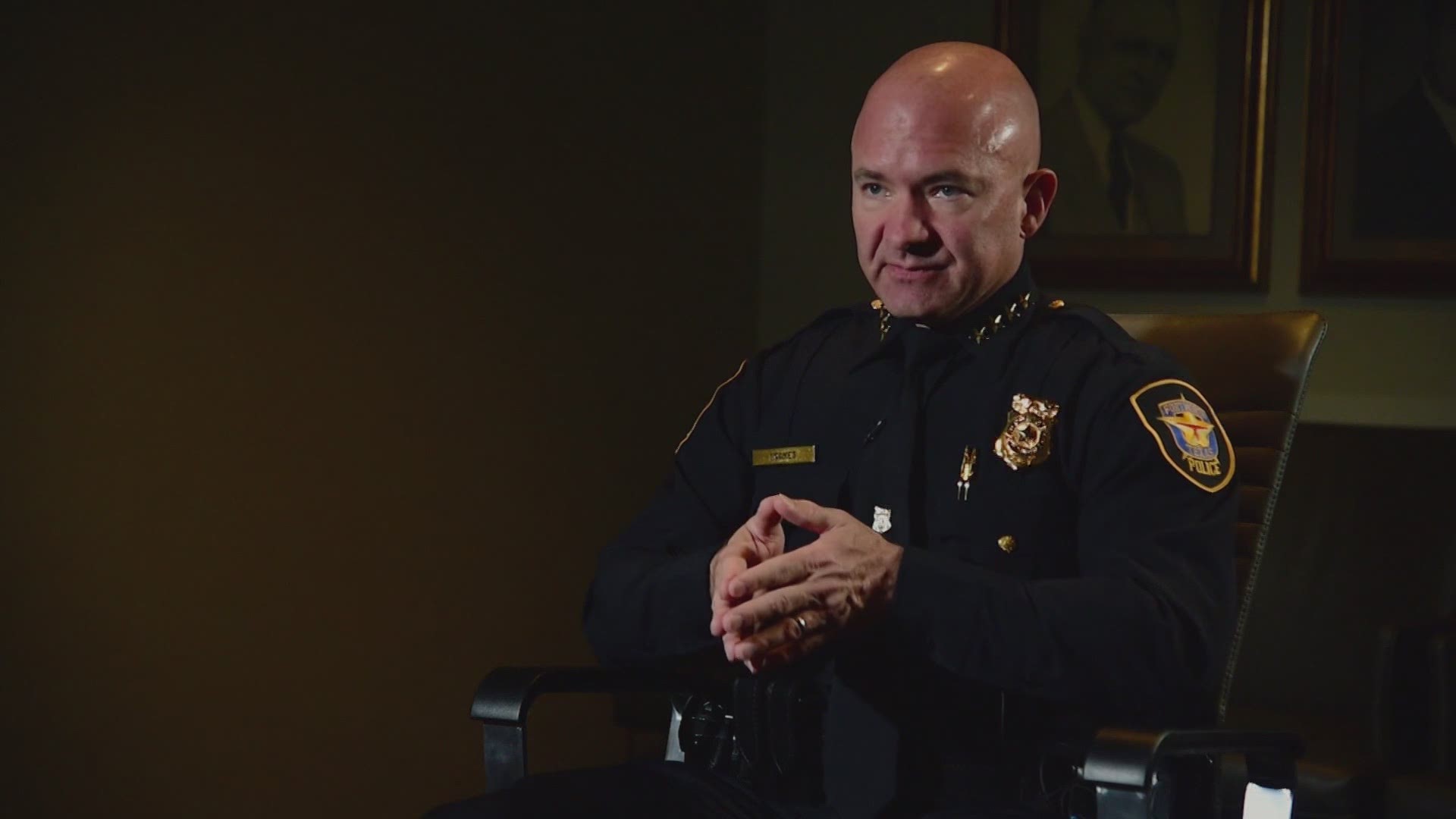 FORT WORTH, Texas — It's a trend cities across the nation are hoping to curb: a rise in violent crime.

Fort Worth's police chief, Neil Noakes, took on his new title and responsibilities just after the start of the year. And just weeks ago, the department launched Fort Worth Safe, a new summer crime program aimed at stopping the crime surge the city is seeing.

“What I want everyone to know is, I’m putting my heart and soul into this,” Noakes said. “We’ve taken well over 100 weapons out of the hands of violent criminals and we see doing even more and more as we go along.”

Fort Worth Safe relies on data to deploy officers and targets high-level offenses. The program has resulted in 116 arrests so far, according to department data. It’s also led to 87 new felony charges.

Violent crime, though, is rising in Fort Worth. So far, through July 13, the city had reported 61 homicides. Noakes said he expects crime to increase in the summer, which is a nationwide trend.

“I’m concerned, because I want to make sure we’re addressing any issues our citizens are dealing with,” Noakes said.

Part of the Fort Worth Safe plan is developing trust. Noakes said that starts with community conversations. The department is already preparing for the trial of former officer Aaron Dean, who’s charged with murdering Atatiana Jefferson. Dean’s case does not yet have a court date.

Community policing isn’t a new concept or talking point, but Noakes said his efforts will be different.

Noakes said his focus this summer is on both community safety and wellness - and adapting Fort Worth Safe if the spikes continue.