City manager David Cooke announced the selection Monday afternoon. Noakes has served with the department for more than two decades. 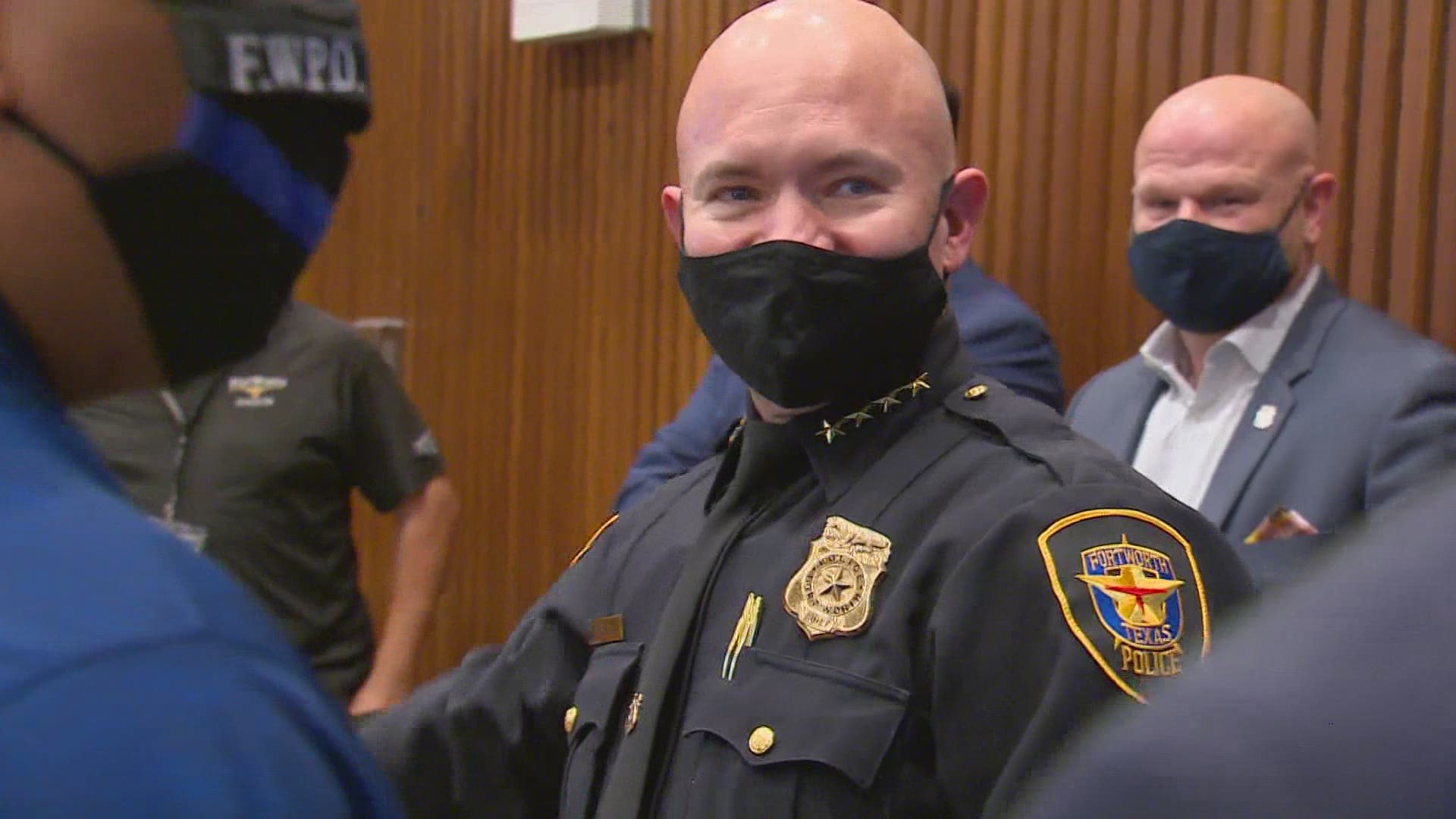 Updated at 4:23 p.m. with details from the city's news conference.

Cooke said the city needs a chief who understands the community, the need for trust, and is a "humble servant leader," naming Noakes the right man for the job.

"I think it's safe to say you're looking at the happiest man in Fort Worth right now," Noakes said during the official announcement.

Noakes has been a deputy chief in the Fort Worth Police Department since 2019, and with the department in general since 2000.

He was one of three internal candidates among the six finalists.

Noakes said he wouldn't be in the position to become chief without the men and women who put on a badge every day and serve the community.

Cooke said during the search, Noakes expressed a commitment to communication, collaboration and community service.

"All of us may not agree every day. As long as we agree to keep coming back to the table... there's nothing that we in the City of Fort Worth cannot accomplish together," said Noakes.

Noakes also spoke highly of other North Texas police departments and said he looked forward to collaborating with them to create positive reform in the community.

"In my opinion, at least in my career, it's the most turbulent time in policing," he said. "We have an opportunity now to do some amazing things to look for that positive reform, to look for community and connections. I think we do it on a regional rather than just city level, if we will be willing to get out and work together.

"I believe that the North Texas region has got some of the best policing going on in the country; most people just don't know about it. There are amazing things going on in Grand Prairie, Lake Worth and Burleson...And if we all work together and share those ideas, it'll make all of us stronger."

Noakes has most recently directed the South Command, which includes South, East, and Central patrol divisions. According to his online biography, he’s served in many capacities within the department, including DWI and internal affairs.

Noakes explained during a public forum earlier this month that he doesn’t just want to be a police chief; he wants to be police chief specifically in the city of Fort Worth. He said he’s spent a lot of time building relationships in his time on the force. His master's thesis in criminology and criminal justice from TCU was centered on training and community policing back in 2019, according to a Facebook post from the university.

He will face several key challenges in the role: bringing more diversity to a police organization that doesn't reflect the makeup of its community and continuing a process to bring more oversight and community involvement around issues of policing and racial tensions. 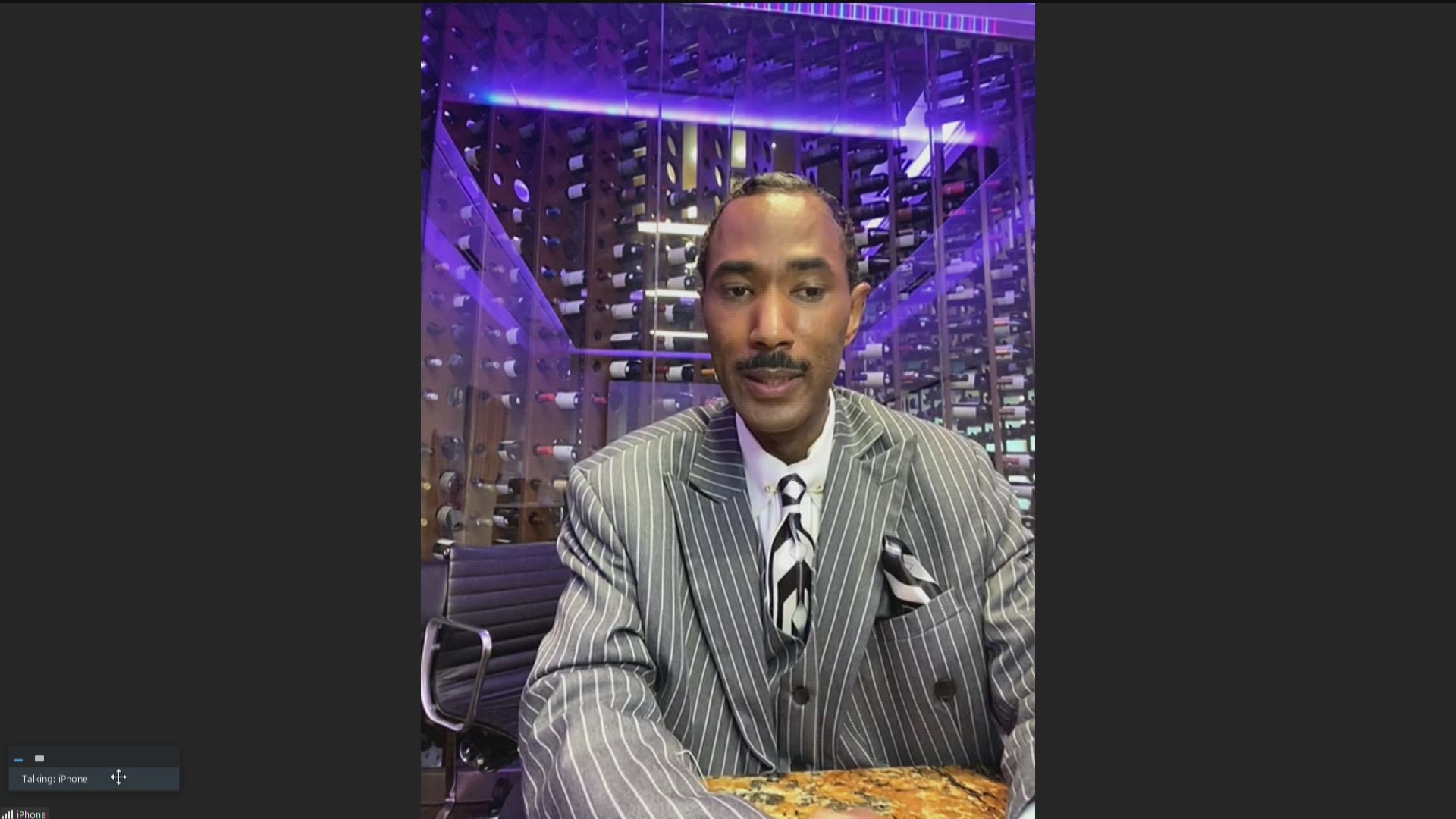 He also acknowledged the department’s make-up does not mirror the community’s make-up, and indicated they need to better recruit from and connect with under-represented communities. As of September 2020, the Fort Worth Police Department had 1,712 law enforcement officers across its ranks, with 69 vacancies, according to the department’s online demographics and diversity report.

That report shows a force that’s predominantly male: 87% of sworn officers are male and 13% are female.

Following a number of high-profile incidents and racial tensions in recent years, including two involving Black women living in Fort Worth and white police officers, the city has made changes.

After a December 2016 incident when officer William Martin became physical with a Black woman named Jackie Craig, who called the police for help, the city launched a Race and Culture Task Force to look at the issues facing the city in all aspects of government and beyond.

One of the task force's recommendations in regard to the police department was to create a Citizens’ Review Board to review issues and incidents. The independent oversight group would be made up of Fort Worth residents.

While that board has not been formed yet, the city hired for the first time a police monitor named Kim Neal, who will help in oversight and accountability. It’s understood Neal will help form the independent citizen review board, once it’s approved by the city council.

When it comes to a police monitor and independent oversight, Noakes said, “We can try to stand our ground and be stubborn about it and push back, or we can be a part of it. I choose to be a part of it.”

He added it behooves police to be at the table when they can.

At the news conference Monday, Noakes was asked what he would say to a young Black man who doesn't trust the police. He acknowledged the tensions between police and the community before again repeating his insistence on collaboration.

"What I'll say is that every member of our diverse communities of the City of Fort Worth matters. Everyone should be a part of this conversation. And for that young man specifically, I would like to buy him coffee. I'd like to buy him lunch. I would like to meet with him one-on-one. It's one thing to hear me say this, looking at the camera. It's another thing to hear me say it across the table."

Noakes also addressed both officer morale and officer recruitment when asked questions about it during the forum with the public. On morale, he said police officers should be involved in the changes that are being implemented about them and should have a say when they can.

Noakes has a bachelor’s degree in criminal justice from Tarleton State University in addition to his master's from TCU.

The five other finalists were: