Maj. Vince Weddington is being investigated for allegedly asking a detective to destroy a document in a high-profile murder case. 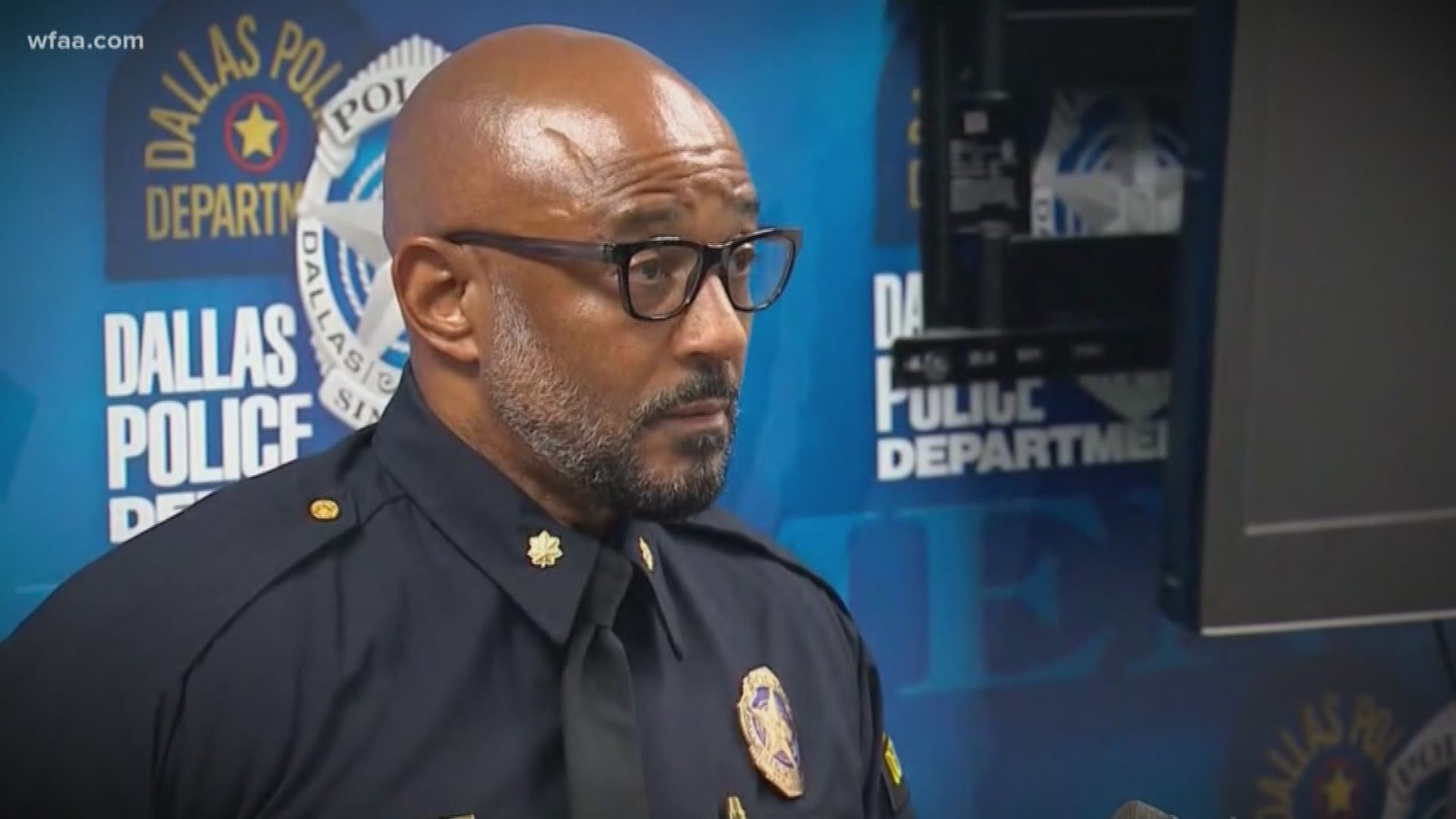 DALLAS — The Dallas Police Department is investigating one of its highest-ranking officers in charge of the Crimes Against Person’s Division.

WFAA has learned that Maj. Vince Weddington is under criminal investigation and there’s an internal affairs complaint that he allegedly asked a detective to destroy documents in a high-profile murder case.

The victim’s mother worries the case has been mishandled and her daughter may not get justice.

Donnita Russell said she fears her daughter’s case is in jeopardy.

”I am very displeased,” she said.

Russell’s daughter, Shniquia Simington, was shot and killed in March 2018 by a security guard outside King’s Cabaret in Dallas.

The case has led to multiple investigations on how it’s been handled.

”I feel like the department should have handled this case better than they did,” Russell said.

The original detectives on this case wanted to refer it to a grand jury to decide if the security guard, Daniel Taylor should be charged with a crime, but there was pressure from community activists to arrest Taylor for murder without a grand jury.

Chief Renee Hall called a meeting with the victim’s family.

They say she spent most of the meeting criticizing detectives in the special investigative unit handling the case.

"I didn’t get any resolution after leaving other than I am sorry and I apologize,” Russell said.

Shortly after that meeting, the detectives and the deputy chief in charge of the unit were transferred out. So, Weddington took over the investigation with new detectives.

Sources say during a meeting with current and former detectives about the case, Weddington asked a detective to shred a document detailing concerns about the investigation.

It’s illegal to shred documents that should be turned over to defense attorneys. It’s exculpatory evidence.

DPD has launched a public integrity investigation and there's a request for an internal affairs investigation.

Now, Simington’s mother fears that the internal struggles about the case within DPD may end hurting her chance for justice.

”I’m just hoping that we go through with it and justice is served,” Russell said.

Typically, when an officer is under criminal investigation they are either placed on restricted duty, reassigned or placed on administrative leave.

Chief Hall has left Major Weddington in charge of the Crimes Against Persons Division.

DPD issued a statement confirming there’s a public integrity investigation into Major Weddington but said they could not comment further since it’s ongoing.