Victims pass out after given substance to smoke in Deep Ellum area robberies, police say

In three separate robberies, the victims said they were given a substance they believed to be marijuana before they passed out and were robbed. 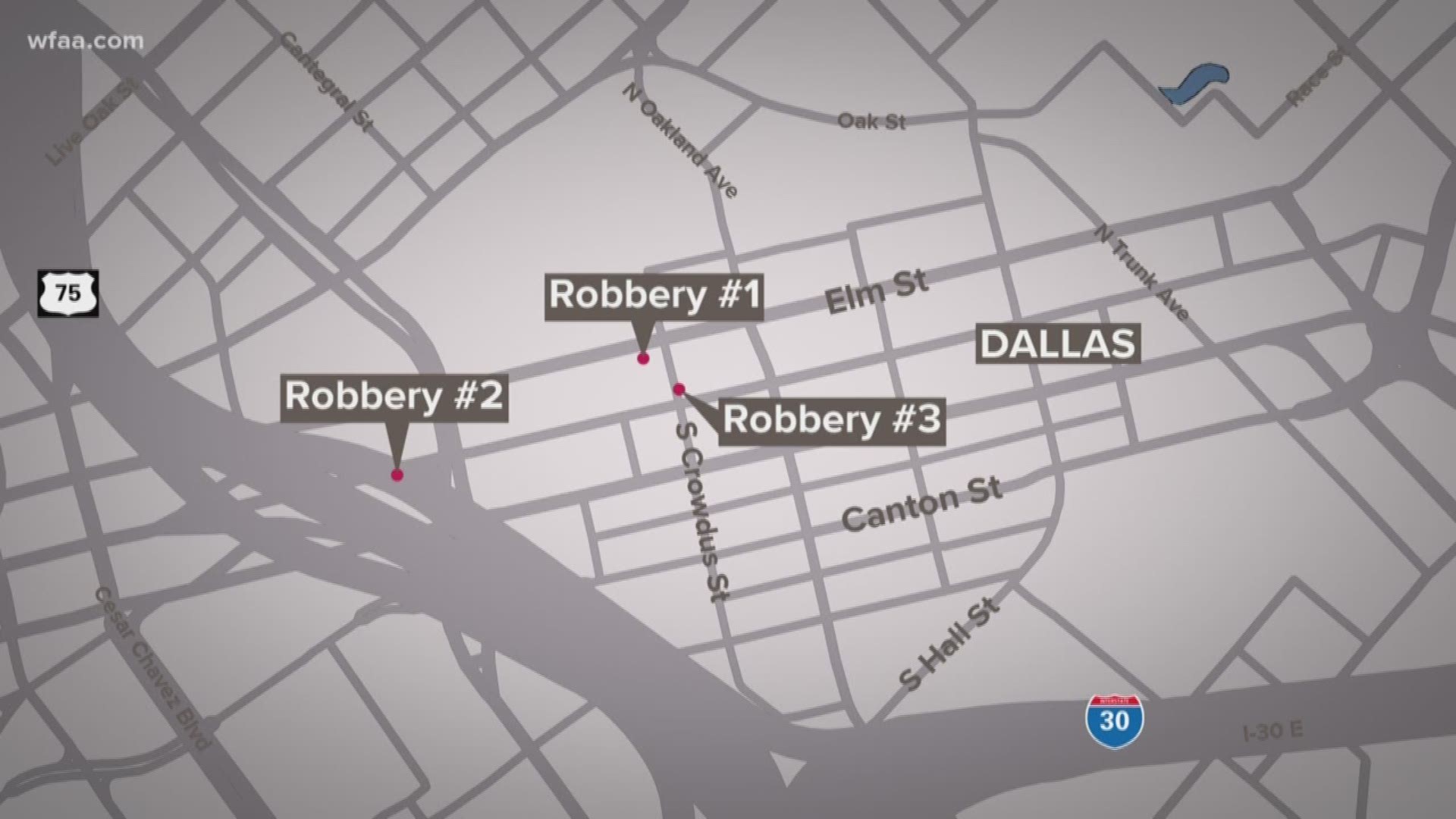 Dallas police say three robbery victims told authorities they were offered marijuana before they passed out and were robbed.

Authorities said the victims were all targeted within a four-day period in the Deep Ellum area of Dallas.

The first robbery happened at about 1:35 a.m. last Thursday. The victim told police two men approached him and offered him marijuana. He said he passed out after he took a drag.

When he came to, he discovered he had been robbed.

An officer found the first victim passed out at about 2:30 a.m. Sunday in the 2500 block of Main Street. The second victim was also found passed out about 30 minutes later.

Both said they were approached by a man who offered them marijuana. When they accepted and took a drag, they passed out and woke up to find their property missing.

The victims gave a similar description of the suspect. They said he was a black male between 20 to 30 years old. The first victim said the man was wearing blue pajama pants and a gray shirt.

Anyone with information in connection to the robberies is asked to call the Dallas Police Department at 911.