Reynolds was seen walking in his apartment complex when the suspect, who’d just dropped off groceries in another apartment, walked up, police said. 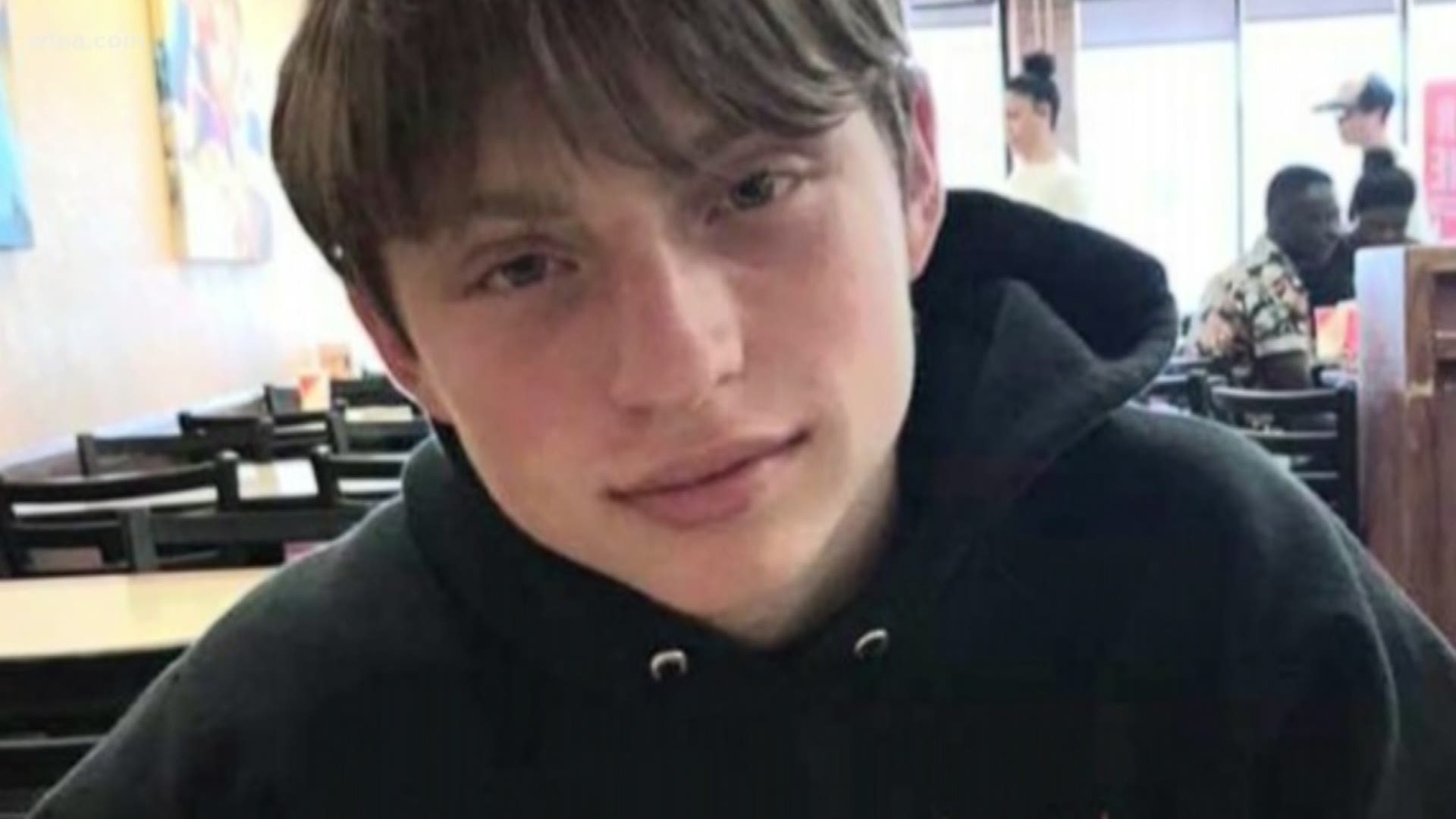 ARLINGTON, Texas — Sam Reynolds was just 16 years old, described by his mother as compassionate and caring. He was caring enough, police say, that his family reported he broke up a bullying incident between a teenager and a smaller boy just days ago.

“And after he broke up the fight, he started having some trouble with the suspect,” said Arlington Police Lt. Chris Cook.

Cook said the teenager involved in that incident, who is between 13 and 15 years old, was arrested Thursday and now accused of killing Reynolds.

The shooting happened Thursday afternoon and, Cook said, it was all caught on camera.

Reynolds was seen walking in his apartment complex when the suspect, who’d just dropped off groceries in another apartment, walked up, police said.

“Within just a matter of a couple of seconds, he pulls out a handgun from the rear part of his pants,” Cook said. “He points it at the victim and fires one round.”

Reynolds, a sophomore at Arlington High School, died at the hospital.

“Makes no sense at all. Guns, out of all things,” said Malyque Flood, also a sophomore at Arlington High School.

“An innocent mother lost her child and it’s just really sad to think about that,” he said. “No mother or parent should ever go through that.”

“Any time you have guns involved with kids, it begs the question—how did he get the gun?” Cook said. “That’s something we want answers for.”

Police said the suspect used a .40 caliber semi-automatic handgun, which they have not located.

Police said the suspect has been charged with murder in juvenile court, but it’s unclear if he’ll be tried as an adult.

“We are sick and tired of children in our community coming into contact with firearms and possessing them and using them in these types of manners,” Cook said.

Reynolds is already the city’s sixth homicide of the year; a victim so young, with so much potential.

“He was so compassionate and cared so much about his friends and family. He was passionate about soccer and music. He was very loyal and had a great sense of humor,” Reynolds’ mom Madison Fletcher said. 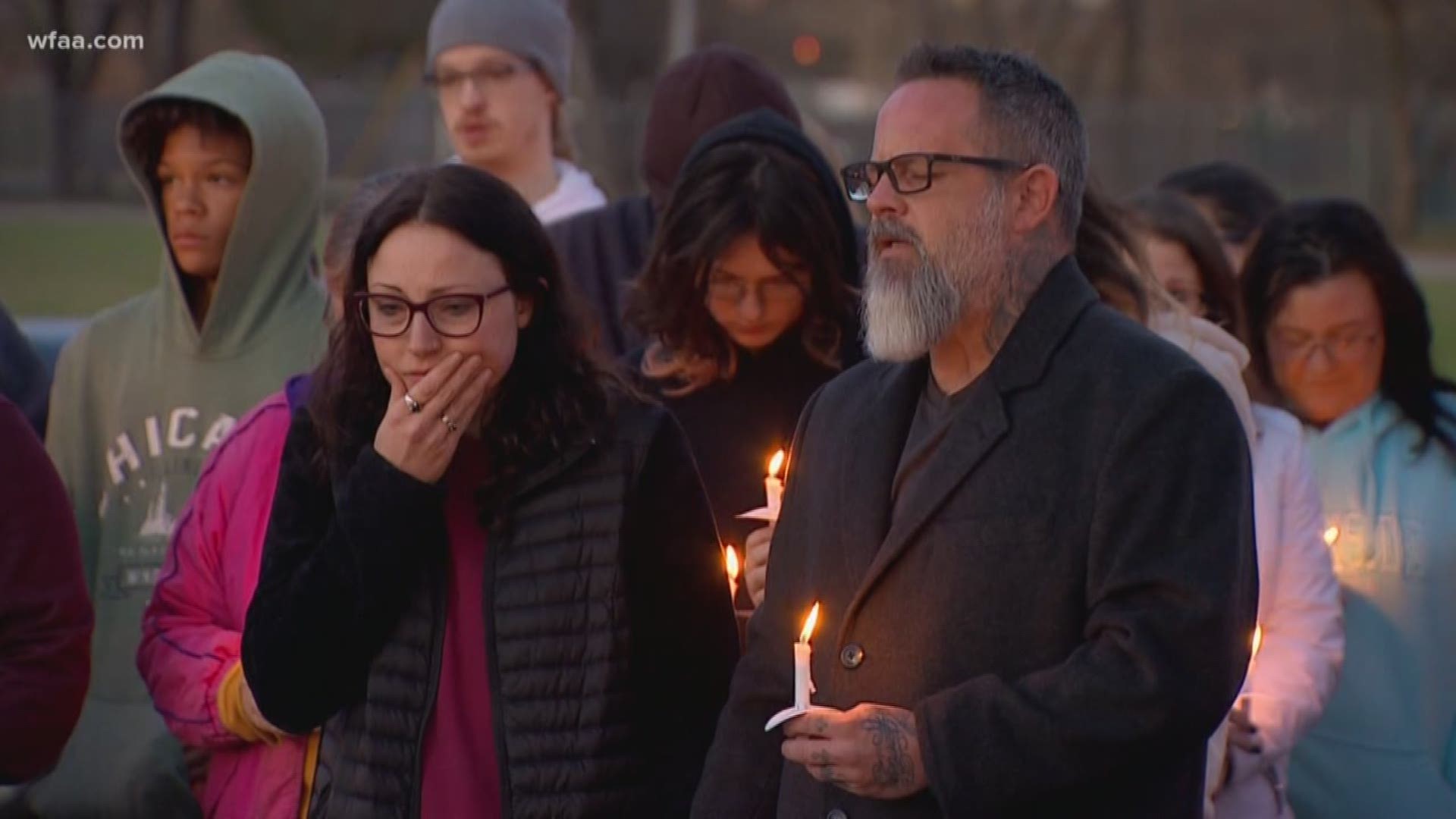 "For a child to go get a gun because he defended a young person...disgusts me."

Classmates and family held a vigil in the parking lot of Arlington High Friday night.

Reynolds was formerly a member of the school's junior varsity soccer team, and many of his teammates showed up.

Russell Laniyan, a sophomore, told the crowd that Reynolds once gave his own personal cleats to him because he didn't have any.

"He would do anything to support his friends and anyone he found close to him," Laniyan said. "I thank him for the impact that he made on my life."

Shay Tyes, a close friend to Reynolds' mother and father, told WFAA that she couldn't believe Reynolds was likely killed for doing what was just.

"For this child to go get a gun and kill someone because he defended a young person...it disgusts me," Tyes said. "It hurts me to the bottom of my soul, it's unbelievable."

Reynolds' mother thanked everyone for coming and encouraged people to share stories. She received one hug after the other.

The hurt in her eyes was palpable, but Tyes said she can at least take comfort in the fact that her son did the right thing.

"At least he went for a good cause, we try to think that," Tyes said.