'I don't ever recall a New Year’s Eve like this': Arlington PD has busy overnight, investigating two homicides in first 40 minutes of 2021

“There were so many irresponsible people last night, shooting firearms in the city,” Lt. Christopher Cook. “It's just a very somber mood on staff today.” 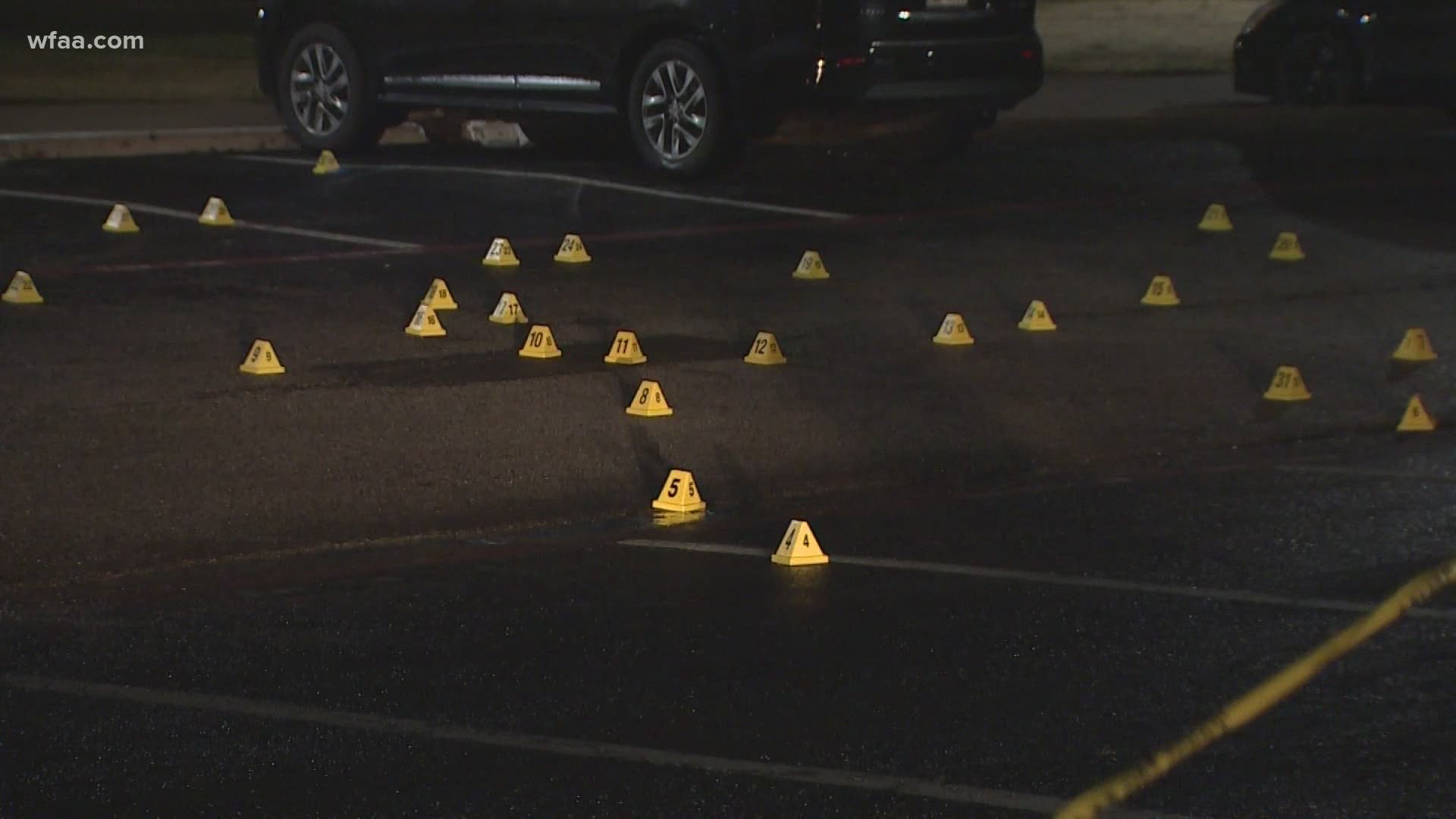 ARLINGTON, Texas — The Arlington Police Department responded to at least four shootings – including one that ended in the death of a 4-year-old boy – in a seven-hour overnight span during the New Year's holiday.

“I don't ever recall a New Year’s Eve like this," Lt. Christopher Cook said. "You will always run to some fireworks calls. You’ll run to some shots-fired calls. But typically, what we worry about is intoxication manslaughter cases and fatality crashes."

Cook said the shootings stemmed from residents using firearms to celebrate the New Year, but they ended in injury or fatality.

"We’ve never, to my knowledge, dealt with this many shootings and certainly, (ones) of this magnitude, in such a short amount of time.”

One of the first shootings of the night happened around 7 p.m. on Dec. 31. A woman showed up to Arlington Memorial Hospital with a gunshot wound to her thigh after she told police “her boyfriend accidentally shot her.”

While the officer and two guards were watching video inside the apartment complex’s leasing office, they “heard semi-automatic gunfire” that was “probably an AK-47,” Arlington police said.

The trio went outside to investigate, and that’s when one of four suspects began firing at the officer and two security guards, who returned fire.

One of the security guards suffered a “superficial graze wound.” No one else was injured.

Three people were arrested. Police are still searching for the fourth suspect and the rifle.

“The subjects that we arrested said (they) went to Las Lomas Apartments because (they) were going to fire the rounds in the air. That’s all (they said they) wanted to do before (they) got confronted by the security guards and the police officer,” Cook said.

At 12:25 a.m., Arlington police found a woman with a gunshot wound to the head on the back porch of a home on Connally Terrace.

Police said the victim’s sister called 911 and claimed the victim’s boyfriend shot “a gun off to celebrate” and “the gun accidentally went off and struck my sister.”

At 12:36 a.m., police responded to an apartment complex in the 700 block of Washington Drive after a witness told police “they saw two people exit an apartment after gunfire and they were holding what appeared to be a small child that was bleeding.”

That’s when Arlington police got a call from the Grand Prairie Police Department, telling them four people showed up to a hospital with a 4-year-old boy with “a very significant headshot wound.”

Zantyler Foster-Hooks, 21, was arrested and charged with manslaughter. Arlington police said both Foster-Hooks and the 4-year-old were living at the Washington Drive apartment.

“He claims that they were dancing, celebrating New Years. He had his gun out. It accidentally went off and struck the child in the head,” Lt. Cook said.

Police are still investigating the relationship between the two.

“There were so many irresponsible people last night, shooting firearms in the city,” Cook said of all the shootings. “It's just a very somber mood on staff today.”