Police groups oppose limiting the discretion of officers to make those types of arrests. 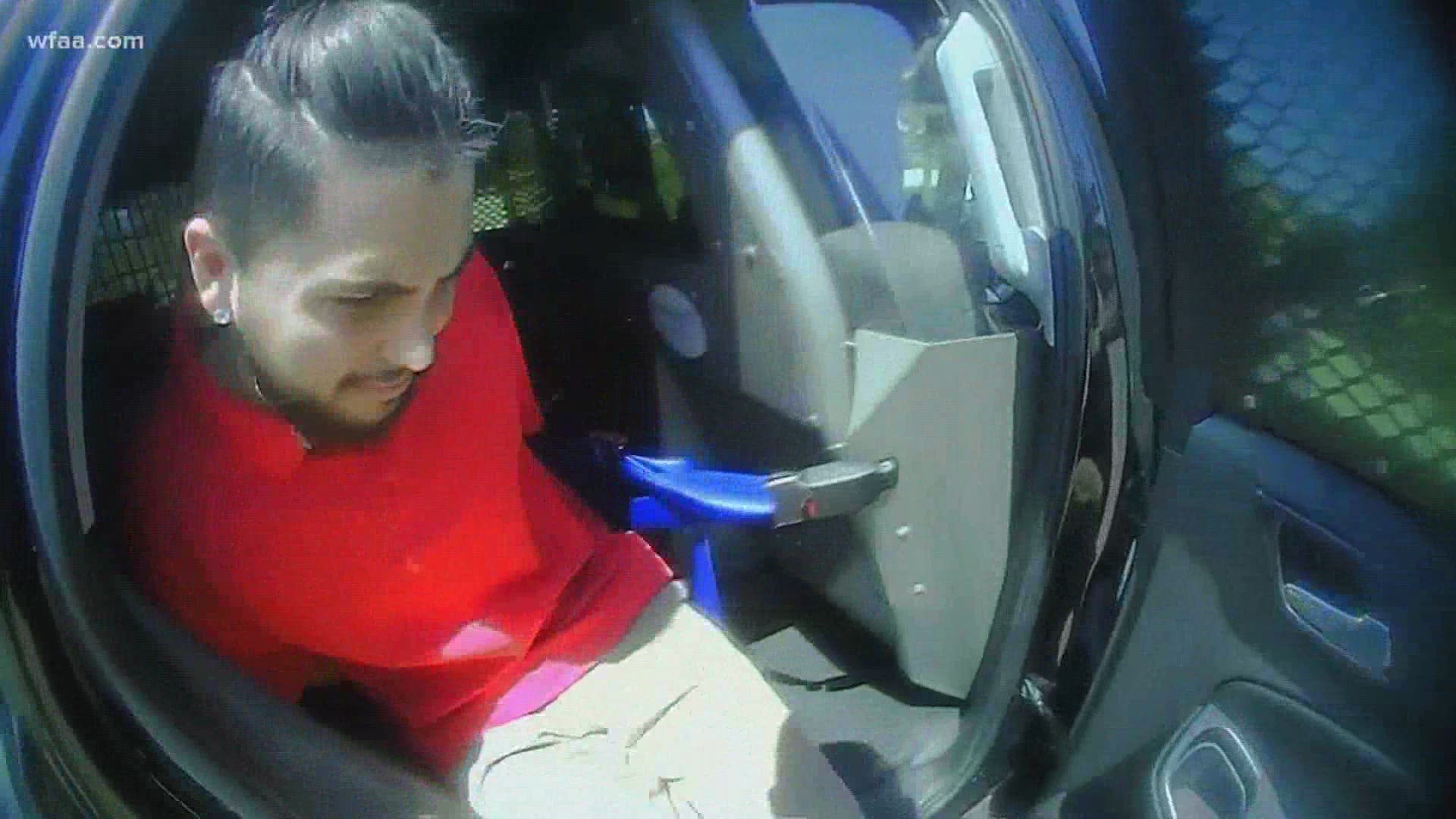 As Keller police body cam shows, when Dillon Puente refused to consent to his car being search, Sgt. Blake Shimanek decided he needed to go to jail.

“I’m going to jail? For what?” Puente asked, the body cam shows.

“Just a violation for a wide right turn,” Shimanek told him.

Once Puente was in custody, Shimanek then had the legal right to search his car. Body cam video shows the officer found nothing illegal inside the car.

His father, who was also across the street recording on a cell phone, was pepper sprayed and arrested in an incident sparking national outrage.

Charges against father and son were quickly dropped. Shimanek was demoted the next month after an internal affairs investigation.

But what happened that day raises another question: Should lawmakers strictly limit when police can make arrests for Class C misdemeanor offenses, which are punishable only by a fine?

“It's a classic case study for exactly why that legislation is needed,” said Scott Henson, a police reform advocate who writes the Grits for Breakfast blog, focusing on police and criminal justice issues.

Already there are several traffic offenses –speeding, texting and driving and having an open container -- for which officers generally cannot arrest a person.

The state’s largest law enforcement police association, the Combined Law Enforcement Associations of Texas, has supported some expansion of that list in the past but fears expanding it too far would jeopardize public safety.

“Removing discretion from an officer is taking away a tool from them that could potentially curb a future incident from occurring,” said Jennifer Szimanski, a CLEAT spokeswoman. “We feel like discretion is a powerful tool.”

For decades, Henson and other police reform advocates have been pushing to strictly curtail arrests for most fine-only offenses. They argue that arresting for Class C offenses has a disproportionate impact on minorities and the working poor, and often times it’s used as a way to be able to search someone’s vehicle if they won’t consent to a search.

The Sandra Bland case put the issue in the national spotlight.

Bland was pulled over by a Texas Department of Public Safety trooper for failing to signal, an offense punishable only by a fine. During the stop, he threatened to “light” her up with a Taser when she questioned she was being arrested.

Bland was taken to the Waller County jail. She died in her jail cell. Her death was ruled a suicide.

Her death led to the 2017 passage of the Sandra Bland Act, which among other thing mandated that police departments report Class C misdemeanor arrests.  A provision that would have limited such arrests was stripped out.

Henson says the data gathered as a result of the act shows that very rarely do Class C arrests lead to something more serious.

Texas Appleseed, a social justice nonprofit, released a study last year looking at jail booking records from 12 of the state’s largest counties in 2017. It found more than 30,000 people were booked into Texas jails solely for Class C misdemeanors.

East Texas Republican Rep. James White sponsored legislation last session that would have forbidden arrests for such fine-only offenses with some exceptions.

He told WFAA that generally arresting someone for a fine-only offense is a waste of taxpayer resources.

“We want to make sure that we're judiciously and prudently using the resources of the state to detain folks,” he said. “Anytime you’re arrested, any time you’re confined, that is most expansive form of government coercion. That is a limitation on your freedom and whenever we decide to do that I think it should be of proportionate concern.”

CLEAT ultimately supported White’s bill after he made exceptions that included offenses such as domestic violence and voyeurism.

White’s bill passed in the House, but died in the Senate.

For the upcoming legislation session, bills are already being filed seeking to end arrests like those of Dillon Puente and Sandra Bland.

“The legislature has authorized this behavior explicitly and the only way it’s going stop is when they deauthorize it,” Henson said.