Keller City Council members were scheduled to be briefed on the case Tuesday night. 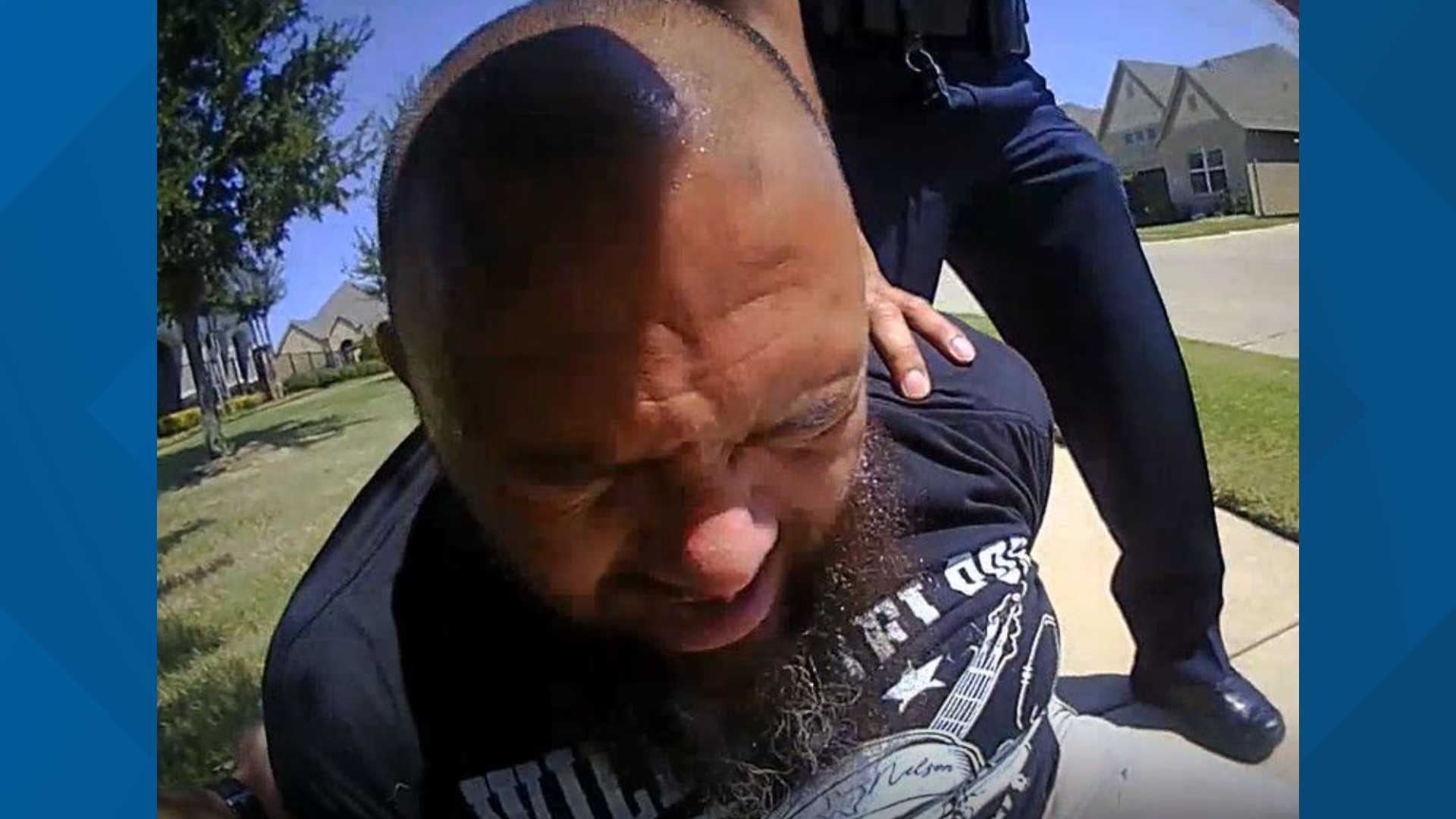 Since WFAA first aired the story last Monday, publications ranging from TMZ to the New York Times have done their own stories showing the August arrests of Marco Puente and his son, Dillon.

Keller City Council members were scheduled to be briefed in an executive session Tuesday evening.

“It bothers people because I think everyone looks at this and says, ‘That could have been me,” said Scott Palmer, an attorney representing Marco Puente in a lawsuit filed against the two officers this month.

LULAC is now calling for Officer Blake Shimanek, who was demoted over the incident this past September, to be fired for what they believe was an incident of racial profiling. They are also calling for Keller police to take another look at the actions of Officer Ankit Tomer, who pepper sprayed the elder Puente.

The organization is also asking for the case to be reviewed for potential federal civil rights violations.

“It's a situation where things like this shouldn’t happen,” said Eric Cedillo, a legal advisor to LULAC.

Robert Davis, an attorney representing the two officers in the federal lawsuit, declined to comment, saying he was doing so “out of respect for the Federal Court” and that he would “respond to the Plaintiff’s allegations through pleadings filed with the Court.”

A response from the officers is due in court by Jan. 6.

The incident that led to the lawsuit occurred when Shimanek pulled Dillon Puente over on a traffic stop. When the officer walked up to the car, Dillon began rolling up his window. Shimanek told him to roll it back down.

He then told Puente that he pulled him over for making a wide right turn. He also questioned Puente about why he tried to roll up his window. He ordered Puente out of the car and placed him in handcuffs.

“Why on earth are you acting like this?” Shimanek asked.

“I was just nervous, man,” Puente told him.

Shimanek wrote in a police report that he detained Dillon Puente because he was worried about his safety.

About that time, Puente’s father drove up in a black truck, asked his son what’s going on and began recording on his cellphone.

The bodycam shows Shimanek telling Marco Puente that he is interfering with his job and will be arrested for blocking a roadway if he does not park the vehicle and get out.

The elder Puente parked the truck, got out and continued videoing on his cellphone from a sidewalk across the street.

When Tomer arrived on scene, Shimanek told him, “Just watch him,” gesturing toward Marco Puente. When Marco questioned why they would watch him, Shimanek told Tomer, “Better yet arrest him.”

“For what?” Marco asked.

“For blocking a roadway,” Shimanek responded.

Tomer’s bodycam shows him ordering Marco to put his phone down and put his hands behind his head. Marco continues to question the officer, saying, “I’m not blocking anything.”

By then, Shimanek joined Tomer and the two officers wrestled Marco to the ground and handcuffed him. Tomer pepper sprayed Marco in the face and head after Shimanek ordered him to do so.

On his bodycam, Shimanek can be heard telling another supervisor that Marco had “walked up” into his scene “multiple times,” although the video clearly shows the Marco Puente never attempts to approach him.

Marco was arrested on charges accusing him of resisting arrest and interfering with police. The charges have since been dropped.

“It doesn’t look like there’s any justification for his arrest,” Cedillo told WFAA. “It looks as though this officer was retaliating against Mr. Puente. He did absolutely nothing wrong. He was across the street recording. The First Amendment provides that ability do that.”

Shimanek’s bodycam also shows him put Dillon Puente in a police vehicle. He told him he found his behavior suspicious and asked if he has ever been in trouble before.

Dillon told the officer he’s been arrested for marijuana. He denied having anything illegal in his car. When Shimanek asked if he can search, Dillon responded, “I don’t want you to. It’s my right.”

Shimanek eventually decided to arrest the younger Puente on the Class C misdemeanor offense of making a wide right turn, an offense punishable only by a fine.

Because Dillon was in custody, the officer was legally able to search the car without Dillon’s consent. The bodycam shows he found nothing illegal during the search.

A few days after his arrest, Keller police dismissed the citation. Dillon was issued a refund for the fine he paid, a police spokesman told WFAA.

Cedillo told WFAA that he’s concerned based on what he saw in the videos that this was a pre-textual stop.

“It appears this officer thought there were narcotics in this vehicle,” he said. “Judging from the video that appears to be the sole rationale for that was it was a young Hispanic male driving in that neighborhood.”

Police records obtained by WFAA show that in 2016, an internal review found he went into a home without a search warrant and without consent from the homeowner.

Two years later, records show he was reprimanded after he made a comment derogatory comment about women carrying guns.