A new lawsuit filed against the two officers says Keller police leadership called the use of force and arrest of Marco Puente “inappropriate.” 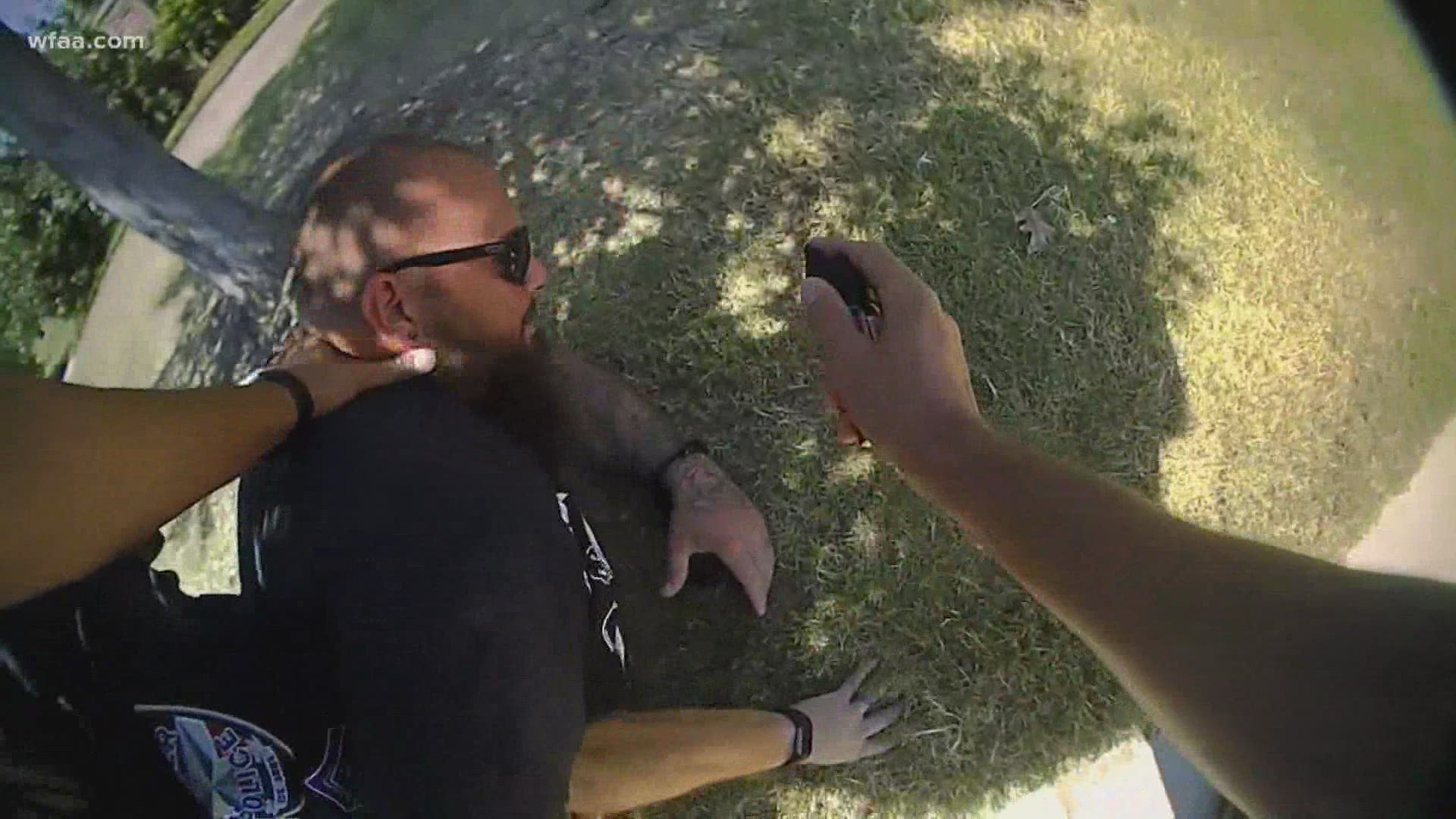 A North Texas man is suing two officers in the Keller Police Department following his arrest in August. Keller PD demoted Sergeant Blake Shimanek for his role in the incident.

The arrest occurred Aug. 15 when 22-year-old Dillon Puente was pulled over for making a wide right turn. Puente was on his way to his grandmother’s house when he was stopped in the Riverdance neighborhood.

Bodycam video shows Shimanek ask Dillon to get out of the car before he places him in handcuffs. In a police report obtained by WFAA, Shimanek said he detained Dillon because he was worried about his safety.

“He was ticketed and taken to jail for a wide right turn,” said Dillon’s dad Marco Puente in an interview with WFAA.

Marco Puente was following Dillon to his grandma’s house, and he pulled up his vehicle after he saw his son was pulled over by police.

Bodycam video shows Shimanek threaten Marco Puente with arrest if he continued to remain in the roadway with his truck.

After obeying the order to move his vehicle, Marco started recording his son’s arrest on his cellphone, while he was waiting on the sidewalk across the street from the scene.

“The officer didn’t like me being there recording anything,” Marco told WFAA.

“Put your phone down,” Tomer said, while his body-worn camera recorded. “Put your hands behind your head.”

“This guy is arresting me for just standing here,” Marco said in video captured by the body-worn camera.

“They tried to take me down and pepper spray me, and it was a fiasco,” Marco told WFAA.

Dillon Puente ultimately paid a ticket for his wide turn.

But a new lawsuit filed against the two officers said Keller PD leadership called the use of force and arrest of Marco Puente “inappropriate." The lawsuit says two days after the incident, the police chief met with Marco to apologize for the officers’ conduct “and to reiterate that Officers Shimanek and Tomer were in the wrong, not Mr. Puente.”

When contacted, Keller police were quick to provide WFAA documents into their investigation of this incident, but said they cannot publicly comment due to the ongoing lawsuit.

Scott Palmer is Marco's attorney. He said the lawsuit is about accountability.

“Marco is not a criminal. This is a man, a concerned father, and if this can happen to him, it can happen to anyone,” Palmer said. “These officers knew better. I believe they were trained better, but why did they not execute better? I don’t know.”

Police records show Shimanek has had previous problems as a Keller officer. In 2016, an Internal Affairs review found that he entered a home without a search warrant and without approval from the homeowner.

In 2018, Shimanek's discipline file shows that he was reprimanded after he made a comment in reference to "women not carrying guns because they would not be able to protect the children during a school shooting."

Now, in this 2020 incident, another Internal Affairs review has found misconduct. This time, it is has led to Shimanek's demotion from his rank as a sergeant to officer.

Keller police said Officer Tomer, also named in the lawsuit, was not punished as he arrived later and was working under the orders of his then sergeant.

“Who gets pulled out of a car and cuffed for a wide right turn?” Marco said. “Nobody. Nobody.” 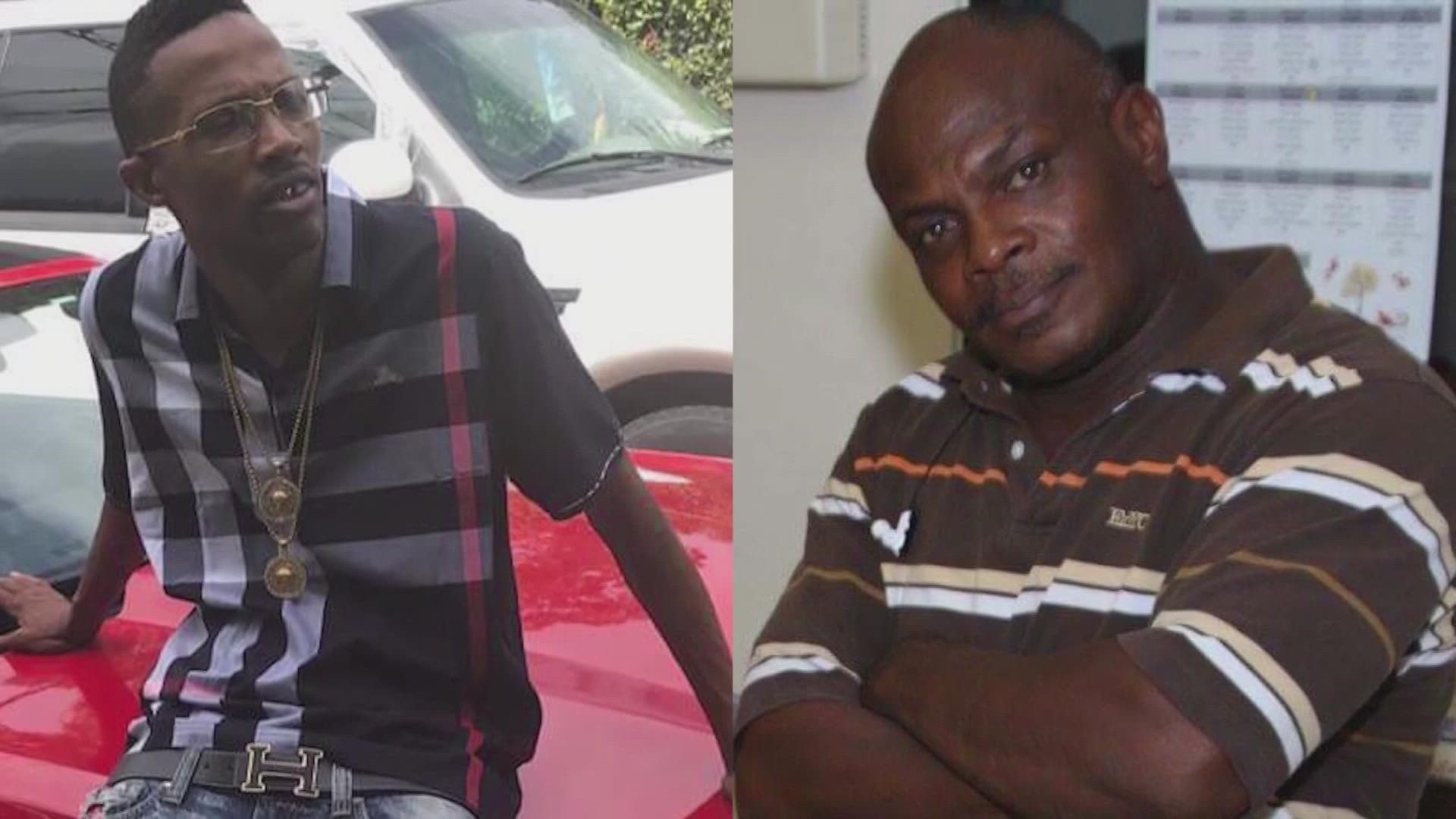