Home destroyed, but dishes left intact: Neighborhood hit hard by Dallas tornado one of the city's most exclusive

Strait Lane is known for the multi-million dollar mansions and estates that line both sides of the road. 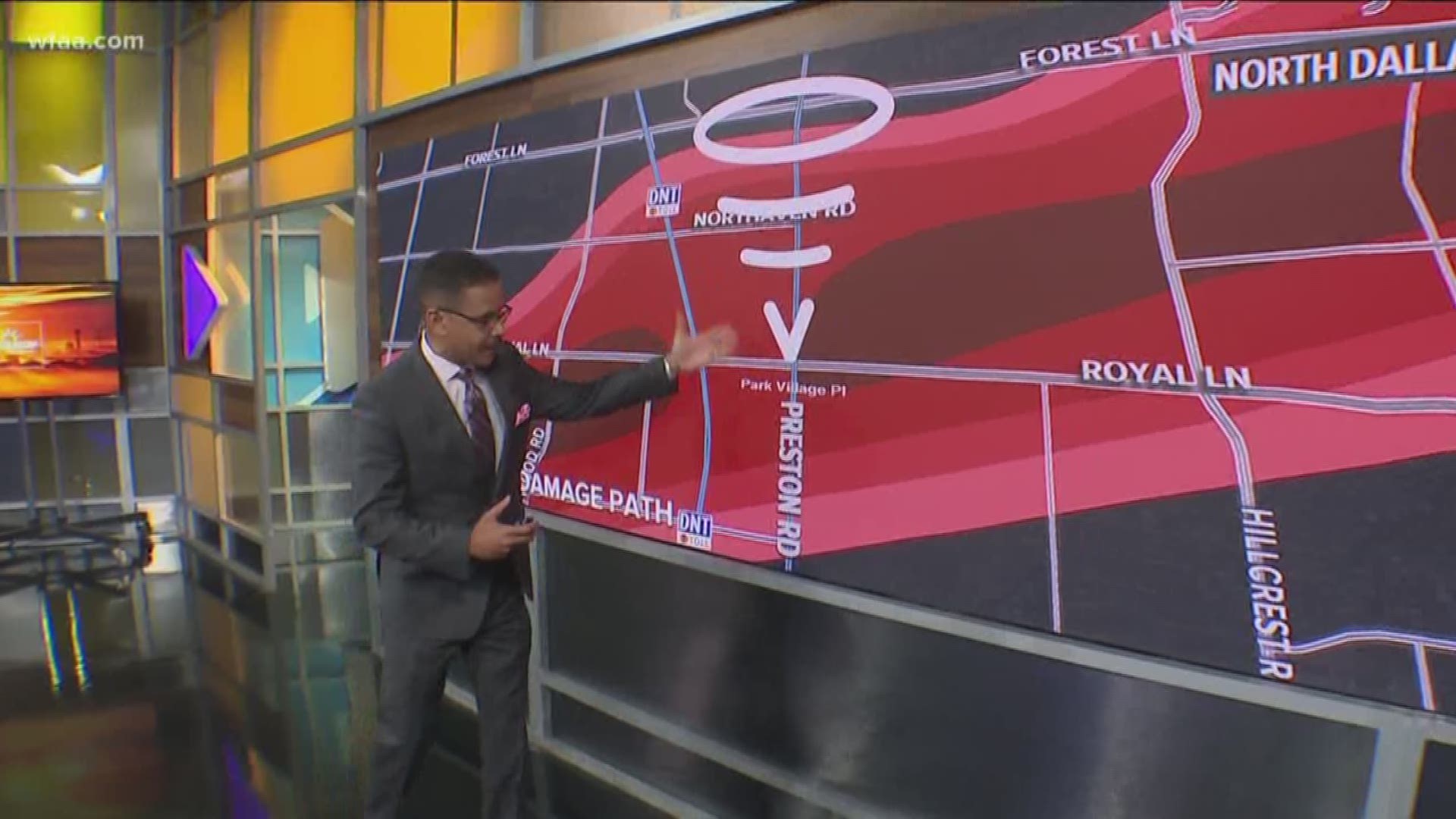 DALLAS — Some of the homes hardest hit by Sunday night’s tornado are in the most exclusive neighborhoods in Dallas.

Strait Lane is known for the multi-million dollar mansions and estates that line both sides of the road. Several homes were heavily damaged there.

One block west of Strait Lane is Dorset Place.  Three of the four homes on the street looked like they might have to be torn down and rebuilt.

Around 4 a.m. Monday, search and rescue teams from various fire departments brought in dogs to search for any victims on Dorset Place. Thankfully they found none.

As the sun came up, Mason Smith, who had been visiting his daughter’s home on Dorset Place, came out to see the damage in the daylight.

“Three grandchildren, a total of seven of us and two dogs, were in the little bathroom and you could hear the noise,” he said. “We started hearing things being jostled on the inside of the house and you could hear things banging and breaking and hitting. And then my wife just started praying - we didn’t know if the house was going to still be standing or not.”

When the weather calmed down, Smith and his son-in-law walked outside and were awe-stricken by what they saw. The second floor was ripped off the home belonging to the neighbor across the street.

The woman who lives in the home walked out her back gate on her own, much to their relief, Smith said.

After the sun came up, one other oddity was revealed: despite most everything in Smith’s neighbor’s home being destroyed, the woman’s dishes were still intact, stacked inside glass-door cabinets hanging on the kitchen wall.

RELATED: 'This, too, shall pass': A look inside surviving the Dallas tornado