Robbie Richard and Neil Marek live and work in North Dallas, not far from Harry Hines and Walnut Hill, one of the hardest hit areas in Sunday’s tornado. 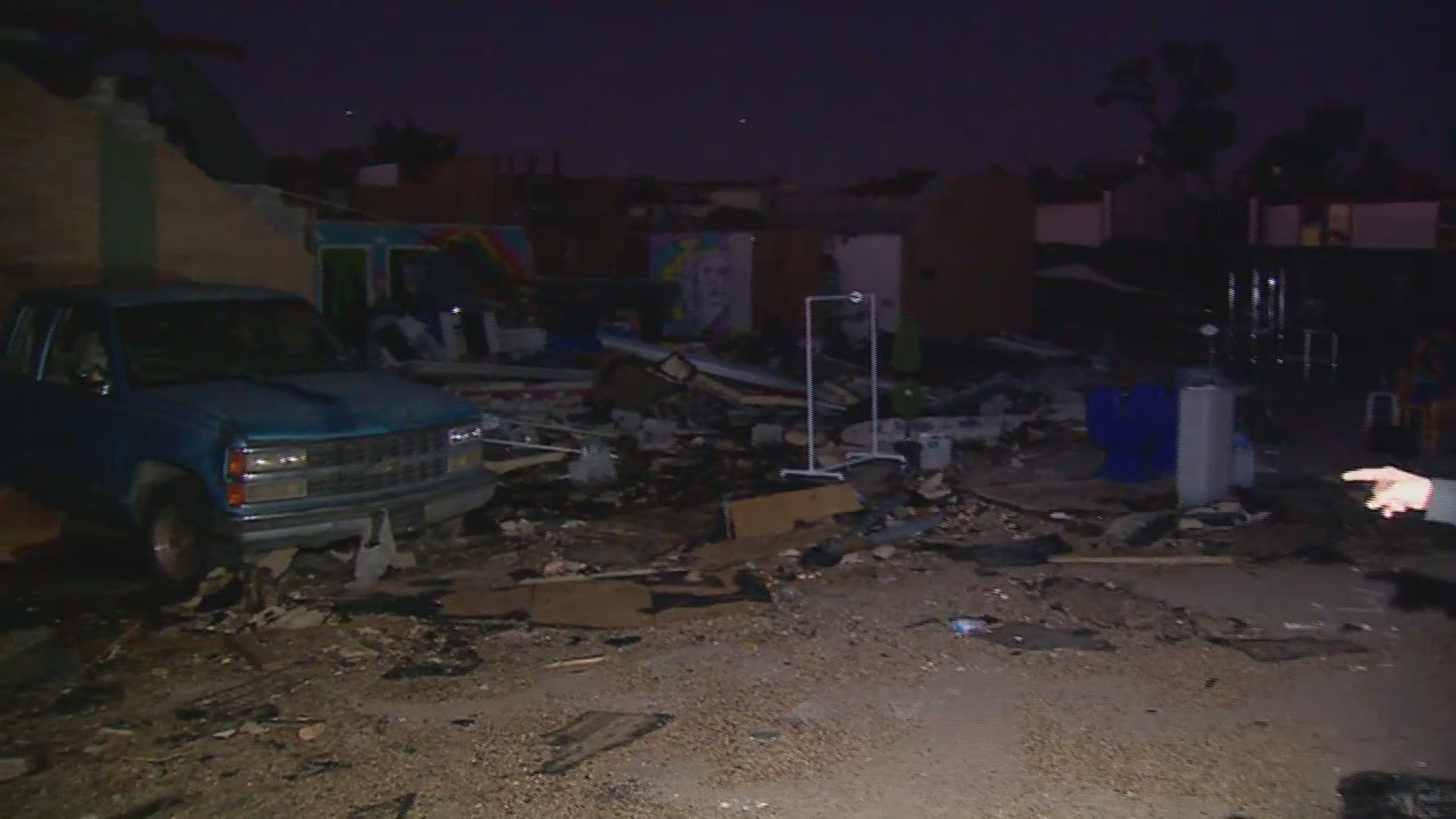 A Dallas couple is working to rebuild after both their business and their house were destroyed in Sunday’s tornado.

Robbie Richard and Neil Marek live in North Dallas, not far from Harry Hines Boulevard and Walnut Hill Lane, one of the areas that was hit the hardest by Sunday night’s tornado.

They were working in their apparel shop Marek+Richard when the tornado hit. The couple survived, but their home and business are in shambles.

“It has definitely been really, really tough,” Richard said. “I think from the moment it hit, I didn’t think we were going to make it out alive.”

Marek+Richard is an apparel company catered to the LGBT community. Now, they are working to rebuild and start over.

“It’s tough to see. We built an international LGBTQ brand from the ground up and you know, this is our life, this is what we’ve done, and to see it all kind of in shambles, we’re still trying to pick up the pieces,” Richard said.

This is a critical time for their business as they approach Halloween, and now they will be out of work as they attempt to get back on their feet.

The community is rallying to help them. If you are interested in supporting their rebuilding efforts you can donate to their GoFundMe here.