Six of the 12 schools closed Tuesday were due to severe damage and the other six due to power outages, Dallas ISD tweeted. 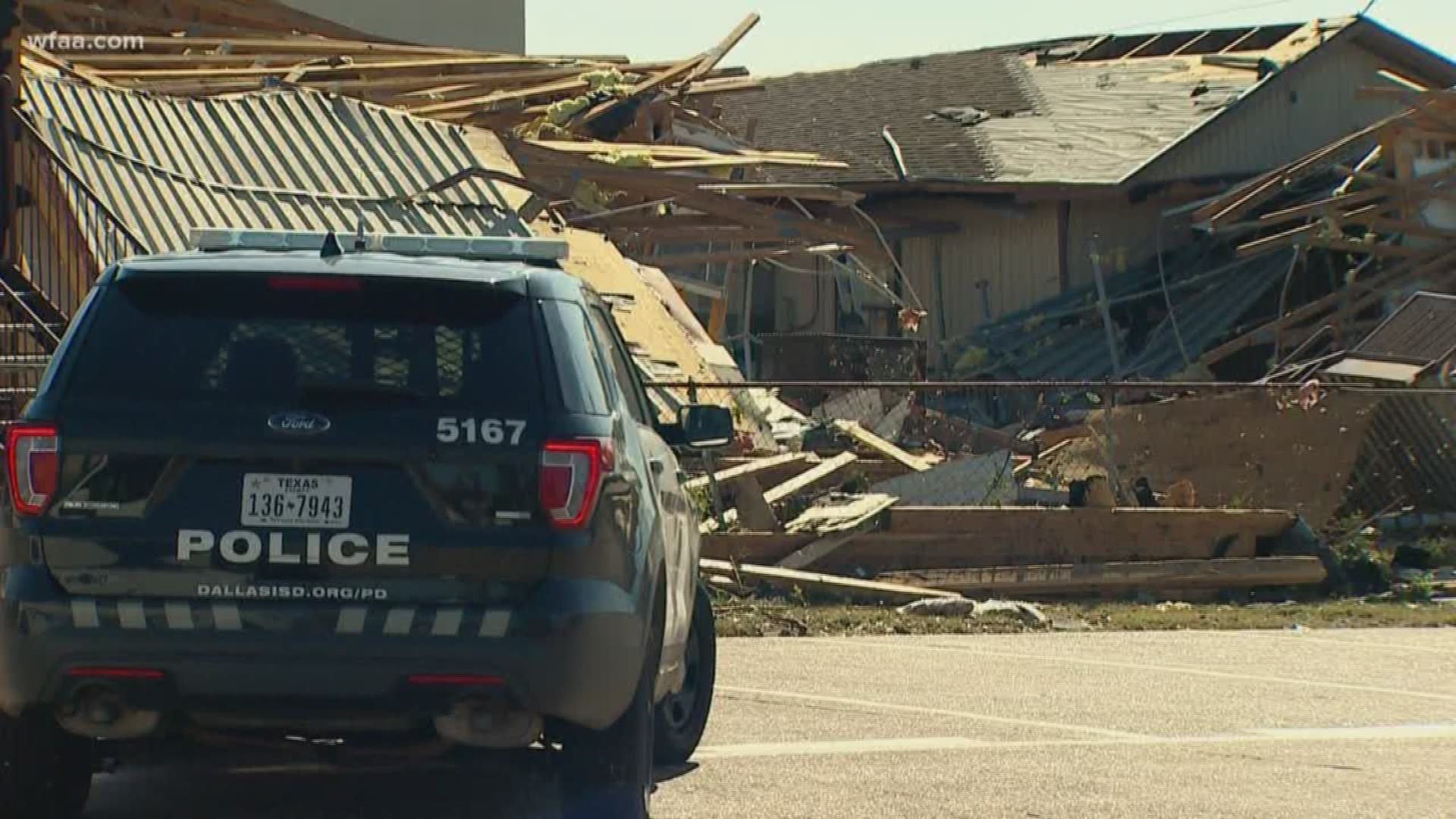 This story will be continuously updated to reflect additional area school closings.

Twelve Dallas ISD and six Richardson ISD schools will remain closed until at least Wednesday and some will be closed indefinitely after three tornados touched down Sunday night in North Texas, including one in North Dallas.

The National Weather Service has confirmed a tornado touched down in Dallas, bringing winds up to 140 mph. The service estimates that tornado was an EF-3.

An EF-1 was recorded in Rowlett, bringing estimated wind speeds of up to 100 mph.

An EF-0 touched down north of Wills Point in Van Zandt County. That tornado brought winds up to 80 mph to the area.

The tornados destroyed homes, businesses and multiple schools, though officials reported no one was seriously injured or killed by the storms.

Six of the 12 Dallas ISD schools closed Tuesday were due to severe damage and the other six due to power outages, the district tweeted.

Those 12 closed schools are:

For students who attend magnet and choice schools but board buses at Thomas Jefferson, Cary, Walnut Hill, Pershing or Leonides Gonzalez, Dallas ISD asks that they plan for other school transportation in the days ahead.

Staff at the affected schools would be reporting elsewhere on Tuesday, the district tweeted.

All students from Walnut Hill Elementary will move to Tom Field Elementary School, which was closed down last year, starting on Wednesday, officials with the school district said.

The plan for Thomas Jefferson's 1,800 students is to move them into Thomas Edison Learning Center.

Richardson ISD also had multiple schools that were affected by Sunday's storms.

The district tweeted out Monday that six of its schools would remain closed Tuesday since they were without power.

Those six schools are:

All junior high athletic events were also canceled Tuesday for the district due to storm damage around RISD's Transportation Department, according to district's Twitter.

Irving ISD tweeted Tuesday morning Lively Elementary School would be closed for the day due to a power outage.

In addition to Dallas, Richardson and Irving ISDs, several private schools were hit by the storms and unable to hold classes Tuesday.

The Cambridge School Dallas, the Episcopal School of Dallas, St. Mark's School of Texas, St. Monica School and The Winston School were all closed Tuesday.

Gateway Charter Academy classes will pick back up Tuesday.

As of 5 a.m. Tuesday, more than 32,000 Oncor customers were still without power in the Dallas area.

Garland ISD expected to be fully functional Tuesday after power was restored to all of its school campuses. Officials with the district said students would attend classes at their regular school, without being bussed to a different location. Buses would also run their normal routes.

RELATED: 'This, too, shall pass': A look inside surviving the Dallas tornado

RELATED: Memories torn away with loss of Fire Station 41

RELATED: North Texas tornadoes: How to help and get help after Sunday's storms