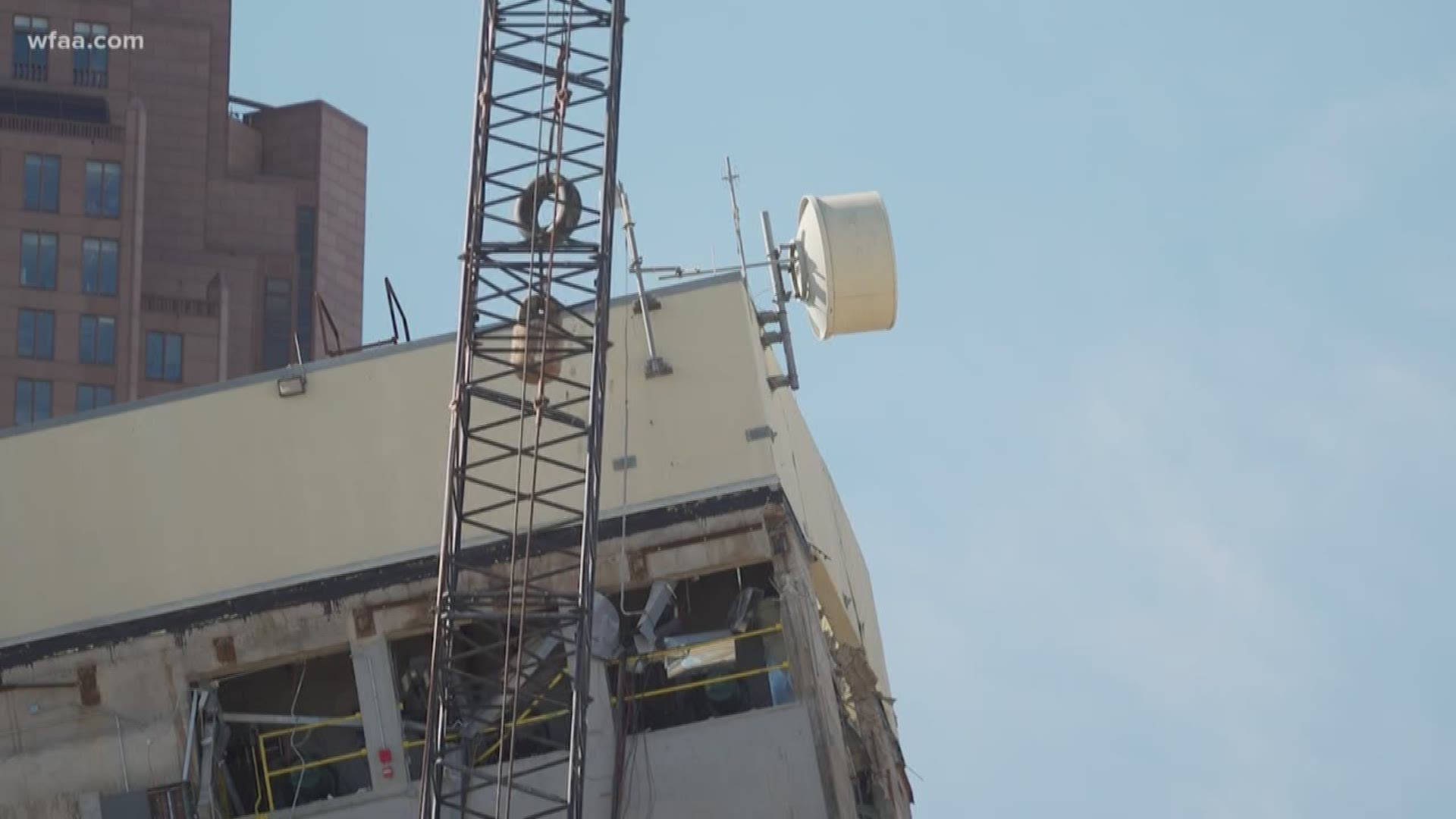 Wrecking crews used a 5,600-pound wrecking ball to start demolishing the structure. Crews will start the destruction at the top of the tower and then work their way down over the course of three to four days, according to Lloyd D. Nabors Demolition, LLC.

"That wrecking ball is adequate for the top-down, piecemeal way it is being used today," engineer Stan Caldwell told WFAA Monday. He's not affiliated with this demolition, but he has worked in the structural engineering field for nearly 50 years.

"Though not very dramatic or speedy, it is a safe approach to bringing down the remaining elevator and stairwell shaft. Safety is even more important this week, given the strong gusty winds," Caldwell said.

The 11-story tower in Uptown was supposed to be completely demolished during an implosion on Feb. 16, but the building didn't entirely collapse.

And the "Leaning Tower of Dallas" became an instant hit across the metroplex.

People have flocked to the scene to take creative pictures with Dallas's version of Italy's Leaning Tower of Pisa. T-shirts were created. An online petition was even written up to save the structure.

But Lloyd D. Nabors Demolition, LLC, announced on Friday it all had to come to an end.

The company had secured a crane to remove the remainder of the tower, which started Monday.

"The wrecking ball will start on the north side of the building and will move to the west," spokesperson Missy Wyszynski said Sunday afternoon. "The crane is currently set up."

Once the tower goes down, work will begin on The Central, a $2.5 billion development made up of residential, hotel, restaurant, entertainment and retail space across 5 million square feet.