Petition created to 'Save the Leaning Tower of Dallas'

On Sunday, demolition crews failed to totally bring down an office tower off of U.S. 75 and the remaining structure is now an internet sensation. 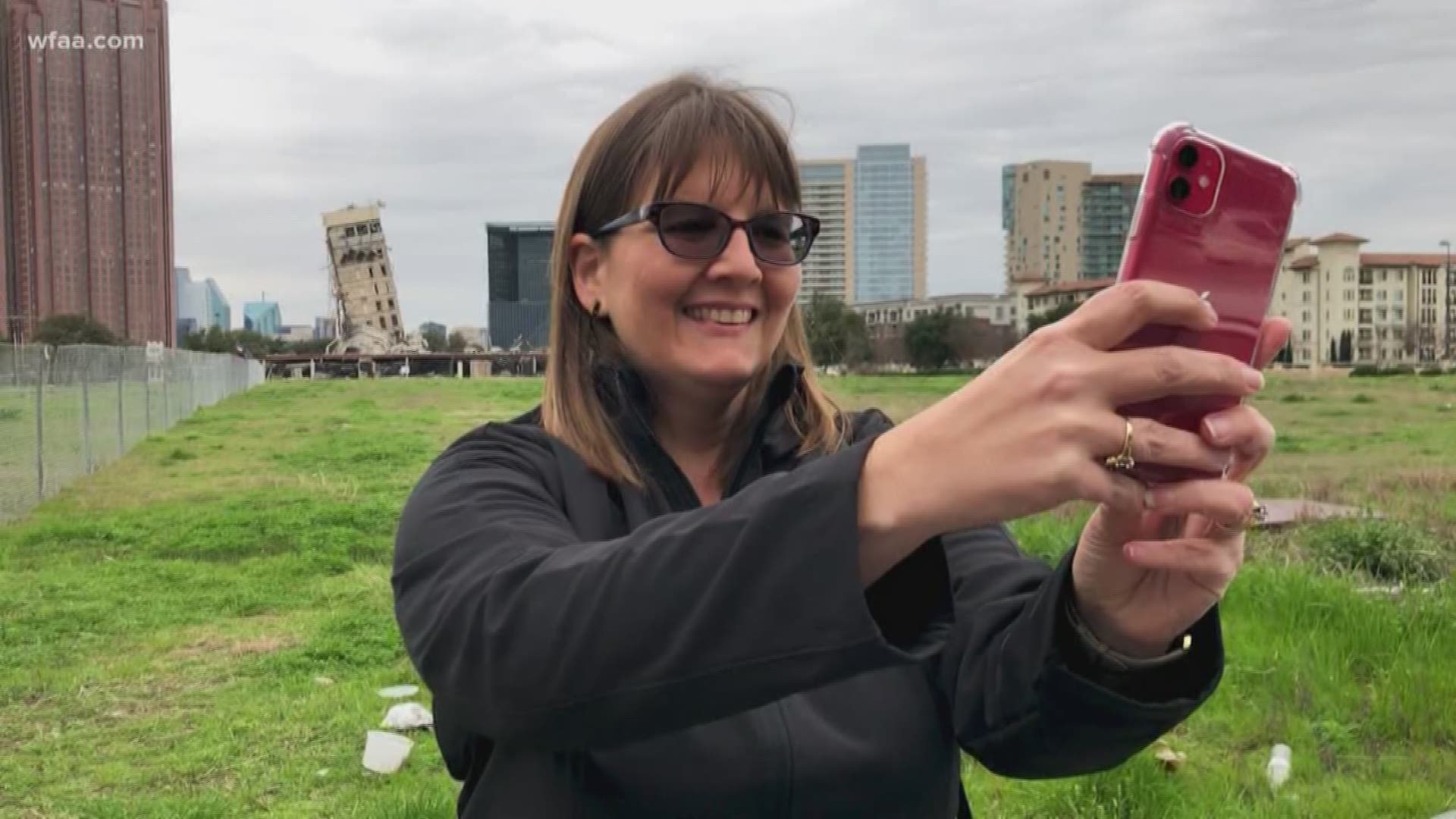 DALLAS, Texas — While the spine of a demolished office tower stands tall over Dallas, an online petition has now been created to save the architectural blunder and make it a historical landmark.

On Sunday morning, an 11-story tower was supposed to be demolished in Uptown, but the building located at 2828 North Haskell Avenue did not entirely collapse.

A core shaft was left standing after an initial implosion around 7:45 a.m. Sunday that contained the elevator and stairwells.

The demolition company involved, Lloyd D. Nabors Demolition, LLC, hoped to have the structure down by the end of day Sunday, but now the timetable for the final demolition is unknown.

As of Tuesday, the building will be knocked down when a crane arrives to take the structure down via a wrecking ball.

In the meantime, gawkers are flocking to the tower to take creative pictures with it. A shirt has even been made to commemorate the monument.

It's Dallas' own Leaning Tower of Pisa.

The petition to save the "Leaning Tower of Dallas" was created Tuesday and has already gained over 200 signatures.

"Over the past few days, The Leaning Tower of Dallas has become the city's largest cultural icon. After making national headlines, we are finally famous for something other than the JFK Assassination," the petition on change.org reads.

"You wouldn't tear down the Leaning Tower of Pisa or the Great Pyramids of Giza and replace them with condos, would you? If anything, do it for the memes," the petition summarizes.

The condos the petition refers to is the $2.5 billion dollar project called The Central which plans to bring 50 acres of office, residential, hospitality and entertainment space to east Dallas.

The effort to save the leaning tower will ultimately go nowhere, but its a valiant effort nonetheless to save a viral piece of Dallas' history.