Crews will spend most of the day on prep work, clearing space around the site, according to a representative of the demolition company. 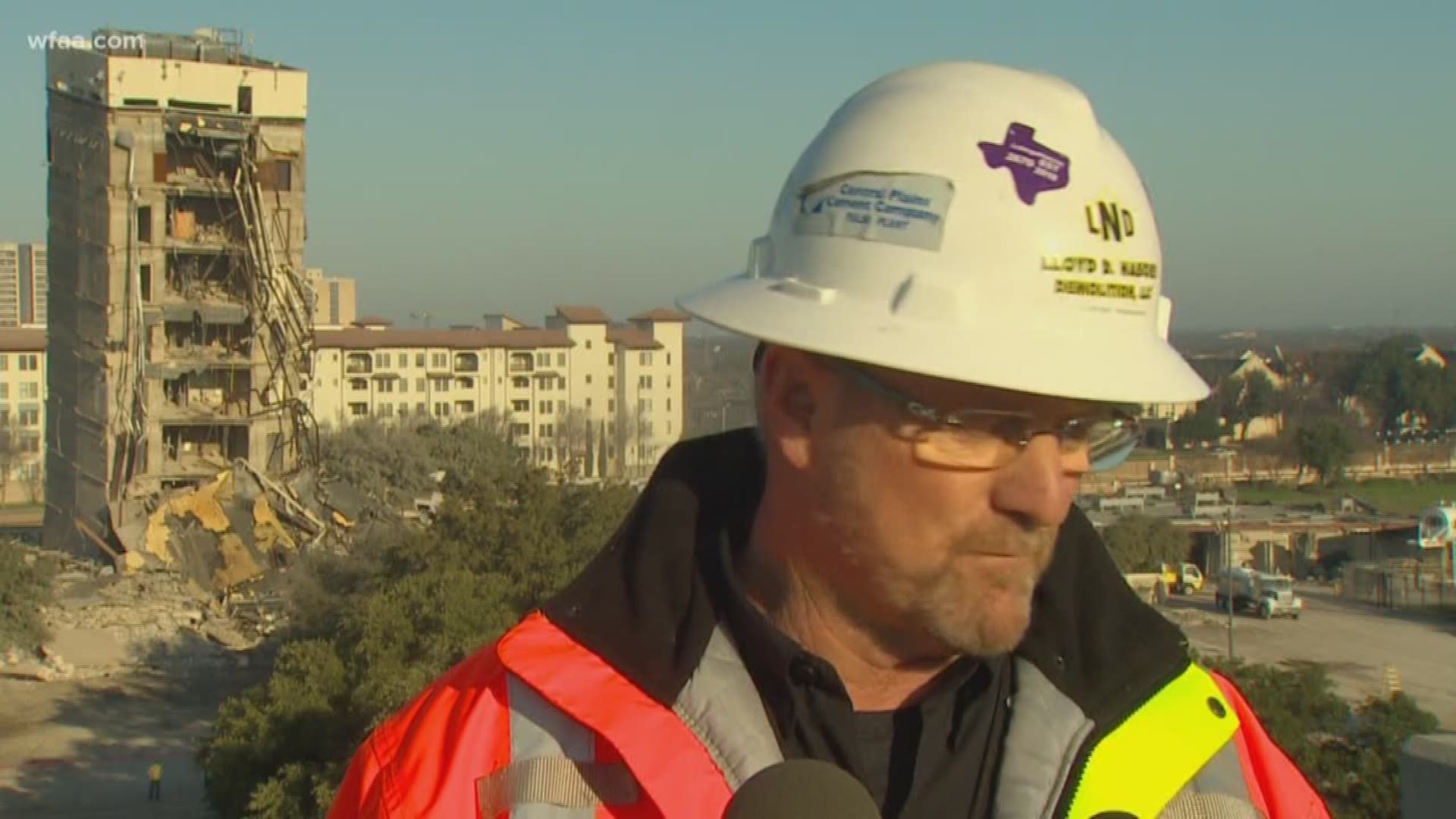 DALLAS — One day after an implosion failed to fully bring down an 11-story building in Dallas, the demolition company handling the work said it would spend most of Monday preparing to finish the job.

Saturday morning the scheduled implosion occurred at the building located at 2828 North Haskell Avenue, but the core shaft containing the elevator and stairwell shafts remained standing.

Most of Monday will be spent on prep work, according to a representative from Lloyd D. Nabors Demolition. Crews were clearing space to be able to move around site.

Once the prep work is complete, Nabors explained that crews would use a cruncher on the end of the high-reach excavator to work down the remaining portion of the building.

On Sunday night, the company released a statement saying, "we will proceed with conventional demolition efforts over the course of this coming week."

No road closures were expected, but are possible if safety becomes a concern as work continues, the demolition company says.

The failed implosion brought people out to take photos with Dallas' leaning tower on Sunday, turning it into an impromptu city landmark.