An artist is painting the 'Leaning Tower of Dallas,' and all the happy people who come to see it

The remnants of a demolition mishap created a popular attraction, and people are flocking to see it while it lasts. 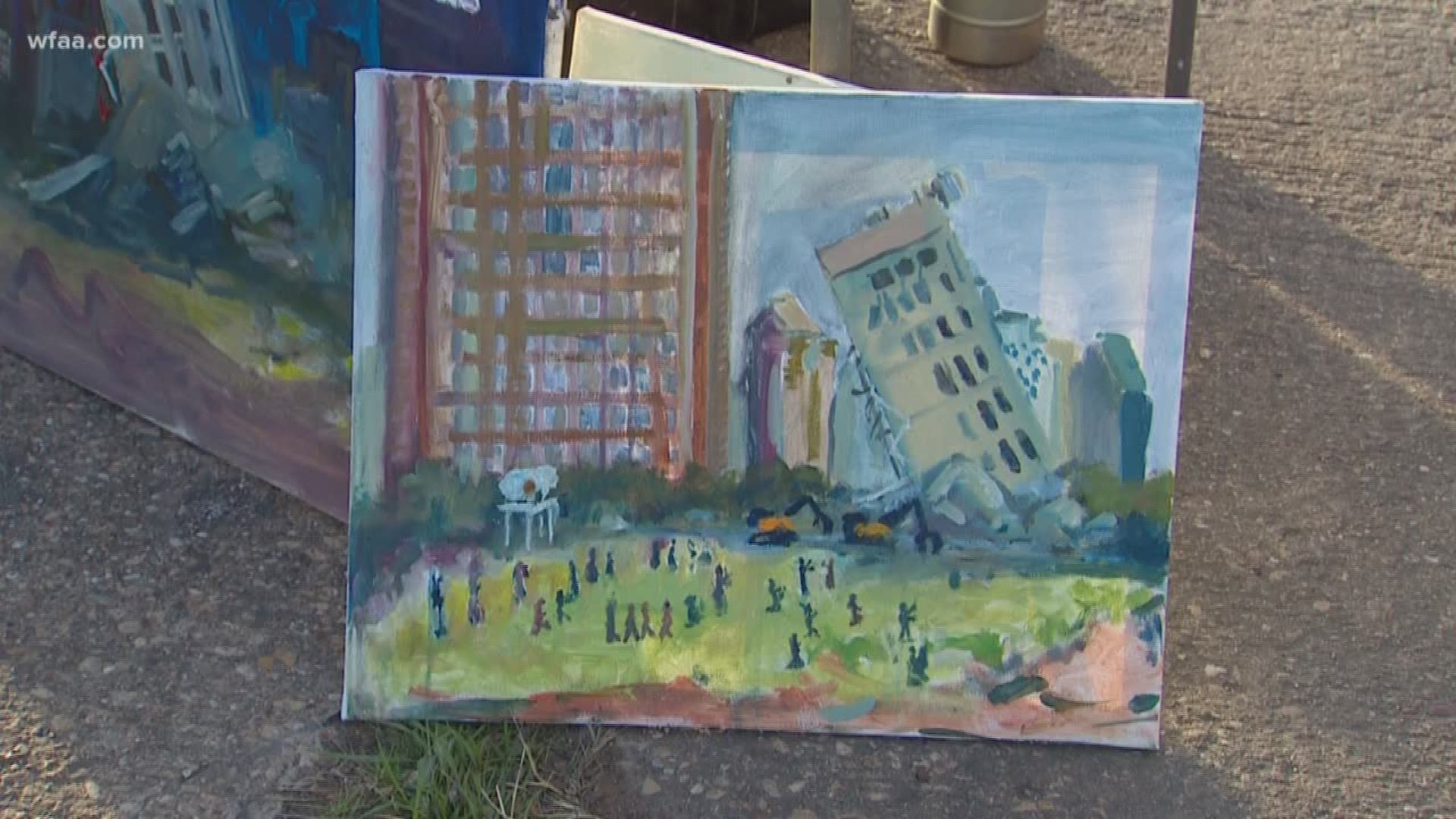 DALLAS — The mishap that launched a thousand selfies, also inspired a handful of paintings by local artist Jerrel Sustaita.

“The laughter that was coming off that field today was funny,” Sustaita said, as he painted the "Leaning Tower of Dallas," and the people who came to see it Saturday. “It was amazing, it was beautiful.”

His unusual inspiration came to life Sunday, when the demolition of an 11-story tower just north of downtown failed to take down the shaft containing elevators and stairwells.

The core remained intact and fell at a peculiar angle, reminding some of the Leaning Tower of Pisa in Italy.

Crews are expected to finish the demolition Monday morning.

RELATED: 'Leaning Tower of Dallas' to come down next week

“It’s not going to be here much longer, so see it while you can,” said Derek Dumas, who visited from Houston with friend Riley Lewis.

The pair are architectural students at Prairie View A&M University and are intrigued by the demolition process.

“It’s quite interesting, and it’s something I actually want to share with my professors,” Dumas said.

At the same time, they appreciate the bizzare beauty of what remained for over a week.

“I want them to keep it actually,” Lewis said.

The structure itself caught Sustaita's eye, but what's more inspiring were the people taking creative photographs, many of which require bringing a friend or making a friend at the site.

“That’s what was singing out to me,” Sustaita said. "It's a different world. It becomes really magical where everyone is getting along and helping each other."

The "Leaning Tower of Dallas," as it’s called will come down to make room for a new mixed-use development on North Haskell Avenue called The Central.