Her wig was pulled off and other children bullied her. Now this Plano girl battling cancer has an 'army' of supporters

A'myah Moon's story has gone viral and touched people around the world. 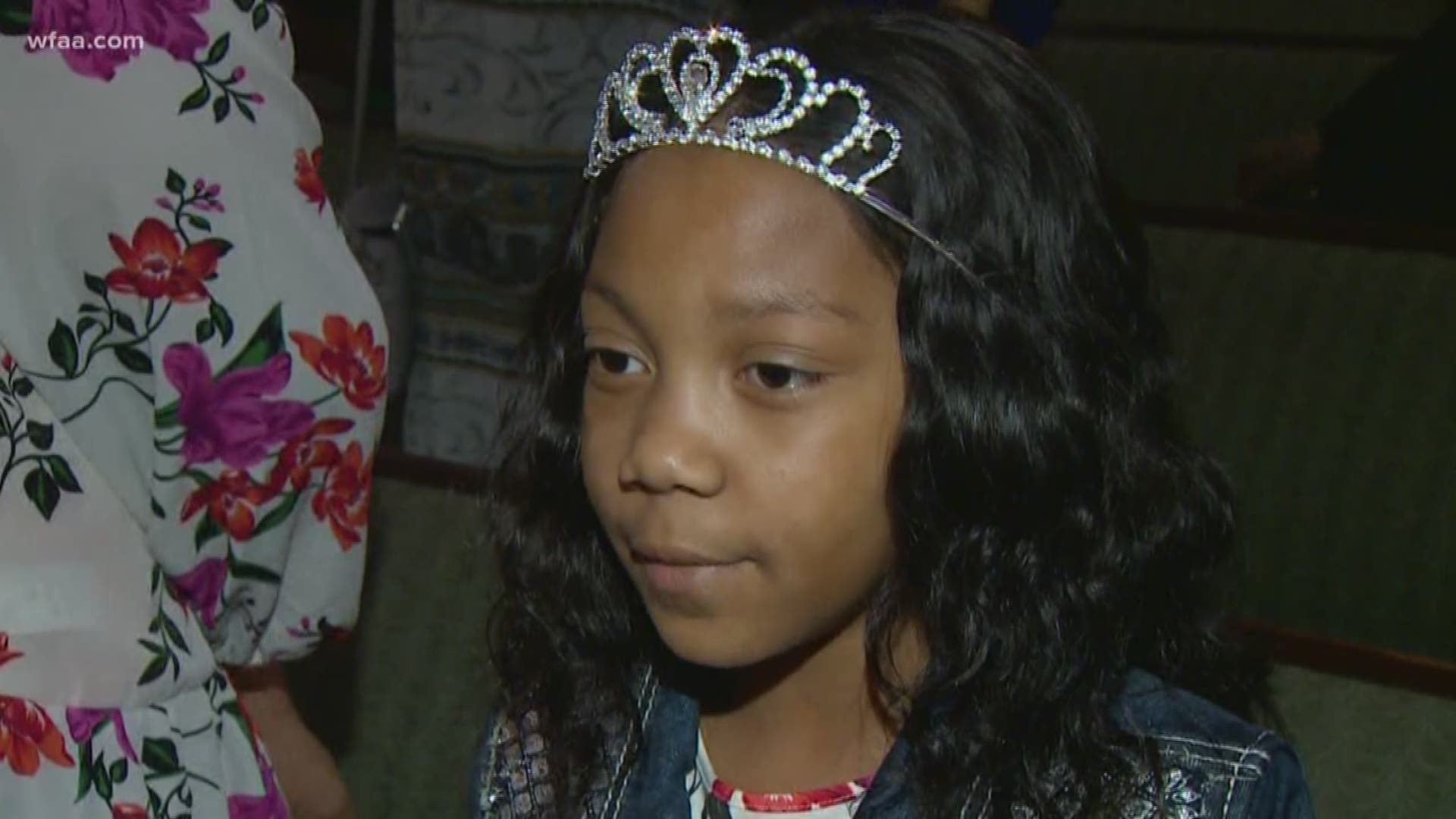 PLANO, Texas — Sunday, a Plano church honored a girl whose story of being bullied for losing her hair during cancer treatments has gone viral.

11-year-old A’myah Moon had her wigged pulled off her head by a bully in a Plano middle school. Since then, she’s received an international show of support.

“People have been telling me I’m beautiful and stuff and they walk me to class,” Moon said.

Sunday at Shiloh Missionary Baptist Church in Plano, church leaders crowned A’myah with a tiara and gave her a custom backpack, coupons for manicures and pedicures and much more.

“It made me actually feel good,” Moon said.

“So many people have reached out to us and so many people are making her happy,” Moon’s mother Syreeta Smith said.

Some in the congregation wore custom shirts reading ‘A’myah’s Army’ as the pastor preached that bullying had to end and parents needed to set an example.

“We are here to stop out bullying and we will not tolerate bullying from anyone,” Reverend Isiah Joshua Jr. said.

Moon’s family said they plan to meet with school leaders soon to discuss what can be done to be more proactive in stopping bullying.

“We don’t want this to happen to any child, sick or not sick. No one should have to go through no wanting to do to school,” Shelia Walker, Amyah’s grandmother said.

The support and the effort to end bullying only continues to grow.