"We need a lifetime of memories in a short amount of time," Carter Escobar's mother said. 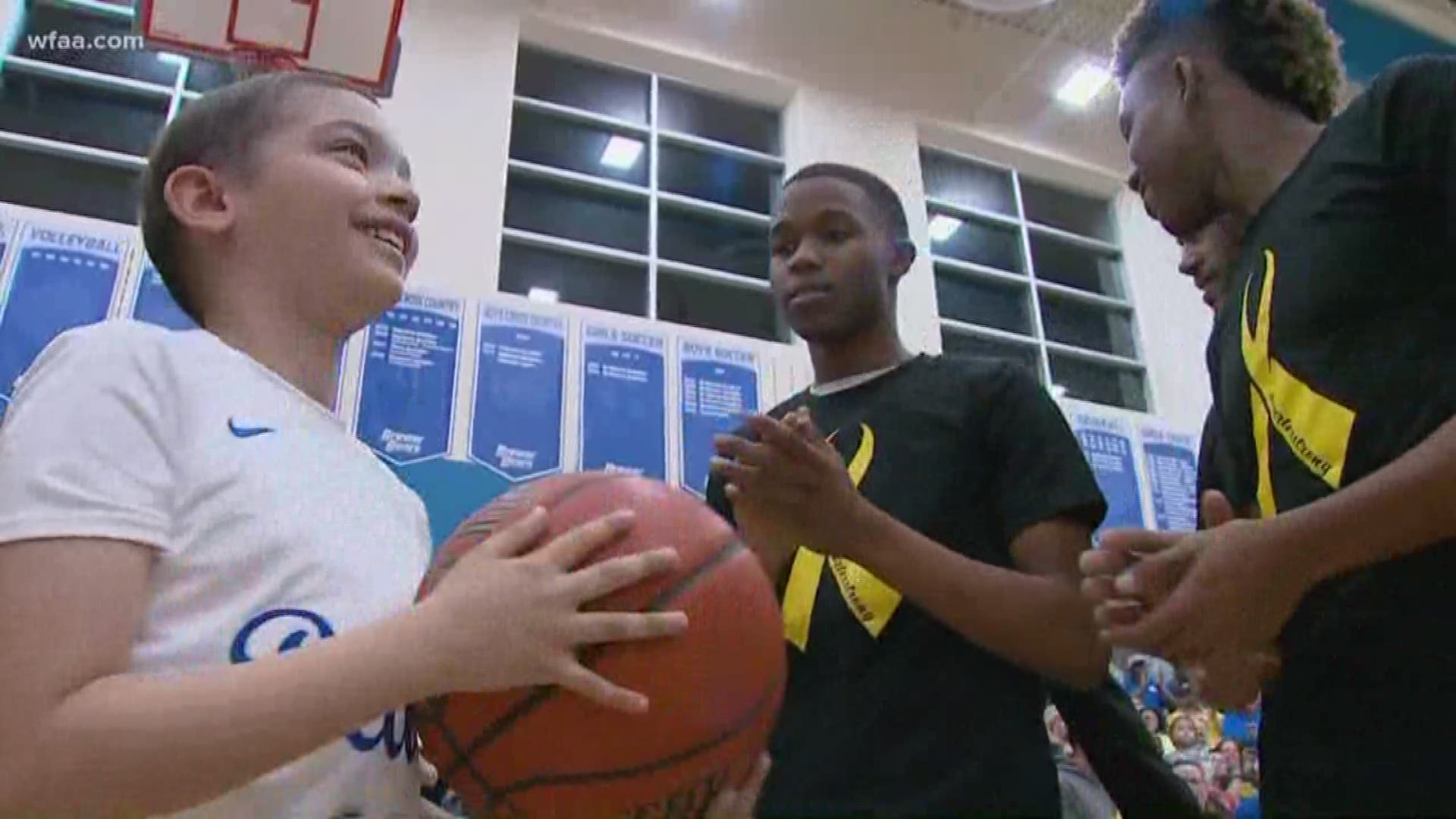 Juan and Rachel Escobar first learned of their son's cancer diagnosis in 2018. Ever since then, it has been a tough road finding out what kind of cancer Carter has and how bad it is.

The family from White Settlement has lost count of the number of doctors they've met and hospital visits they've made.

"It just seemed like every time they came back with tests it was worse," said Juan Escobar, Carter's father.

Carter has a rare and aggressive cancer called Alveolar rhabdomyosarcoma. The Stage 4 soft tissue cancer diagnosis has the Escobars concentrating on quality of life.

"Really the only goal now is to make sure he feels good, said Rachel, Carter's mother.

And lately, Carter has felt good about slowly making a list of things he'd like to experience. On Friday night, he satisfied another big item on his list: play for the Brewer High School Bears basketball team.

The team bus, with a White Settlement police escort, pulled up to the Escobar home on Friday evening and picked up Carter. The basketball team gave Carter a jersey to wear to start their game against Grapevine Friday night.

"We need a lifetime of memories in a short amount of time," Rachel said.

The family told WFAA Carter has been practicing shooting for when he gets his chance to make the first bucket of the game. The game started with well-wishes shown on a video screen from former and current NBA players Shaquille O'Neal, Dirk Nowitzki, and Dwight Powell.

All that practice was worth it because when time came for Carter to shoot the first shot, the ball bounced on the rim several times before going through the net. The crowd got to its feet and roared in praise. The Escobars were understandably overcome with emotion.

It's been a long cancer fight since the 2018 cancer diagnosis and many moments for the family have been difficult, but what happened Friday night at the Brewer High School gym will forever be a great moment.

A funding page has been created to help the family with expenses.

Teamwork is more than talk for Mansfield Lady Wolves