The Rhodes say the marijuana found in their daughter's SUV did not belong to her, and the drugs may have been in the vehicle since it was purchased 6 weeks earlier 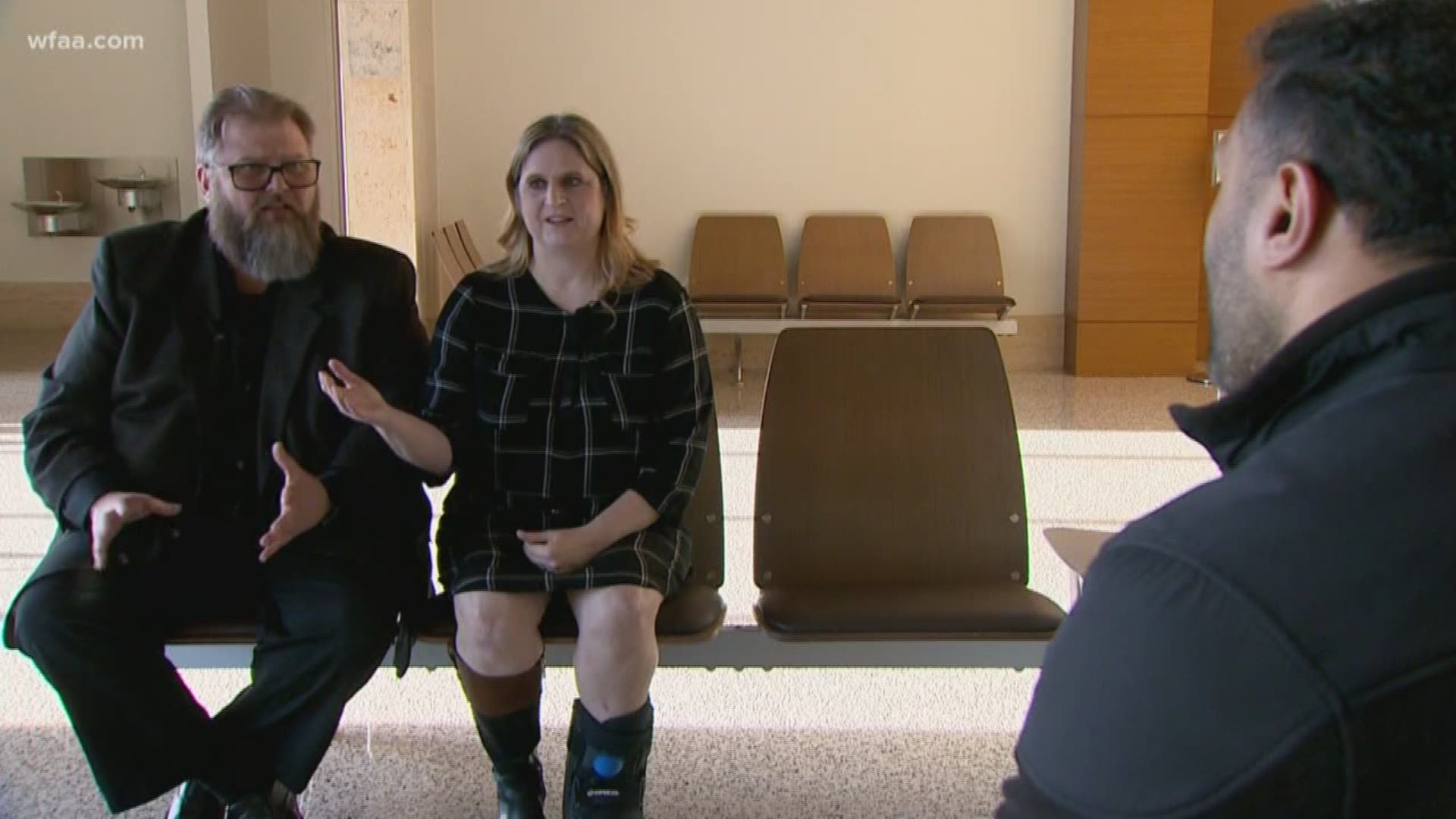 Caroline Rhodes, a junior at Eaton High School in Northwest ISD, has been suspended since last Friday after drugs were found in her Ford Escape SUV.

"Ultimately, we want her back in school and we want her restored 100% to where she was," Brandy Rhodes said.

The Rhodes told WFAA drug-sniffing dogs were used at the school on Friday to identify any possible drugs in students' possession. Caroline has maintained since the beginning that the marijuana found in her SUV did not belong to her.

"It was like buried under a seat. I think they said they folded up the back seat and they really had to dig for it," said her mother and father, Brandy and Kent Rhodes.

The Rhodes said the SUV was bought just six weeks ago. The couple has pleaded with the district to understand that their daughter had no knowledge of the drug being in the vehicle.

Attorney Frank Hill said the district's zero-tolerance policy on drugs has good intentions, but was not adequately applied.

"Now the statute says the district must consider whether the student knew it or intended to possess and Caroline had no idea that that old thing was in the backseat," Hill said.

Hill told WFAA Caroline will have to attend an alternative school, stop the AP classes she takes for college credit through the University of Texas, and even stop one of her passions -- the drill program.

On Friday, the family and attorney were seeking an injunction to reverse the suspension. It would have allowed Caroline to return to Eaton High School and resume drill competitions scheduled through the end of the year.

"All of her clothes are drill, all her friends are drill. Sweet Caroline is her nickname and that is her. She loves life and she loves school," said Brandy.

According to court documents, Caroline took a drug test, which appears to show results came back negative.

WFAA reached out to Northwest ISD during non-operating hours. Northwest ISD does have varying levels of discipline outlined in the 2019-2020 Student Handbook and Code of Conduct.

Now attention shifts to the 153rd District Court and Judge Susan McCoy. On Monday, the judge decides whether this is even her jurisdiction to grant an injunction, and whether a family has a claim in their challenge against a district's zero-tolerance policy.