Multiple schools were closed due to the number of staff who had called out due to COVID-19, officials shared. 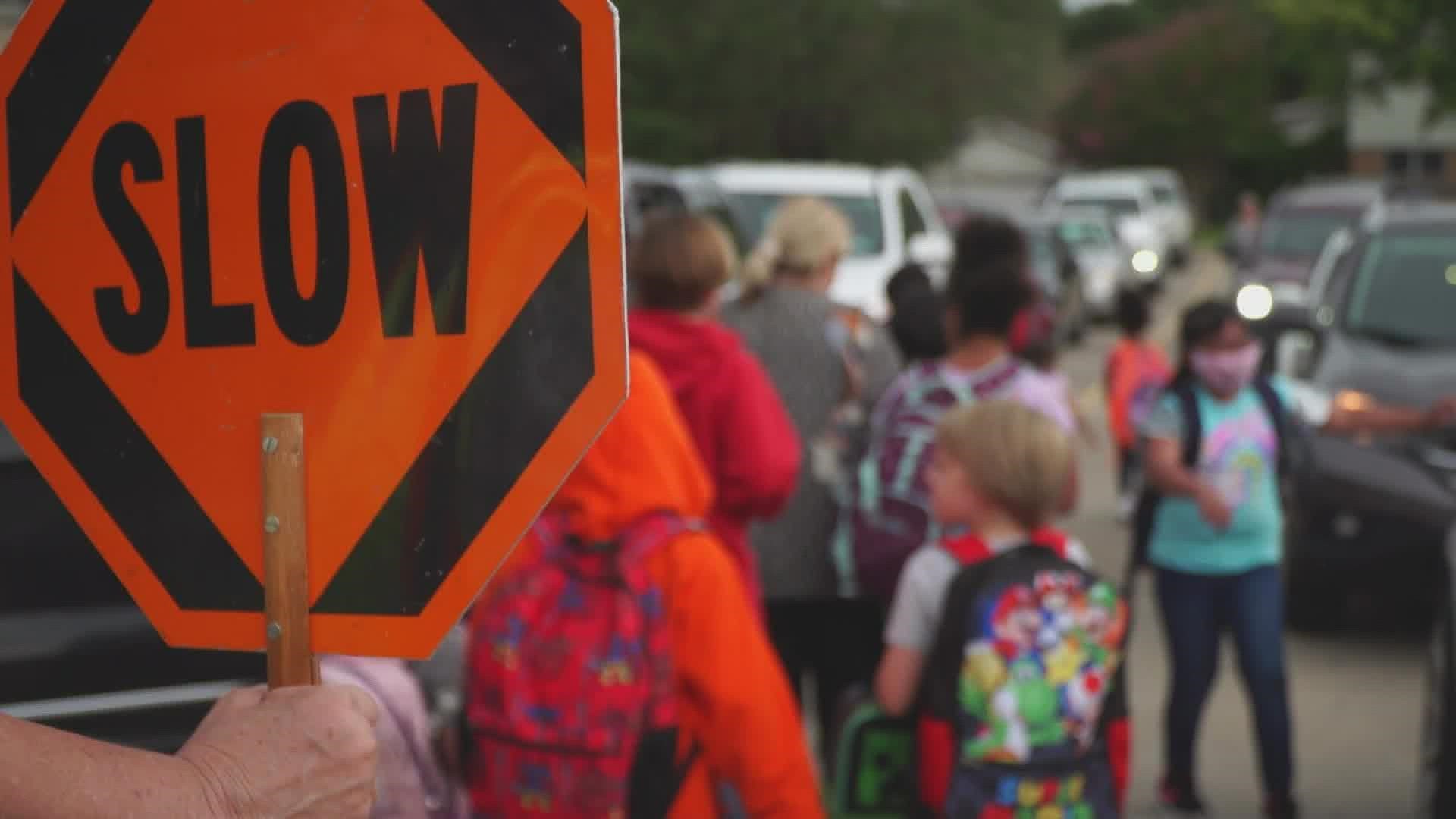 DALLAS — Editor's note: This story has been updated to correct a closure associated with the Keene ISD.

Multiple school districts across the North Texas region have closed down campuses temporarily, as spiking COVID-19 cases cause staffing and quarantine issues just days after students returned to class to start the school year.

Both Waskom and Bloomburg Independent School Districts shut down schools after a number of staff members were out due to COVID-19 exposure, officials said.

Morgan Mill Independent School District officials also told WFAA they would be closed this week due to COVID-19.

Waskom Elementary, along with all of Bloomburg and Morgan Mill ISDs, will be closed through the end of the week, according to the school districts.

"We feel this is the best decision to protect our students, staff, and community during this time," Waskom ISD Superintendent Rae Ann Patty said in a statement posted to Facebook. "The staff has contacted us throughout the weekend and there is no way to staff our elementary school at this time."

Both Waskom and Bloomburg ISDs said they would not need to make the days up, as they had enough time in the calendars banked for such purposes.

If the elementary school needs to close again at some point, though, that time would need to be made up, Patty said.

Many districts across Texas have been scrambling in recent days to keep up with revised mask requirements and public health recommendations, as a flurry of court filings proceed across the state amidst a spike in COVID-19 cases and hospitalizations.

Multiple hospital regions throughout Texas were completely out of ICU beds over the weekend, with even more only having single-digit numbers of beds available.

The week before, cities like Houston and Dallas were struggling to keep pediatric ICU beds open as a rise in both COVID-19 and RSV cases in children have begun to overwhelm hospitals.

Doctors and public health officials appear to be at odds with other leaders throughout the state as they plead for masks to be implemented once more, particularly in schools where children under the age of 12 can not yet be vaccinated.

Over the weekend, though, the Texas Supreme Court removed a temporary restraining order on Gov. Greg Abbott's mask mandate ban, allowing that ban to continue to remain in place.

But, multiple school districts across the state are now openly defying the governor's order, including Dallas ISD, and school leaders say they are willing to pay the fines associated with that civil disobedience to ensure safety in their schools.

Jose Menendez, a Texas state senator from San Antonio, tweeted over the weekend he was starting a legal defense fund for school districts as they fight it out in court with the governor.

Many are advocating for local control over such decisions to protect public health overall, while Abbott and other state officials believe masking and getting vaccinated should be an individual responsibility and choice.

When transmission is high, health experts say everyone should mask up, especially indoors, no matter if they are vaccinated or not.

Nearly 51% of the U.S. population is now fully vaccinated, however, and that number rises to 59.4% when only accounting for people 12 and older.

In Texas, state officials report more than 13.1 million people have been vaccinated. That's about 54.5% of people 12 and up.