It could be a couple of weeks before Texans gain legal clarity. 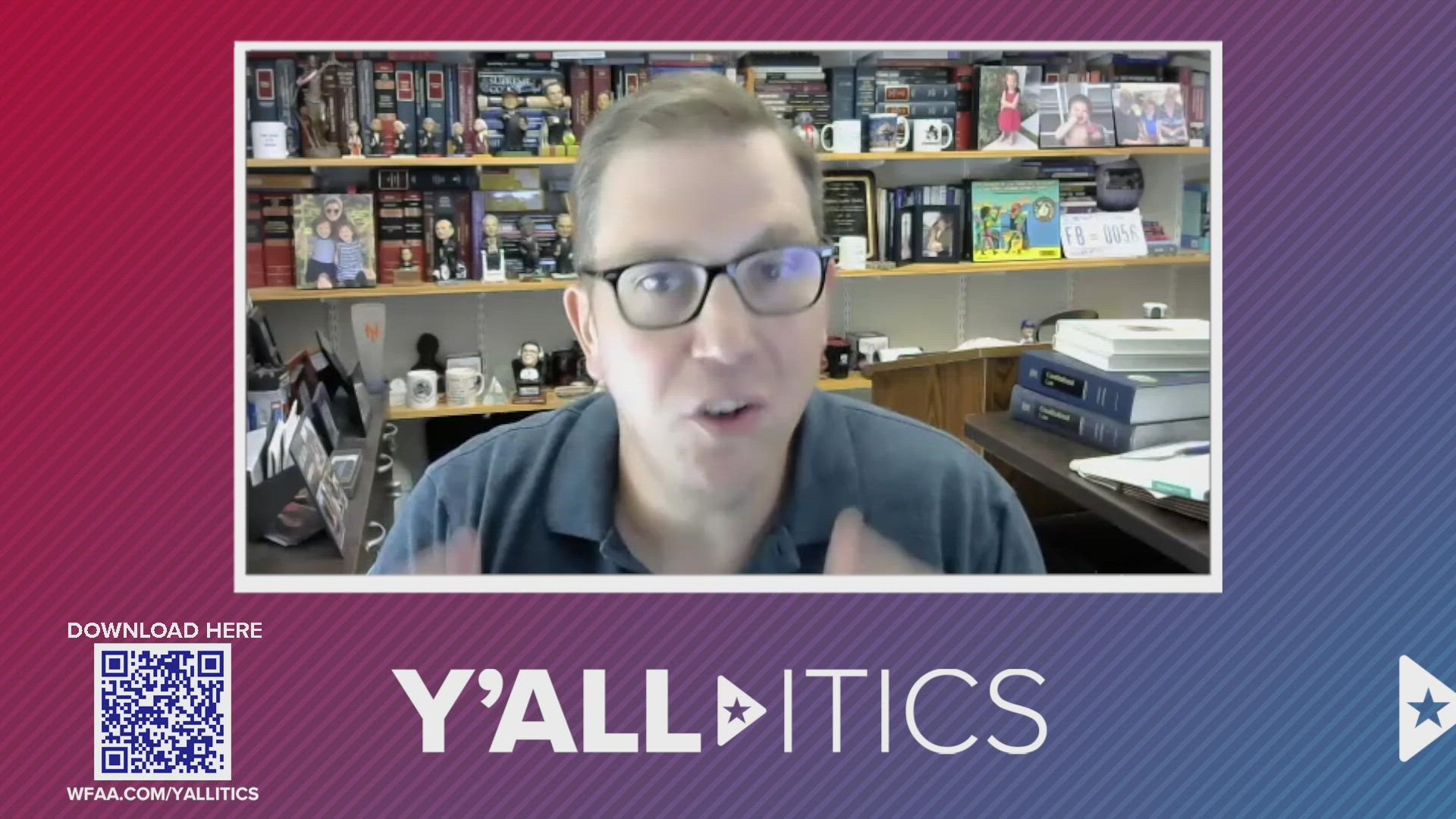 DALLAS — If you’re confused about whether to follow a local mask mandate or not, you’re not alone here in Texas. Confusion rules the day, and who can order what and when is about as clear as mud at this point.

So, what does one of the country’s premiere experts on constitutional law have to say about all of it?

“We’re in purgatory,” Stephen Vladeck said on Y’all-itics. “If Dante were here, he'd find some tragic irony in all of this.”

Vladeck is the Charles Alan Wright Chair in Federal Courts at the University of Texas school of law, where he’ll be teaching classes again this fall.

He said he thinks it will take a couple of weeks, at least, for the dust to settle and for Texans to gain some true clarity about which rules they have to follow, regardless of their viewpoints on masks. Vladeck said everyone involved, especially the courts, understands time is of the essence.

“My best guess is that the state's going to win these cases and that local mask mandates are not going to survive," he predicted. "That doesn't mean that tomorrow, right, folks should not be complying with what they've been told by their local school districts. And it doesn't mean that the Texas Supreme Court has already said that. Because it hasn't."

What we know right now is the Texas Supreme Court temporarily halted mask mandates in Dallas and Bexar counties.  But it’s not permanent. Plus, the high court sent the matter back down, and a lower court on Monday afternoon upheld the Bexar County mask mandate once again. That’s why Vladeck described it as a sort of legal purgatory no one can escape, yet.

At this point, many Texans may be asking if this will just end up at the U.S. Supreme Court. Vladeck said this situation is a rare example where that won’t happen. This fight, he said, stems from Gov. Greg Abbott’s executive order from July. The legal argument is that the Governor is exceeding his statutory authority under the Texas Disaster Act, a statute passed by Texas lawmakers.

“Whatever you think the answer is, that's a question of Texas law, not federal law," Vladeck said. "So, the way that our system is structured, you can't appeal a decision by the Texas Supreme Court on a matter of Texas law to the U.S. Supreme Court.

"The Texas Supreme Court gets the last word on Texas law," he added. "So, if nothing else, guys, maybe this draws more attention to the fact that our Supreme Court elections in our state are actually pretty important.”

Vladeck recommends parents follow local recommendations for the time being. He’ll tell you why in our latest episode of Y’all-itics. He also sorts through the legal arguments themselves and explains them in a way us normal Texans can understand.