Dallas ISD says it will enforce a mask mandate until a court orders the district to stop, despite Texas Supreme Court ruling 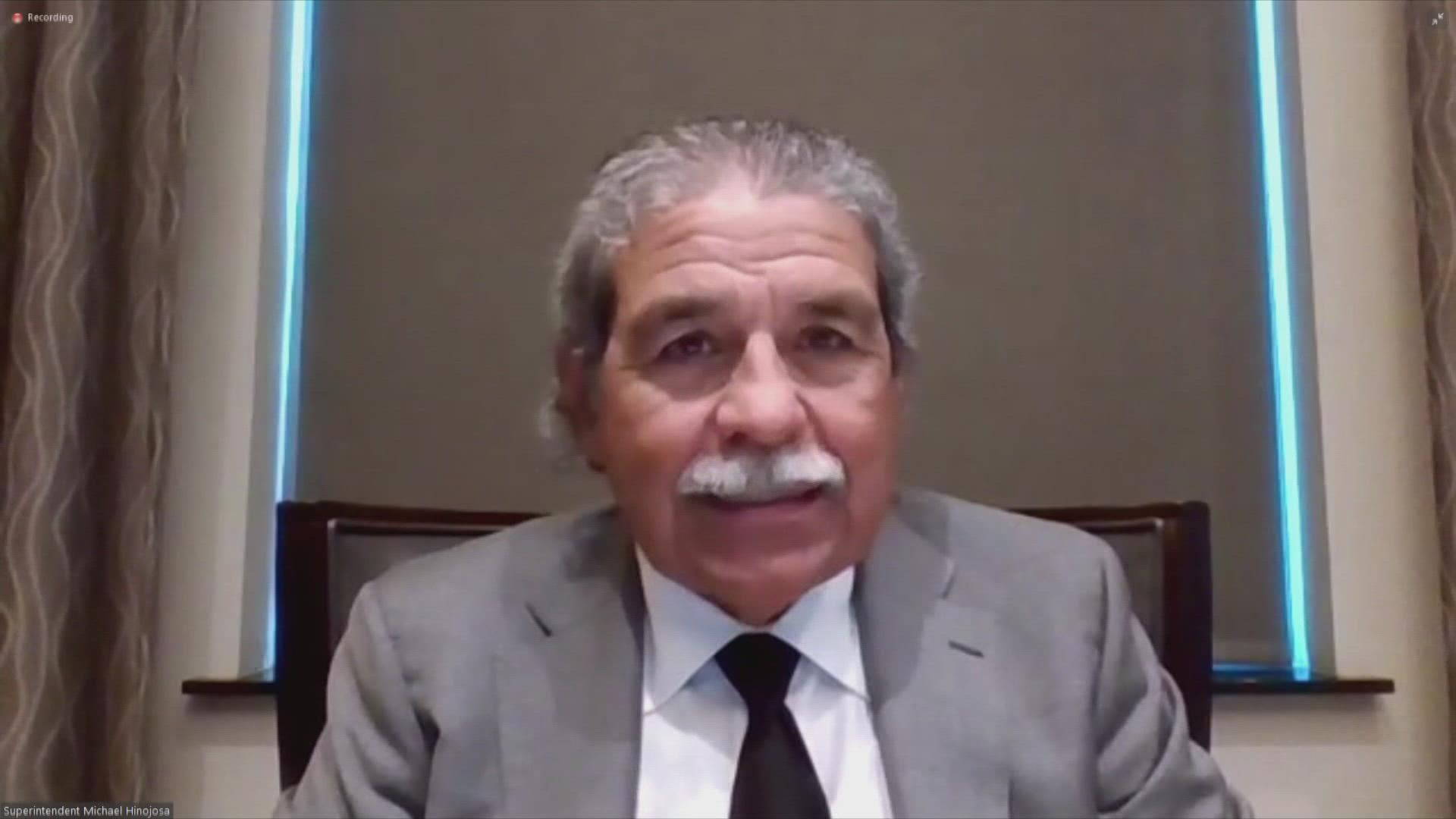 DALLAS COUNTY, Texas — This story will be constantly updated as we receive new information.

The Texas Supreme Court granted a major win to Gov. Greg Abbott in both Dallas and Bexar counties Sunday, upholding his executive ban on mask mandates that will nullify new mask orders signed in both regions.

Hinojosa said the ruling only impacted Judge Jenkins and the county, not Dallas ISD.

Hinojosa said the ruling only impacted Judge Jenkins and the county, not DISD. (@wfaa)

Hinojosa also said that there will be a separate room away from the student body on each campus for students who don't comply with mask orders to continue learning.

It paved the way for Jenkins to issue a new countywide mask mandate for public buildings, schools, and businesses that went into effect last Wednesday at midnight.

But the appeal went to the 5th Circuit Court of Appeals in Dallas, where Democratic justices outnumber Republican justices 11-2.

That appellate court denied both Abbott and Paxton their request to overturn the temporary restraining order.

Paxton then announced he would be taking the fight to the Texas Supreme Court, where all justices are Republican.

Read the rulings below: https://t.co/FNLjlLI1qo

In a petition for a writ of mandamus to the Texas Supreme Court, Paxton’s office said the Texas Disaster Act of 1975 gives the governor power to act as the “‘commander in chief’ of the state’s response to a disaster. Attorneys representing cities and counties that have sued Abbott over his executive order have argued that his orders should not supersede local orders.

Sunday's decision comes a day before most of the Dallas County region heads back to school.

It will block Jenkins' mask mandate until the judge's temporary injunction hearing is complete or comes to a decision.

The same goes for Bexar County.