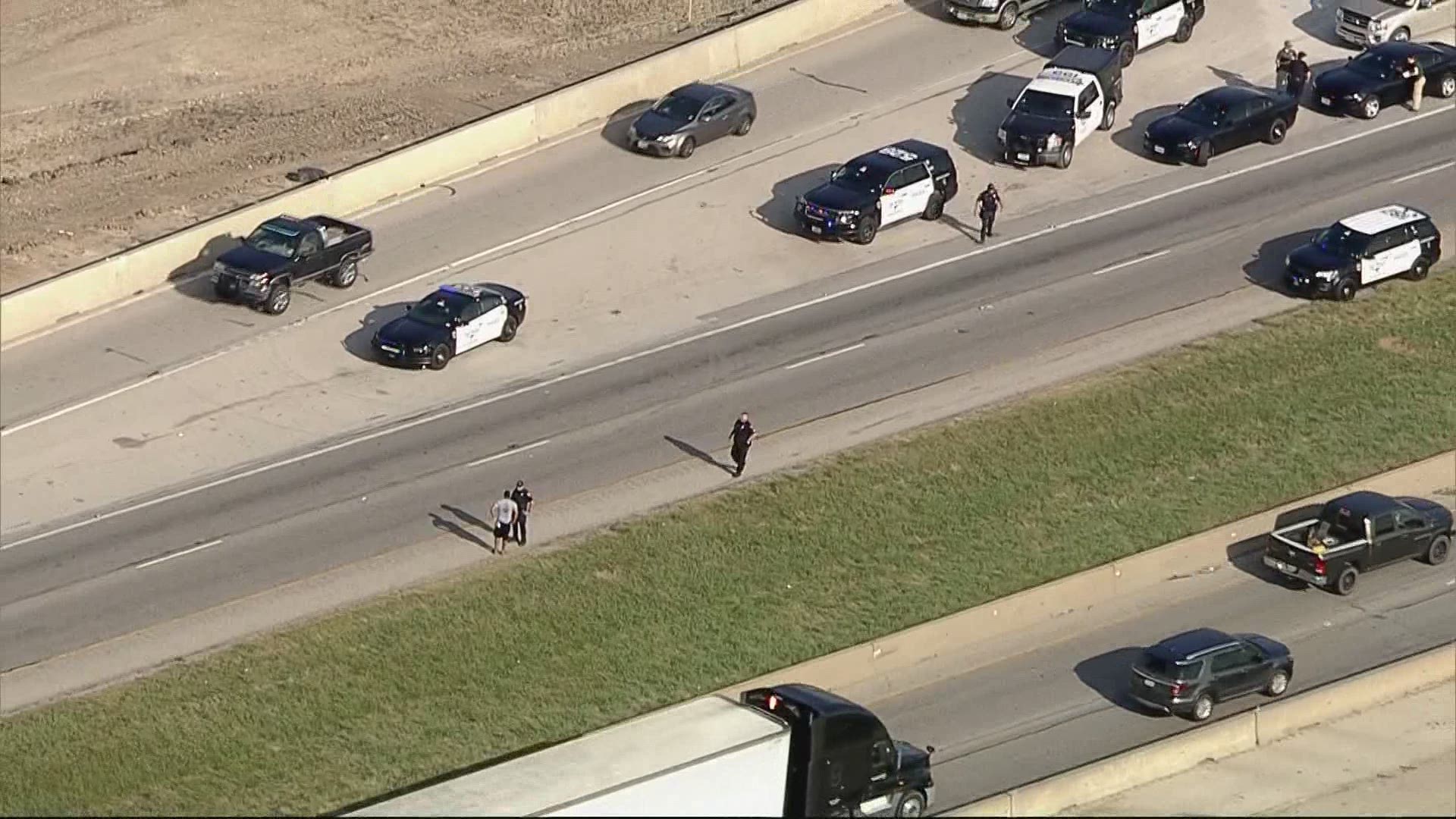 Fort Worth police said Tuesday that the motorcyclist involved in a road rage incident on Interstate 35 last Friday died in the hospital after being shot by the driver of an SUV in a confrontation. Police said the confrontation happened after a near collision on the freeway.

The SUV driver then got his own gun and shot the motorcyclist multiple times, telling officers he feared for his safety and that of his passengers, police said.

Fort Worth police said officers found the gun at the scene that the motorcyclist had at the time of the shooting. They said they have also interviewed multiple witnesses from the shooting.

The SUV driver has been cooperating with police and has not been arrested, officials said.