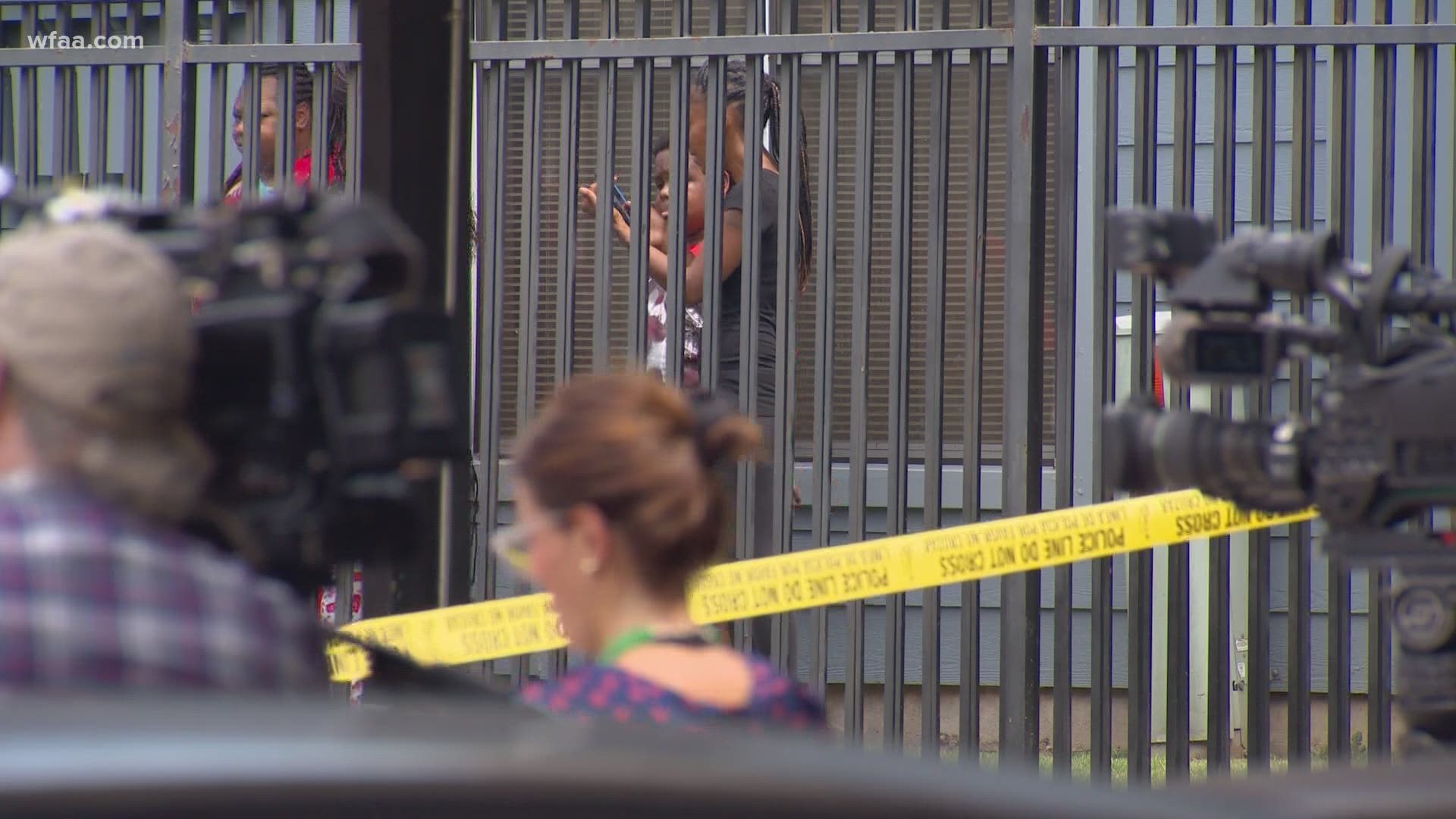 DALLAS — They are a father and son lost to violence – 15 years apart.

In 2005, Hosia Abdallah was murdered in Dallas. His 26-year-old son – also named Hosia – was killed in a robbery in February.

“It's like déjà vu going to the funeral home, you know, looking at his body,” said Natasha Johnigan, the younger Abdallah’s mother. “I feel for the people here in Dallas that don’t feel safe, because I don’t.”

Already, Dallas has exceeded last year’s murder toll of 198. To date, police say at least 227 people have been killed in the city of Dallas in 2020.

It will be the second year in a row that murders have been on the rise. Between 2018 and 2019, the city’s murder count rose 27 percent, according to the city’s crime numbers.

“It's almost one every night,” said Sheldon Smith, president of the Dallas chapter of the National Black Police Association.  “They happen downtown, they happen in southern Dallas, North Dallas, they occurring all over the place.”

No one can point to any one reason for the rising number of killings. Here are some of the reasons cited by Smith and others WFAA interviewed:

RELATED: As COVID-19 delays the trial for his daughter and grandson's accused killer, one man continues to wait

Trish Allen, founder of No More Violence, a local anti-violence group, told WFAA she is disappointed in Hall’s leadership.

“It was so much talk, talk, talk, but actions speak louder than words,” Allen said. “The leadership has really left us hanging.”

WFAA requested an interview with Hall, who is leaving the department in the coming days. She was not available. The department did not make any other senior commanders available.

RELATED: Community survey on next Dallas police chief asks for feedback from people who live or work in Dallas

As in prior years, most homicide victims are black males – often killed by other black males.

That sad reality has left Johnigan to be another grieving black mother.

“They talk about Black Lives Matter, and we did all the marching and protesting. But do Black lives really matter?” she said, crying out with palpable anger.

“I just wish this generation would value life more.”

Her son, Hosia Abdallah Jr., was shot and killed in the kitchen of his apartment. According to an arrest warrant affidavit, Synthia Franklin set Abdallah up to be robbed.  Franklin, along with Shane Wright and David McKinney have been charged with capital murder.

Wright is currently out on bond awaiting trial – something that fills his Abdallah’s mother with fury.

Johnigan wants people to remember the man people called “Zay.” He was a father of two, seven-year Kristian and six-year-old Alliyah.

He had founded his own clothing line, rapped and sold cars. Abdallah also helped take care of his ailing grandmother.

“He’s been like the Superman of our family,” his mother said. “He was just there for everybody.”

Her son was 11 when his father was murdered. She is now watching her grandson go through many of the same emotions in the aftermath of his father’s death.

“He’s had panic attacks,” Johnigan said. “He has so much anger. I feel so helpless. To have him, you know panicking saying, ‘I don’t want to die. I don’t want to die’ and there’s nothing I can do but hold him.”