Jamie Faith died October 9th after he was ambushed while walking his dog at 7:30 that morning. 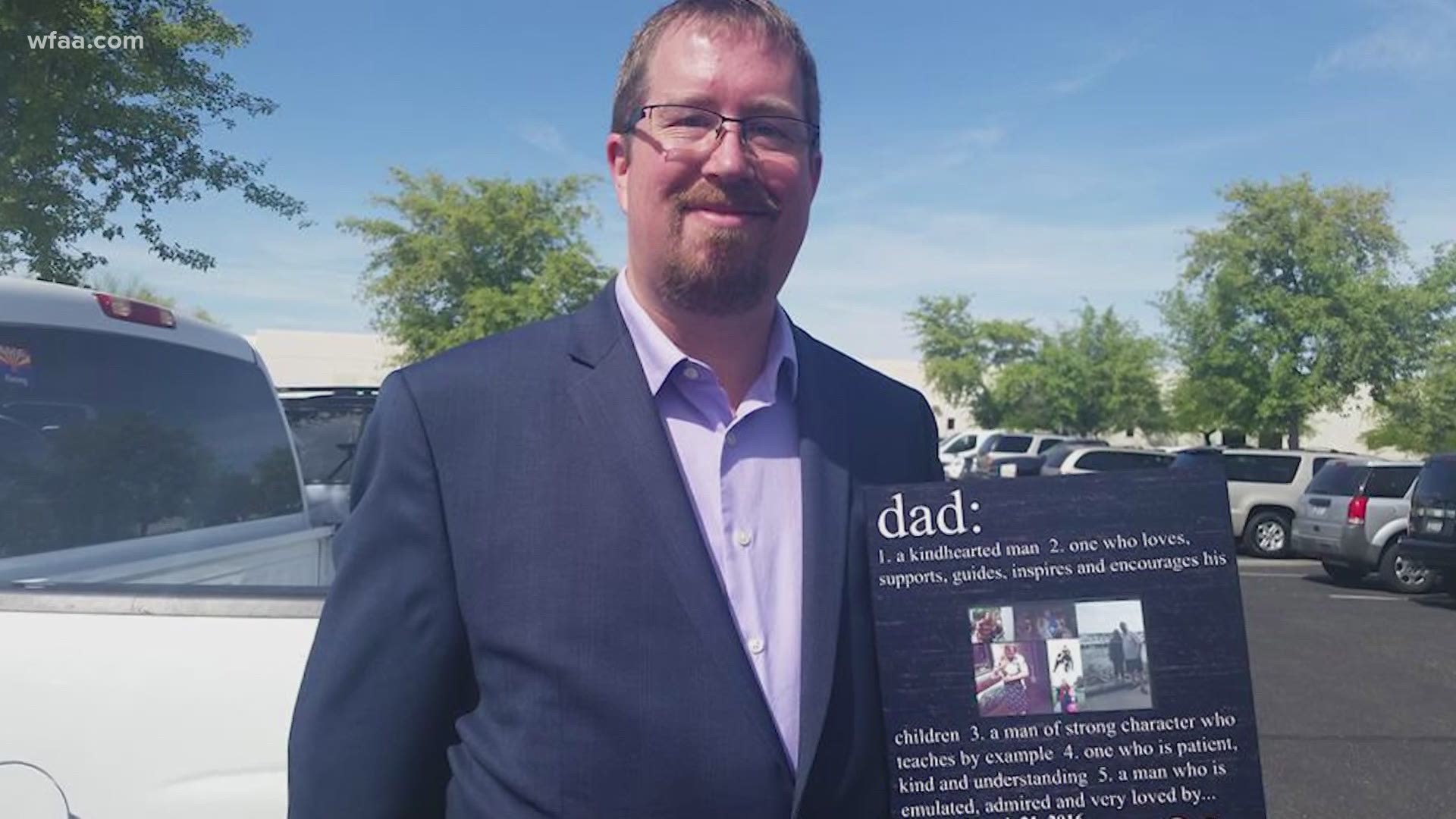 After 15 years together, Jennifer Faith has now been apart from her husband for nearly two months. Jamie Faith died the morning of October 9th after he was ambushed while walking his dog at 7:30 that morning. Jennifer was with him at the time, but she survived. Only Jamie was shot.

The shooting happened on the 1000 block of South Waverly Drive in Oak Cliff.

“We walked out the door and we made it to the house right behind you and I heard running behind me and I turned around and shooting just started,” Jennifer Faith told WFAA. “The guy kept shooting and shooting. A neighbor said they saw him attempt to shoot me and the gun was empty. I was running up this driveway and he tackled me, started beating on me, and taped my hands together.”

So far police have made no arrests, but they did release a description of the suspect’s truck.

“Somebody has got to know whose truck this is,” Faith said. “It’s a black Nissan Titan extended cab. It had a Texas Rangers sticker in the back window. So it was very distinctive from that point.”

RELATED: As COVID-19 delays the trial for his daughter and grandson's accused killer, one man continues to wait

It has been a devastating few months. Faith said she would spend all day with her husband, especially during quarantine when he worked from home.

"We celebrated our anniversary and bought this home all in the same day. And then three years and one day later he was killed.”

Sadly, Jamie’s homicide is just one of many high-profile violent crimes in Dallas this year. The city has reported more than 200 homicides this year alone.

“The crime rate in Dallas is horrible right now and I know they’re overextended and spread very thin but it doesn’t help me in terms of finding the answers that I really need,” Jennifer said. “Honestly, lately I think it’s just gone cold. And there’s no information [the detective] can give me so I’m not really getting any communication.”

RELATED: Carrollton man's death staged as suicide after being killed by his financial advisor, police say

She hopes the suspect does the right thing.

“I just hope that at some point this person can recognize the gravity of what they’ve done. And feel some sort of guilt enough to come forward,” Faith added. “We just really need some answers.”

Dallas police said if anyone has any information about this case to contact Detective Christopher Walton #8479 by phone at 214-671-3632 or by email at christopher.walton@dpd.ci.dallas.tx.us. Reference case no. 179853-2020.