As COVID-19 delays the trial for his daughter and grandson's accused killer, one man continues to wait

There are currently no trials allowed in Dallas and Tarrant counties for the foreseeable future because of the pandemic. 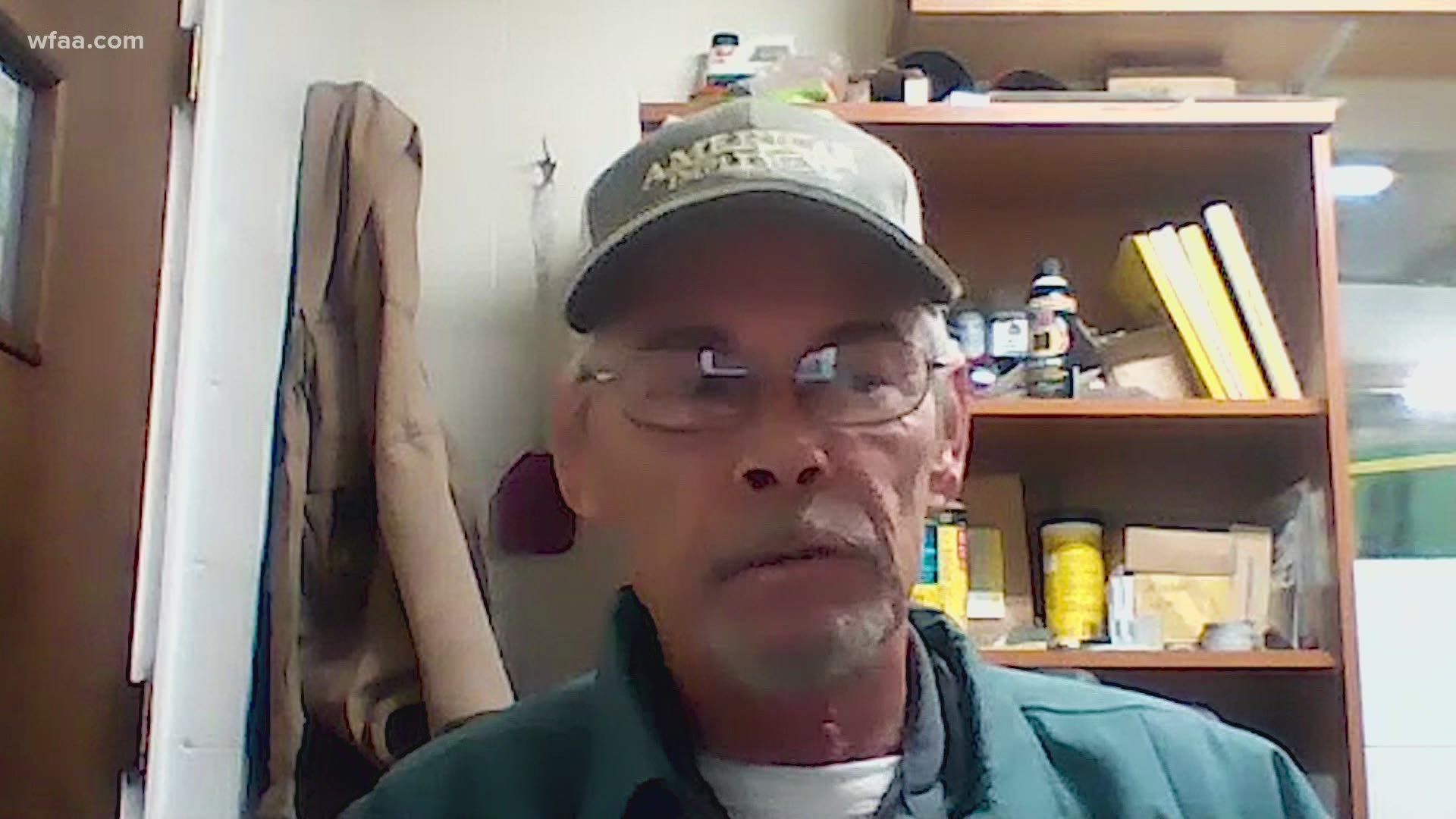 There is so much heartbreak for Mark Riddle.

Mark Riddle’s daughter, Shanna Vandewege, and grandson, Diederik, were killed in Fort Worth in 2016. Their accused killer was Shanna’s husband, who was the father of the three-month-old.

Two trial dates have come and gone. The trial is delayed indefinitely by the COVID-19 pandemic to Riddle’s ever increasing frustration.

“Thirteen days from today is the day they were murdered,” Riddle told WFAA. “It’ll be the fourth anniversary.”

There is no end in sight to his wait.

There are currently no trials allowed in Dallas and Tarrant counties for the foreseeable future.

Collin County had been holding trials using extensive COVID-19 precautions, but recently suspended trials due to the increasing case counts.

Culpepper also serves as president of the Texas District and County Attorneys Association.

“I’ve been talking to prosecutors all across the state, and COVID has had a dramatic impact on the court system,” she said.

In Kaufman County, the judges got approval from the local administrative judge to hold trials a few months ago. The approval came with a laundry list of requirements.

The signs of the times are evident in the 86th district courtroom, where two trials have been held in recent months. It’s been outfitted with Plexiglass throughout.

Strips of tape denote where people should sit.

During the recent trials, the jury didn’t sit in the jury box together. Instead, they were spread throughout the courtroom to maintain social distance.

“You're like, working with a disability,” said Kaufman County District Attorney Erleigh Wiley. “It's just harder. Everything is harder.”

Wiley told WFAA her prosecutors are doing all they can to keep cases moving through the system.

“With the victim’s permission, we’re going as low as we can” on plea deals, she said.

A trial had been scheduled for next week, but the defendant just now agreed to a 20-year-sentence in a plea deal, she said.

No additional criminal trials are schooled until next year.

Beyond the criminal cases, the pandemic is creating a logjam for other types of cases, such as those involving Child Protective Services.

She said the county is seeing an increasing amount of children in foster care in part because the trials that would normally be held seeking to terminate parental rights are not being held.

North Texas defense attorney Deandra Grant told WFAA it will take years for the criminal justice system to dig out.

Her firm currently has about 60 cases awaiting trial, and they’re fast running out of storage space.

Grant, who practices in dozes of counties, said some prosecutors’ offices are doing better than others.

“Some have been better about coming with alternative dispositions for cases,” such as low-level drug possession misdemeanor and felonies, she said.  “In other counties, because there’s no pressure on their trial dockets right now, they’re not doing that. So cases that maybe would have normally been worked out in a plea bargain situation are not being worked out and they’re going on the trial docket.”

In one large county to the west of Dallas, she said it is impossible to reach prosecutors. She said she has one case that’s been put on the trial docket in which her client in a DWI case tested below the legal limit.

“I don’t know what’s going on, but that office is terrible,” she said.

In Collin County, which Grant called the most “efficient county” she practices in, she said there are usually more than 10 trials in the misdemeanor courts every week.

“They have had zero misdemeanor trials since February, and that’s just one county,” she said. “That’s just one little microcosm of the entire state of Texas.”

This week, Ellis County got approval to hold trials, but just as in the other counties that have been holding trials, the approval came with a laundry list of conditions.

“By definition, the criminal justice system operates with large groups of people gathered in small spaces for hours on end with lots of talking,” said Ellis County District Attorney Patrick Wilson. “Can there be a worse circumstance during a pandemic?”

He said given the limitations, he does not expect any trials will occur anytime soon.

“There are just a lot of moving parts to have a  jury trial during a pandemic,” he said.

Wilson said his office is doing the best it can to plea out the cases that can be pleaded out.

“You really need to the threat of a jury trial hanging over everybody’s head to force those kinds of decisions because the defense, in general, is not eager to move cases,” he said. “They know generally the delay benefits the defendants. If it were up to the state in a non-pandemic world, we’d like to try cases as soon as possible, but that’s just not happening now and a backlog is growing and growing.”

In Dallas, the president of the city’s largest police association believes that the lack of trials is helping to spur recent spikes in crime. He says criminals are well aware of what’s going on in the justice system.

“These are not dumb criminals. They are smart,” he said. “They’re going to take advantage of it. The problem is them taking advantage of it is making more crime victims.”

For Riddle, the wait for a trial feels endless.

He became emotional as he spoke of his daughter, who was a nurse, and the grandson he had hoped to one day take fishing. He said one day he and his wife planned to start a scholarship program for those wanting to go into the nursing field.

For him, a trial will mean getting some closure.

“I might be able to finally at least put my mind to rest and at ease,” Riddle said, wiping tears.