The survey, which closes on Dec. 1, asks for feedback on topics ranging from trust in the department to what the chief's highest priorities should be. 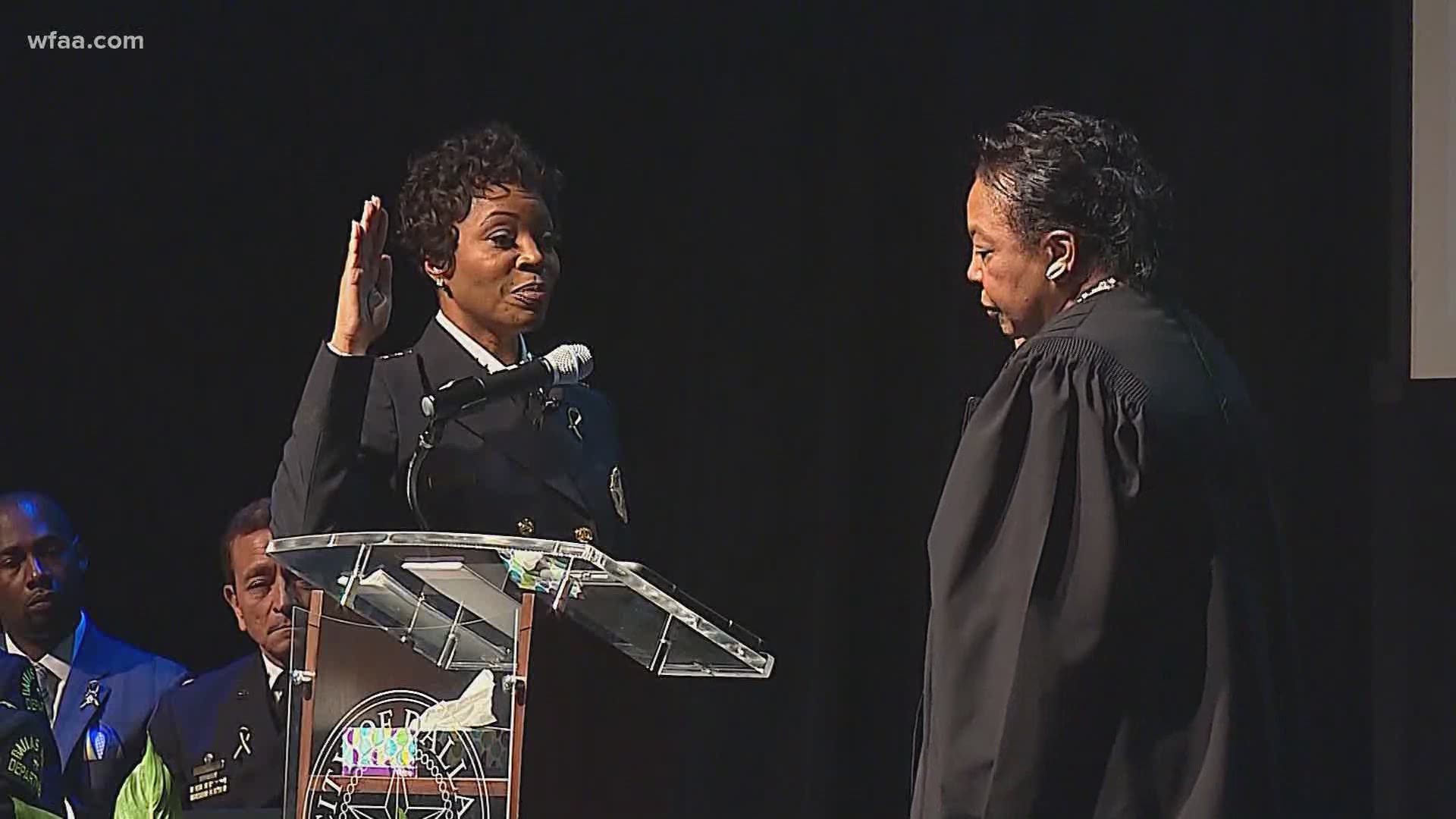 DALLAS — Note: The video above is a story on Chief Renee Hall's timeline at the department.

The city of Dallas is continuing the process to select the next chief of police with a community input survey, open to anyone who lives in Dallas, works in Dallas or owns a business in Dallas.

The department shared the online survey on Friday. Community members can also complete the survey by calling 214-671-5190.

The survey, which closes on Dec. 1, asks for feedback on topics ranging from trust in the department to what the chief's highest priorities should be.

The survey asks respondents where their level of trust in the department stands based on five levels: complete trust, high level of trust, neither trust nor distrust, very little trust and no trust.

It asks people to select five qualifications that are most important when selecting the next chief of police.

Some of the 14 options include experience recruiting and retaining quality personnel, understanding the history of policing in the US like racism and bias, and a track record of building community trust.

Other questions include what should be the "highest priority" for the new chief. Options include reducing violent crime, building trust in the community and holding officers/staff accountable.

There's also a section to input five leadership qualities with 12 possible options including "fair and even-handed," "strategic thinker," "excellent manager of resources" and "honest and integrity."

The survey ends with an open response section for the City Manager T.C. Broadnax, since he is the hiring authority for the position.

Dallas, Fort Worth and Arlington are searching for new police chiefs at roughly the same time, with the City of Arlington inching closer with making a selection. The city's latest step was a community forum where citizens asked the candidates questions.

Dallas Police Chief Renee Hall was the latest of the three chiefs to announce her leave.

Hall was the first woman to serve as chief.

Many city leaders said they were looking forward to the new search. In Dallas, the city manager selects the police chief, rather than city councilmembers.

When the city was searching for a chief in 2017, City Manager T.C. Broadnax assembled five panels of various community stakeholders and partners to participate in the interview process.

In her letter of resignation, Hall wrote that she has received inquiries about "future career opportunities" in recent months.

"As you can imagine, for many reasons, I must keep my next career step confidential," Hall wrote in the letter.

Hall has been chief of the Dallas Police Department since 2017.

Dallas is the ninth-largest police department in the country with over 3,131 hired officers, the department said.

There are 1.3 million citizens in Dallas as of July 2019, according to the U.S. Census Bureau.