Police say Evans Jr. was at a gathering at the Hawthorne Suites on Brookriver Drive when he was shot. He was later pronounced dead at Parkland Hospital. 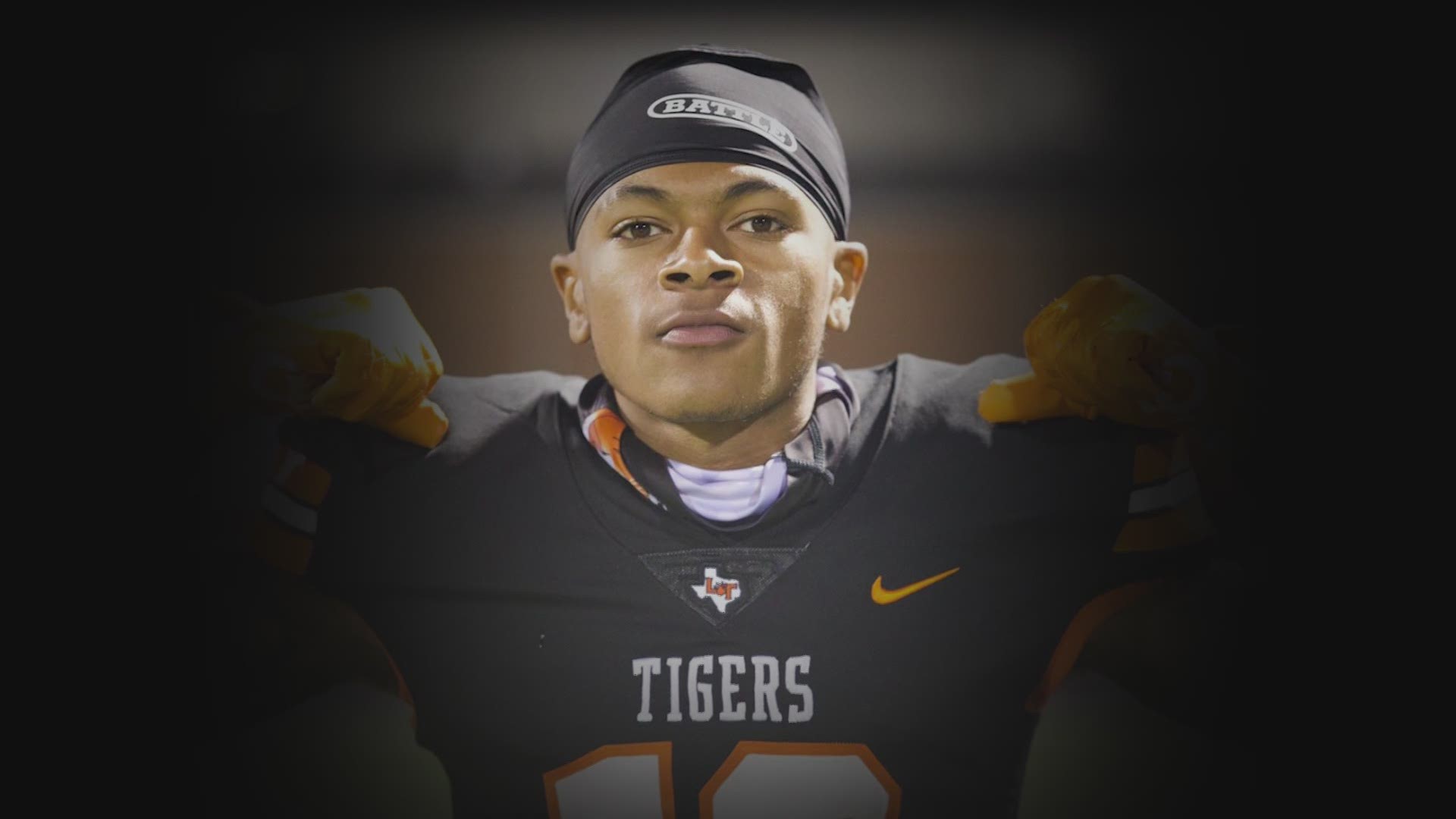 Updated at 9:32 p.m. with additional information about victim Tony Evans Jr. and more quotes from his family and the man who took him to the hospital.

Lancaster High School football star and University of Wyoming recruit Tony Evans Jr. was shot and killed in Dallas early Sunday morning in a shooting that also injured another person.

The shooting happened around 1:30 a.m. at the Hawthorn Suites by Wyndham hotel located on the 7900 block of Brookriver Drive near Dallas Love Field Airport, police said.

Officials at the scene said a gathering had taken place on the second floor of one of the buildings when the shooting happened. Police applied a tourniquet to one person's wound and first responders took that victim to a hospital.

Police later found out 17-year-old Tony Evans Jr. was taken by a private vehicle to Parkland Hospital where he was pronounced dead.

Evan Adegbayi was staying in a hotel room next to the gathering.

“It just got really loud over there,” Adegbayi said. “I actually heard about five to six gunshots at around midnight, maybe a little bit later.”

He said he heard "about five young men" running toward room 221, where the gathering took place.

Adegbayi didn’t know anyone at the party, but he stepped into action.

“That’s when I intervened and walked upstairs and saw the young man Tony lying on the ground and he was covered in blood,” Adegbayi said. “I didn’t ask any questions. I didn’t know anyone there, I didn't know Tony. I just picked him up, took him downstairs, put him in my vehicle, and I just started driving.”

Adegbayi put Evans in his car and drove him to Parkland Hospital close by.

“Everything was happening so fast but I knew what I needed to do to try to save his life," he said.

Sadly, Adegbayi's efforts fell short and Evans was pronounced dead at the hospital.

“I’m just still trying to process everything,” Adegbayi said. “I want the family to know I did the best I could to comfort him as he took his last breaths.”

Evans' parents Aretha and Tony told WFAA on Sunday their son was a devout Christian who loved to sing. They described him as a tremendous student-athlete who was deeply loved.

Evans was a standout receiver for the Lancaster High School football team. He committed to playing college ball at the University of Wyoming.

WFAA had previously interviewed him last fall for a story about his best friend Edward Jackson III, "EJ3," who died last summer in a car crash. Tony had dedicated this past season in honor of his friend.

The University of Wyoming's football coach released a statement to ESPN.

"Our hearts are with the Evans family as they go through this incredibly difficult time," Wyoming head coach Craig Bohl said in a statement. "We are so sad to hear of Tony's passing. We have been in contact with Tony's family and are here to support them in any way we can."

Crimestoppers is offering a $5,000 dollar reward for any information leading to an arrest.

“After speaking to his father, I can tell he comes from a good home,” Adegbayi said. “He just seemed like such an intelligent young man. And for things to happen like this for him, is just heartbreaking. It really is.”

Investigators say they are unaware of a motive at this time. They are asking anyone with any information to contact Det. Kim Mayfield at 214-671-3646 or kimberly.mayfield@dallascityhall.com in reference to case No. 061917-2021.