Gang unit detectives have taken over the investigation. They said no one has been arrested in connection with the shooting. 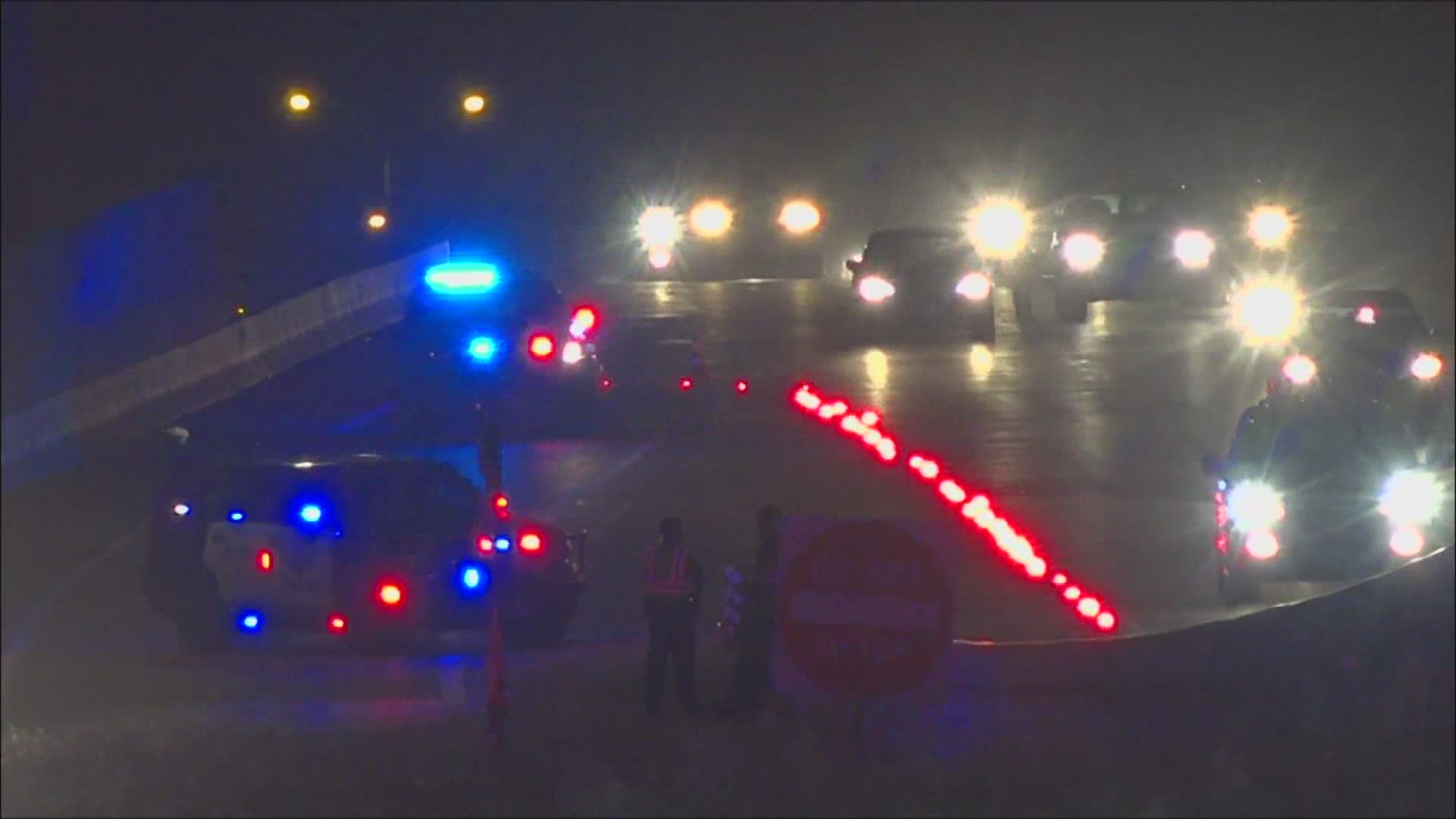 FORT WORTH, Texas — Fort Worth police are investigating a shooting that left one person dead, and five other people injured Friday night. Authorities said they believe the shooting was gang-related.

It happened around 10:15 p.m. at the 2000 block of Southwest Loop 820, near Interstate 20 and Crowley Road. Part of the area was shut down for several hours so that police could investigate any casings along the freeway.

According to Fort Worth police, two vehicles with several people inside were driving eastbound on the freeway and began shooting at each other for unknown reasons.

Investigators said during the shootout, a stray bullet hit a woman who was in a separate vehicle and another bullet struck a man who was inside his house on the service road of the freeway.

In total, six people were shot and transported to nearby hospitals. According to Fort Worth police, one person died Saturday morning, while five people are expected to survive their injuries.

The Fort Worth police gang unit has taken over the investigation and said no one has been arrested in connection with the shooting. No other details have been released at this time.