Sebastian Acosta is accused of killing two Pyrenees-type puppies on Wednesday at the 2400 block of Dowdy Ferry Road. 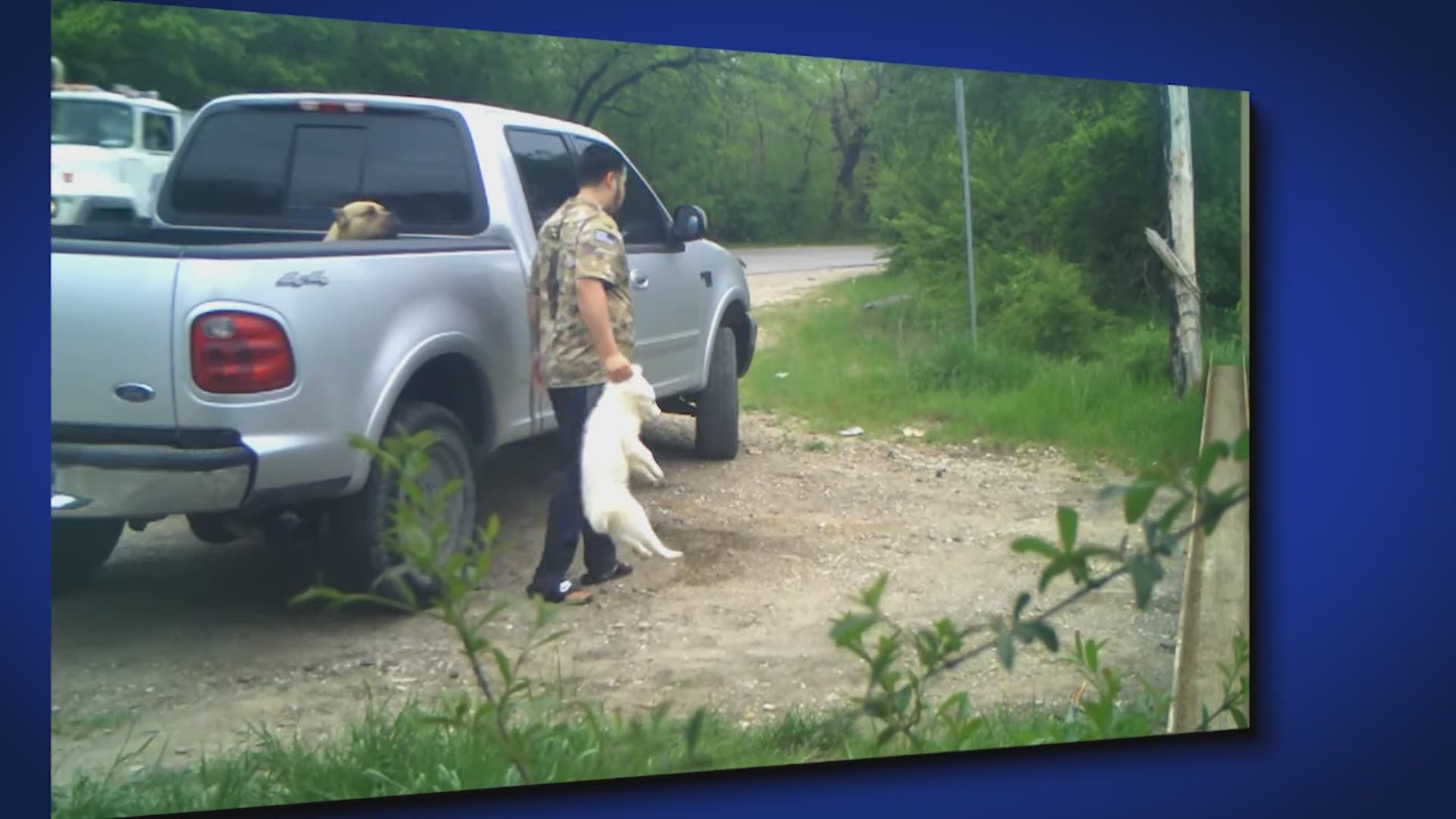 DALLAS — Updated at 3:19 p.m. throughout with details from a news conference.

Dallas police have arrested a man who is accused of killing two Pyrenees-type puppies on Wednesday at the 2400 block of Dowdy Ferry Road.

Officials said Sebastian Acosta, 20, was taken into custody Friday morning and faces a charge of cruelty to non-livestock torture/kill, which is a third-degree felony.

A surveillance camera on Dowdy Ferry Road captured footage of a silver crew cab Ford F-150 pull up and park the morning of April 7. In the video footage, a man, since identified as Acosta, got out of the truck, carried two puppies to a field with a log under his arm, then returned to the truck without the puppies and left, police said.

Dallas police said the puppies were beaten to death.

The owner of the surveillance camera called police later that day. Police said the area is known for illegal dumping and other offenses because of its remote location and low traffic.

RELATED: How to help place more surveillance cameras in this area

After police put out a bulletin on the incident, they received tips and phone calls about the suspect's identity.

Dallas police responded to Mesquite and took the suspect into custody on unrelated warrants.

"The Dallas Police Department would like to thank the community for their tips that helped identify the suspect which led to his arrest," the department said in a statement.

When asked at the news conference what the motive for the crime was, police said Acosta could no longer care for the puppies.

A third dog seen in the back of Acosta's vehicle was taken into protective custody, according to authorities.

Penalties for the third degree felony range from 2 to 10 years in prison and no more than $10,000 in fines.

#ARRESTMADEOn 4-9-21 the @DallasPD Animal Cruelty Unit arrested Sebastian Acosta. @DallasPD would like to thank the community for their tips. This is a great example of the community and police working together to help solve and prevent crime. @DPDChiefGarcia https://t.co/19bzM3WSBd