'Warriors': Dallas ISD bounces back after tornadoes touch down across district 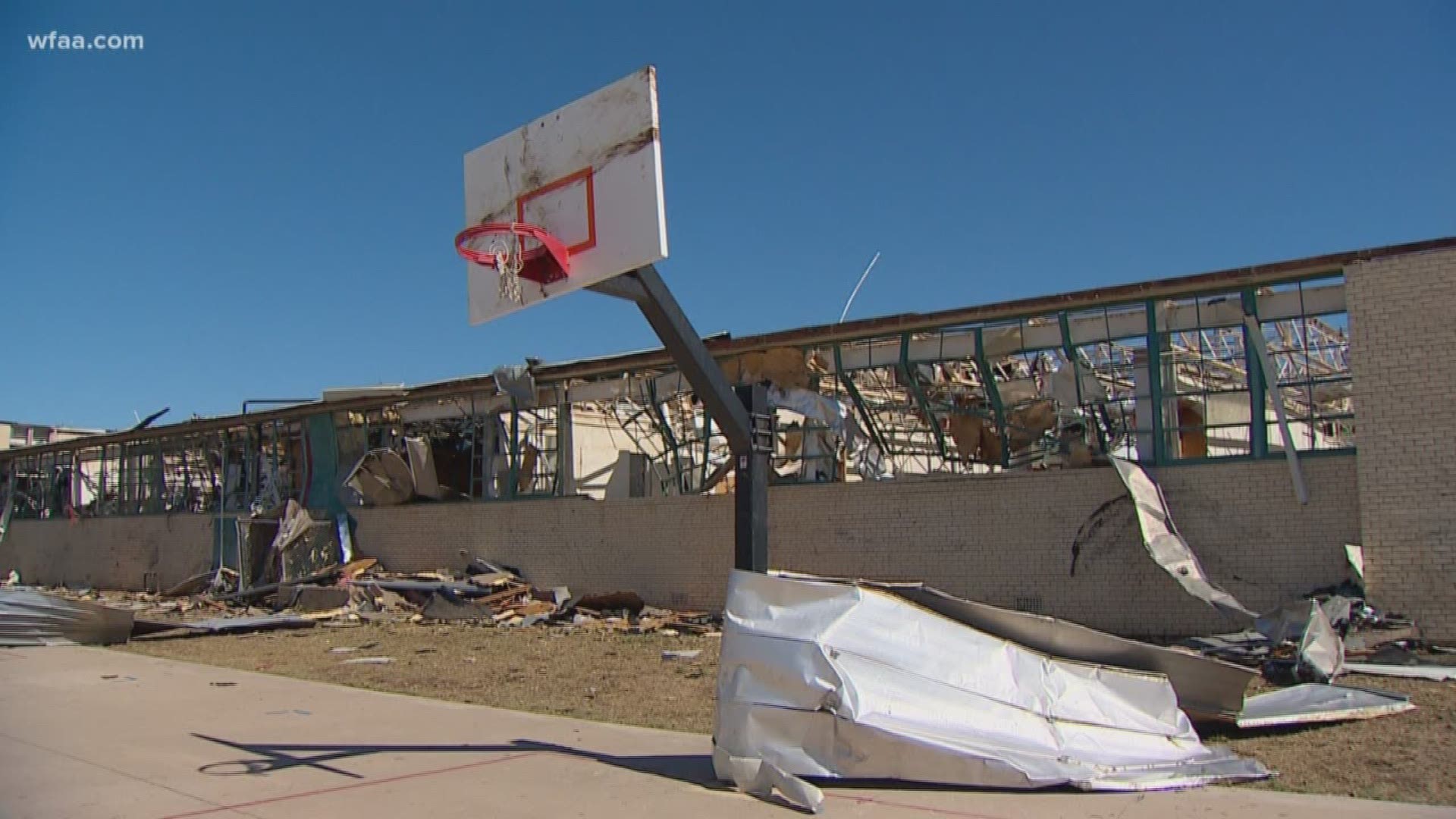 DALLAS — A school day is built around schedules, routines and predictability. During the last 72 hours in Dallas, unpredictability has been the only constant.

Multiple tornadoes touched down Sunday night, cutting an almost 16-mile path of destruction through the city.

But somehow, by Wednesday morning, thousands of students were back in class – albeit at alternate campuses and in makeshift classrooms.

“Warrior” is the word superintendent Michael Hinojosa chose to describe teachers, principals and administrative staff who managed to bring some sense of normalcy to students whose lives feel anything but normal right now.

“I feel like a proud papa,” he said. “It really makes you feel proud in a crisis how people can pull together.”

Students from the three campuses that suffered the most damage – Walnut Hill Elementary School, Cary Middle School, and Thomas Jefferson High School – are being relocated to other campuses for the rest of the school year and possibly beyond.

Other campuses that suffered less severe damage have temporarily set up shop in Loos Field House, a district athletic complex. And a handful of campuses weren’t damaged but did suffer major power outages.

Hinojosa is hopeful the lights are back on at all those schools by Wednesday night.

But he’s aware that the next few weeks and months – particularly for students at Walnut Hill, Cary, and Thomas Jefferson – are going to be difficult.

“There is something about the mental image of seeing those schools in that disrepair,” he said.

“Denial, anger, grief, acceptance - I had to go through all those in an hour. But these kids who’ve been through this, they’re in various stages. And when they get to acceptance – well, now the day-to-day grind about how we do this is going to set in.”

The familiarity of coming to the same campus and knowing what to expect each day is comforting, said Susan Hoff, chief impact officer with United Way. She used to be a teacher in public schools.

“That building - when you lose that -  it symbolizes consistency and safety. That loss, that damage, is really hard for a kid,” she said.

Hinojosa said he visited some of the temporary campuses Wednesday morning and was impressed by the resiliency he saw in the students and staff.

“Teachers know how to communicate to these students,” he explained. “You know – ‘Just because this has happened, doesn’t mean you can be late to my class.’ There’s a little bit of tough love. The expectation that we’ve had these tough things, but we’ve got a responsibility here.”

Hoff said students – even those at schools that aren’t impacted but who have seen stories about the damage – need to hear that this is something that is hard, scary and sad to experience. But kids also need to be reminded that people are resilient.

“And if we haven’t said thank you to our teachers, administrators or superintendents, now would be the time to do so,” she said. "Hats off to them."