'I chased around 9 or 10 looters out of here': Tornado victims protect property as clean-up continues

Some residents in North Dallas complain damage isn't the only thing that's stressing them out after this week's storm. 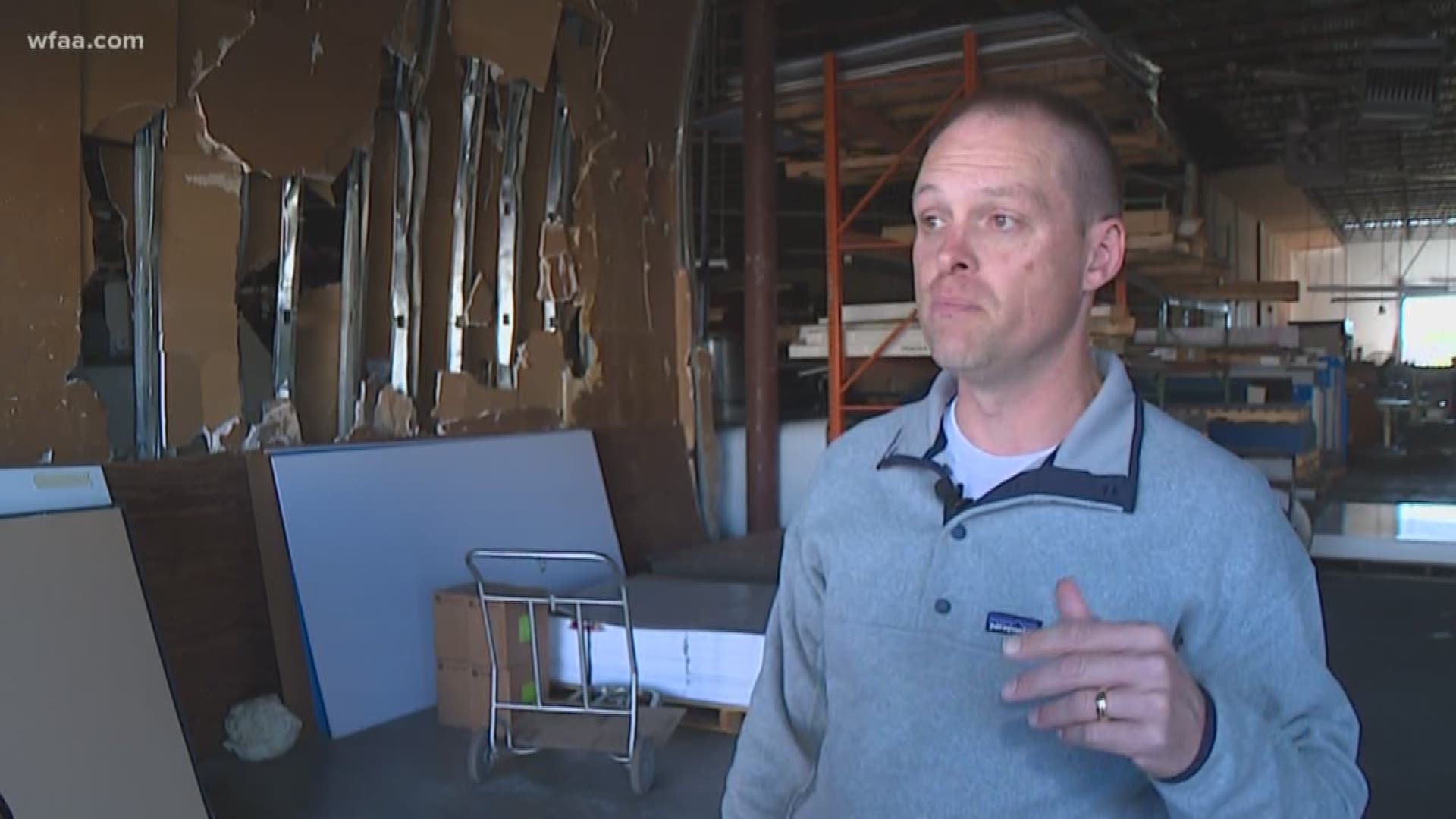 DALLAS — Crews from a variety of power companies are hard at work right now as they repair and replace power lines in areas that were hit hard by tornadoes in North Texas.

Some property owners are also hard at work.

”I have 35 different people in here,” R.G. Colling said as he surveyed the damage at a business center he owns off Shady Trail in northwest Dallas.

The landlord and some of his tenants are trying to keep their property safe from suspected thieves.

Colling explained, “I’m walking around with a couple of clips and a loaded 9mm.”

Since the tornadoes hit parts of North Texas on Sunday, Colling says he’s been busy patrolling his property and packing a pistol due to strangers that have been walking up and lurking around. Some of his tenants have also hired private security to scare uninvited strangers away.

Colling said, ”Monday, after this happened, I was here. I chased around nine or 10 looters out of here. Young punk kids walking around here with backpacks. Wanting to use the bathroom. Taking pictures. Scoping what’s in some of these units.”

Neighbors say part of the problem is police have the roads blocked off. So, tenants and workers cannot drive in the area to retrieve their property. Officers are allowing people to walk into the area. However, for some business owners, it’s a haul.

Colling added, ”Here you’ve got someone that’s lost everything they own. And the little bit they’ve got left, these creeps want to come and steal it! I mean, what’s wrong with people?"

It is compounded stress for many storm victims as clean-up continues.

At Allied Plastic Supply, nearby, workers are also busy.

Power is still out at this business, There’s roof damage, and debris everywhere. Walker says workers are still trying to fill orders, as contractors tackle repairs, knowing more rain is in the forecast.

Walker explained, ”We’ve got roofers up right now, trying to make sure our building is covered. We’ve got guys putting doors in, because rain is coming and we’ve got to make sure that we’re keeping everything inside dry.”

Business owners say for now, they will remain vigilant on all fronts.