The city of Dallas is once again working around the clock to remove debris after the tornado on Sunday. 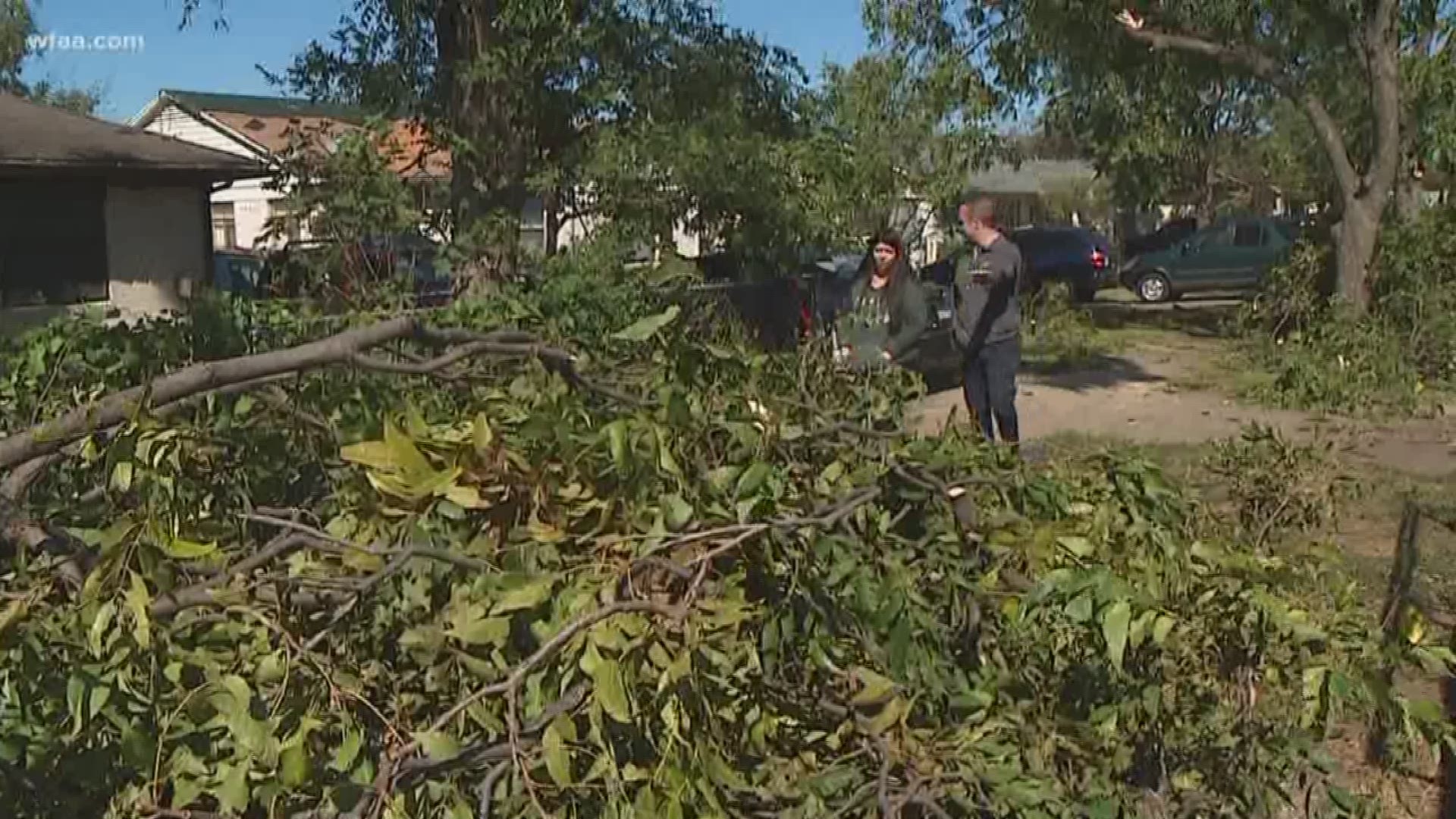 DALLAS — The city of Dallas is once again working around the clock to remove debris after a devastating tornado on Sunday.

“It was so quick, and it was just like boom, it was over,” Dan Dempewolf said.

Dempewolf had one of his large trees fall on his roof. Now that tree is cut up and waits for clean up on the curb.

The City of Dallas said that Public Works will operate 24 hours a day to clean up areas in the right-of-way. The city says multiple crews are out focusing on tree and debris removal.

Sanitation services says that 10 contracted crews will be deployed to assist with storm debris collection. All of the debris will be taken to the Bachman Transfer Station for disposal.

Hundreds of homeowners in North Dallas are hopeful that the debris clean up will go faster than it did following a severe wind storm earlier this year. After that storm, some people didn't get debris cleared from their property for more than a month.

RELATED: City of Dallas asks for patience as storm debris waits nearly a month for removal

Homeowners affected by the tornado are hoping for the best.

“Honestly, one thing about the city of Dallas, you can put all this rubbish out here and they’ll come get it….eventually,” Dempewolf said with a laugh.