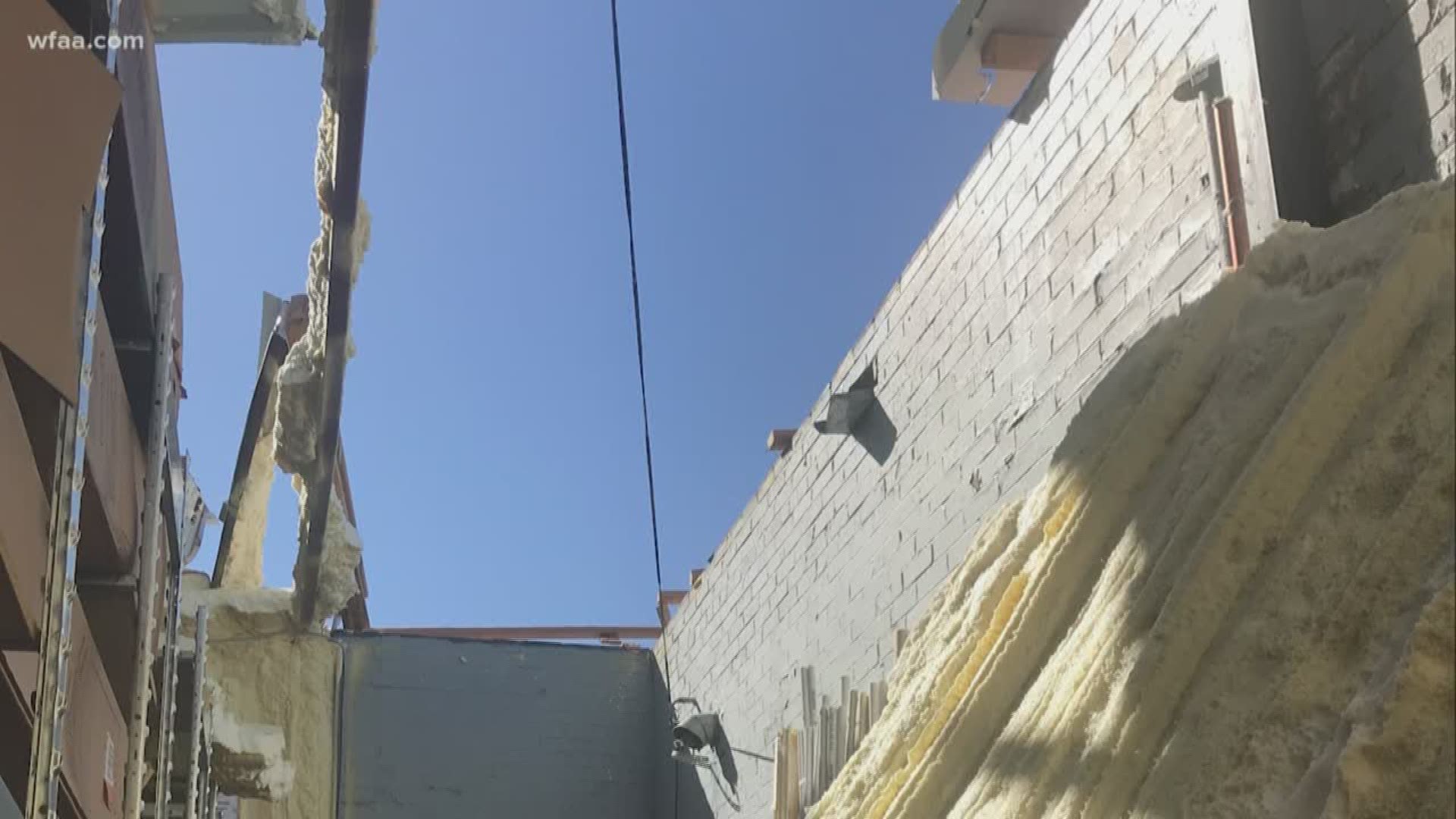 Updated at 8:07 p.m. with additional information regarding outages and school closures.

The NWS classified the two Kaufman County tornadoes as one EF-0 and one EF-1.

Other areas hit by tornadoes:

The longest confirmed tornado path was the EF-3 in North Dallas, which stretched for 15.75 miles, according to the NWS.

Other path lengths haven't been confirmed yet by the NWS.

Check out a map of the tornadoes in the tweet below.

Ferris resident Henry Watkins said buildings were damaged and trees and signs were toppled during the storm.

"It was really bad, and you could hear transformers popping from different places," Watkins said.

The Ferris Auto Supply & Hardware had some of the worst damage in the area. The roof was blown off into the neighbor's yard.

The service confirmed three other tornadoes on Monday.

Oncor reports there are still approximately 17,000 power outages as of Monday night. Officials also said six Dallas ISD schools are without power but Oncor expects it to be restored by Thursday.

Dallas ISD officials say an decision will be made by 4 a.m. Wednesday on whether the following schools will reopen:

Superintendent Michael Hinojosa is also expected to provide the latest updates on damages from the storms at a news conference scheduled for 1 p.m. Wednesday.

Transportation information can be found here.

Dallas Fire-Rescue crews said after assessing surrounding areas there are 286 structures that suffered major damage and 104 buildings that were completely destroyed.

As for the latest traffic conditions, officials report 40 light signals need to be completely rebuilt and 20 signals need readjustments.

The tornadoes left devastation across a wide swath of the Dallas area.