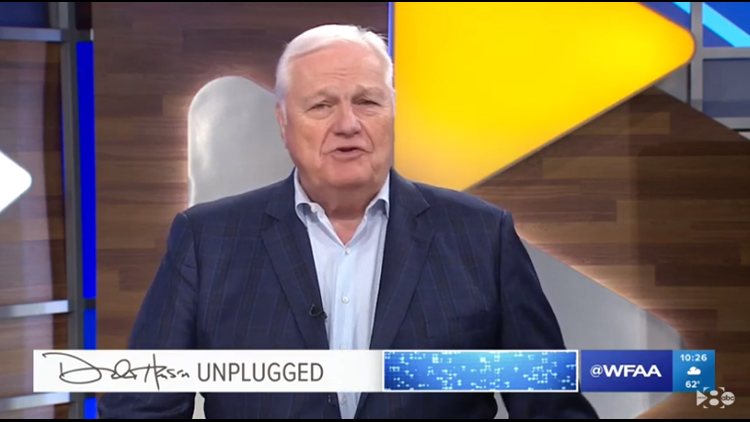 Dale Hansen Unplugged: 'I'm disgusted' Drew Pearson is not in the Hall of Fame

I'm happy that former Dallas Cowboys safety Cliff Harris finally gets his spot in the Pro Football Hall of Fame, but I am disgusted that former Cowboys receiver Drew Pearson didn't. Because one right doesn't fix a wrong.

I have always thought you cannot underestimate the ignorance of the American voter. And this so-called "blue ribbon" panel that voted on the Hall of Fame's special class proves me right again.

Pearson played 11 years in the NFL, in a league where the average player plays four. He was an iconic part of a Cowboys team that played in seven NFC Championship Games, three Super Bowls, and was a Super Bowl champion in 1978.

Former Cowboys quarterback Roger Staubach became famous for the "Hail Mary" that he threw in Minnesota in 1975. Staubach threw it, but we would have never heard of the "Hail Mary" if Pearson didn't catch it.

That was just one of several game-winning catches he made that will live forever on NFL Films.

You've heard the number of all-decade players in the Hall. Here's another one: There are 18 NFL receivers who have been chosen to an all-decade team.

Seventeen of the 18 have a bust in Canton. Pearson is the only one who doesn't.

This should have been his day, but I admit I'm biased. I'm biased because I'm old enough to have seen Pearson play.

I don't care about numbers — watch the game. Voters who put a guy like Terrell Owens in the Hall of Fame, and not Pearson, should never be allowed to vote again.

But then again, you can never underestimate the ignorance of the American voter.