What we learned: Dallas Cowboys remain a longshot even in terrible NFC East

The Dallas Cowboys’ plans to sneak back into the NFC East picture took a serious hit with a loss to Washington on Thanksgiving. 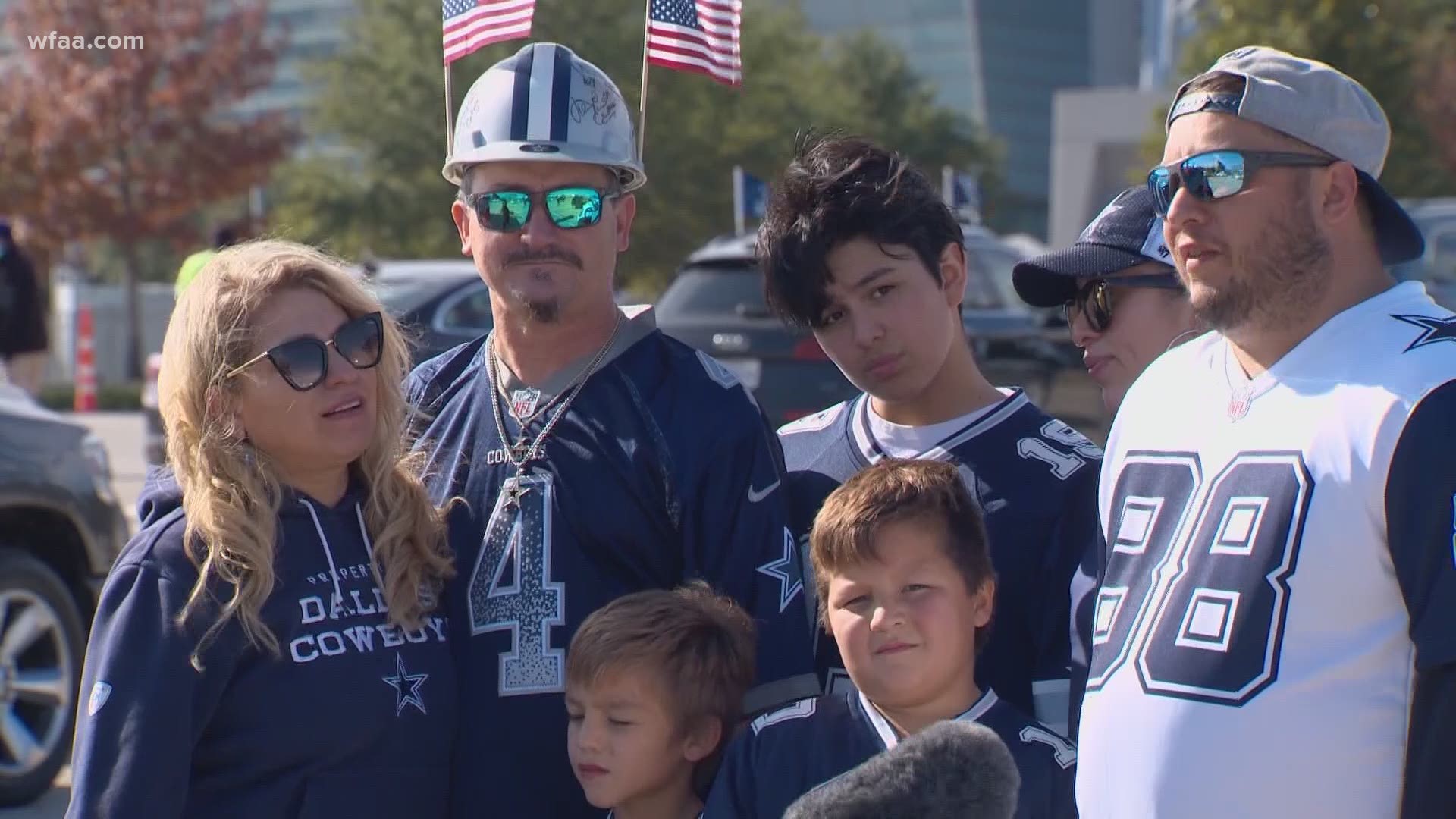 DALLAS — The Dallas Cowboys saw their dream of winning the NFC East diminish over Thanksgiving weekend. Getting soundly beaten by the Washington Football Team, along with losing arguably their best player in offensive lineman Zack Martin, didn’t start their Week 12 off on a good note.

And things only got worse when the New York Giants won on Sunday to take over first place in the division.

The 41-16 Thanksgiving Day massacre showed that the slim odds are only getting slimmer for these Cowboys in their current state. Dallas is running out of time to pull off enough wins to make the playoffs but, if it’s to be done, they need to learn from their latest loss.

Before the loss to Washington, the Cowboys had gotten back to a balanced offense. Not asking their quarterbacks to do too much and employing a power running game produced positive results in the three previous games, but they seemed to abandon that concept on Thanksgiving.

The Cowboys threw the ball 35 times and ran it just 18 times. For a game that was very much in doubt until halfway through the fourth quarter, that kind of distribution is too much of a disparity.

While it is true that Dallas wasn’t running it well against a strong front for Washington, giving up on the run altogether only doubled down on their misery and helped to turn a relatively close game into an embarrassing blowout.

The Cowboys have to find a way to keep defenses honest by making the most of a rushing attack that they have invested heavily in.

Ezekiel Elliott needs to be better

Speaking of a heavy investment in the rushing attack, Elliott is in the second year of a contract extension that will pay him the most guaranteed money in the league at the position.

It’s one thing to say that the offense needs balance, it’s another for Elliott to live up to his end of the bargain. Cowboys owner Jerry Jones continues to call Elliott one of the team’s best players, but he hasn’t played like it this season.

The fumbles have become a major issue and Elliott cannot keep turning the ball over as he often did early in the season and again in a pivotal moment on Thursday.

That was Ezekiel Elliott's fifth lost fumble this season, most of any running back in the NFL.

The new Cowboys coaching staff needs to take decisive action about Elliott if he continues to put the ball on the ground. There needs to be some serious consequences for Elliott, despite his status, which should include a spot on the bench for backup Tony Pollard if Elliott simply continues to be unable to get the job done.

Give up some of the gadgets

When Mike McCarthy was hired, he hammered home the fact that he was going to be an aggressive coach. To his credit, going for it on fourth downs and attacking instead of being passive has been a staple in McCarthy’s first year with the Cowboys.

However, there’s a difference between aggression and trickery and the Cowboys have been leaning far too heavily on the latter even in instances where going for it should have been a decision that was applauded.

Sometimes the sleight of hand goes too far when a conventional play would have worked and that was the case in their latest loss. The reverse-to-rookie wideout CeeDee Lamb on third and short, followed by a pass on fourth down were odd calls which backfired when a simple run or two likely would’ve resulted in a first down.

Ironically, a fake punt later in the game was a call that was widely panned as a bad idea, but, if wide receiver Cedrick Wilson had thrown the ball, as the play was probably designed, Dallas probably had a high chance of success. But that’s the issue with these gadget plays, they require a great deal of risk and the odds are against you.

The Cowboys haven't had great luck with the trick plays this season, and it might be time to stop trying them. It’s fine to be aggressive, but McCarthy should trust his offense, not misdirection, to pick up the key first downs.

The Cowboys have gone through many options trying to get another pass rusher on the field to pair with fellow defensive end DeMarcus Lawrence. Gregory is beginning to show that he can be the answer with his first multi-sack game after bringing down Washington quarterback Alex Smith twice.

However, despite the breakout performance, Gregory only played 29 snaps, or 42% of the time that the defense was on the field. For a player who has shown the ability to make a quarterback’s life miserable, Gregory needs to be on the field more than 50% of the time for the Dallas defense.

#Cowboys DE Randy Gregory has 14 pressures on 78 pass-rush snaps this season, according to @PFF

At 28 years old and in his sixth season in the league, Gregory still doesn’t have a lot of NFL experience. The suspensions have taken Gregory off the field more than on it, so he needs the work and the Cowboys should give him as much as he can handle in the next five games.

Do you think the Cowboys are good enough to hang with the Baltimore Ravens in Week 13? Share your thoughts with Ben on Twitter @BenGrimaldi.