It's the first time the video game franchise has put a woman on the cover, and it's the first cover appearance for Dončić and Nowitzki. 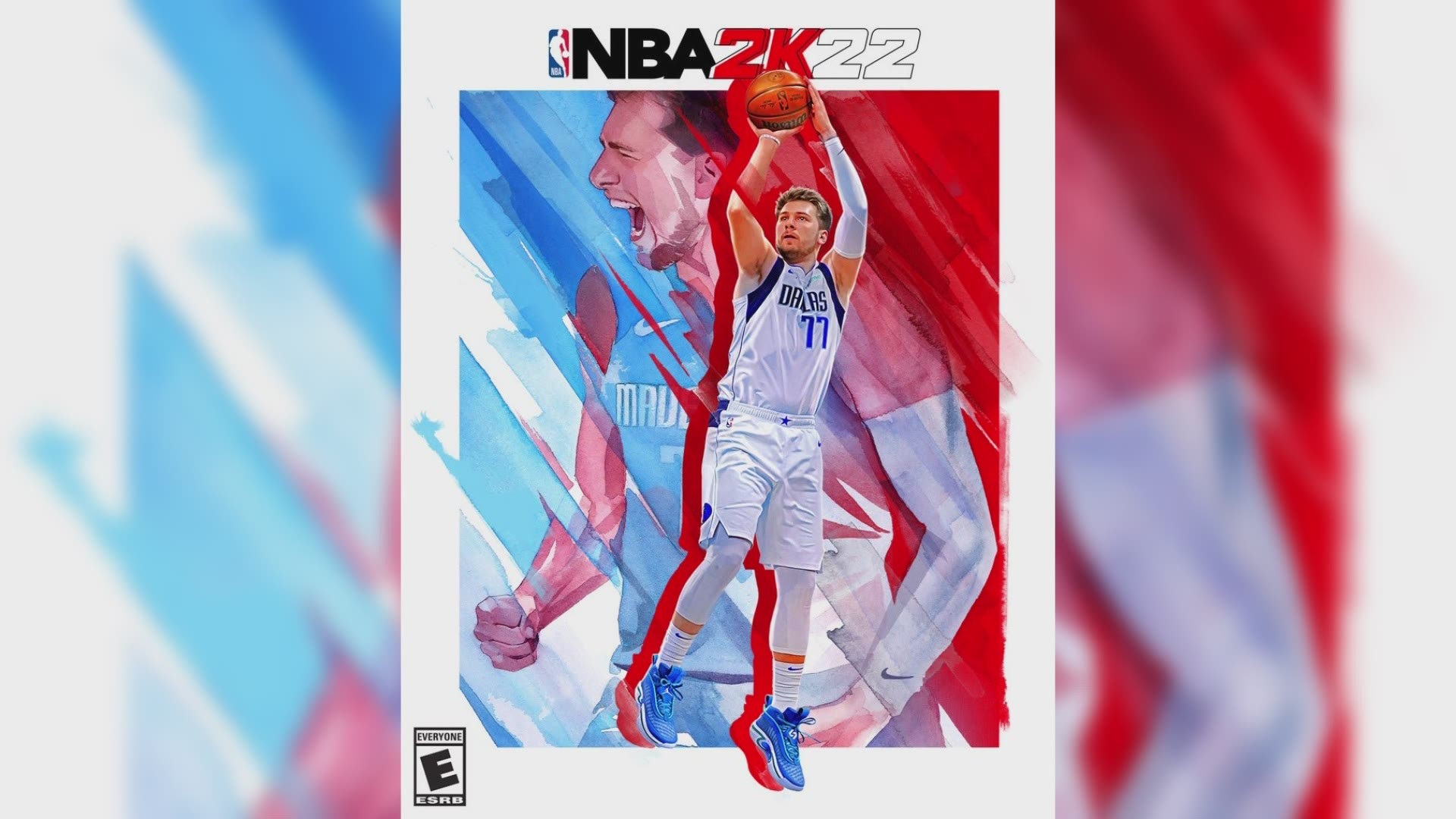 DALLAS — He has a day named for him in Dallas. He was recently named to the All-NBA First Team for his second consecutive season. He's been awarded Rookie of the Year.

Dončić, along with Chicago Sky forward Candace Parker and former Mavs center Dirk Nowitzki, will grace the cover of "NBA 2K22" when it releases Sept. 10.

Luka Magic on the cover of #NBA2K22 🔮 @NBA2K pic.twitter.com/oAjqT0rWFH

Parker's cover marks the first time any woman has made the "NBA 2K" cover in the game's history.

RELATED: Candace Parker in emotional postgame interview: ‘From here on out, I'm playing for (Pat Summitt)'

“Representation matters, so this is a special moment of progress for the sport and the series,” Parker said in a statement about the game. “To be part of this historic cover is a testament to the growth and rising popularity of the women’s game, and I’m proud to be the first female cover athlete to be the face of NBA 2K.”

Upon hearing the news, Dončić said he was happy that his cover highlighted his home country of Slovenia.

"Making the global cover of NBA 2K22 is special for me," he said. "I'm proud to represent my country in a special cover that honors the colors of the Slovenian flag. Basketball has given me so much, and I'm excited to give back and work together with 2K Foundations this year to help the lives of young kids around the globe."

RELATED: 'I am happy to support my Mavs' | Dirk rejoins Dallas franchise to help with front office search

The game arrives Sept. 10. The WNBA 25th Anniversary Special Edition game will only be available on PlayStation 5 and Xbox Series X consoles and only in North America, sold exclusively at GameStop and EB Games for $69.99.

The Standard Edition of "NBA 2K22" retails for $69.99 on PlayStation 5 and Xbox Series X, and $59.99 on Nintendo Switch, PlayStation 4, Windows PC, and Xbox One. The NBA 75th Anniversary Special Edition will retail for $99.99 and will be available on all of the above platforms.