"Mark Cuban approached me about a role as a special advisor and I am happy to support my Mavs," Nowitzki said in the Mavs press release. 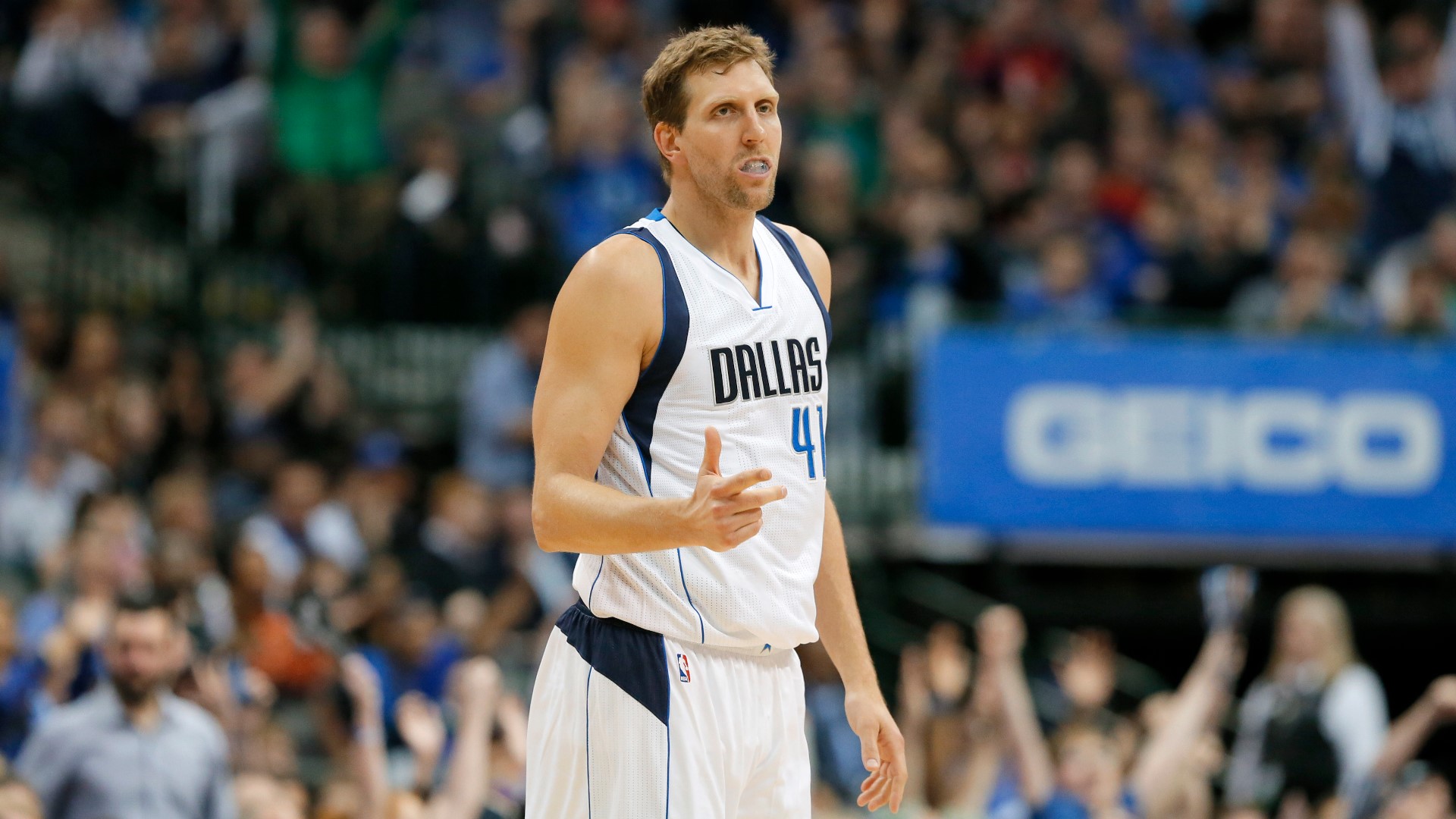 DALLAS — The Dallas Mavericks announced Friday that long-time Maverick Dirk Nowitzki will be re-joining the team as a special advisor.

This comes one day after the Mavs announced Rick Carlisle would not be returning as head coach and two days after long-time general manager Donnie Nelson agreed to part ways with the franchise.

Nowitzki, who turns 43 on Saturday, will help with the hiring of both a general manager and head coach, according to a Mavs press release. He will also consult on other front-office decisions.

This move comes during a summer when the front office has a lot of decisions to make with the roster. Mavs' All-Star Luka Dončić is eligible for a $200 million rookie max extension.

Nowitzki retired in 2019 after 21 seasons with the Mavs, which is currently the longest NBA career with one team. Kobe Bryant played with the Los Angeles Lakers for 20 seasons, and Tim Duncan played with the San Antonio Spurs for 19 seasons.

"Mark Cuban approached me about a role as a special advisor, and I am happy to support my Mavs," Nowitzki said in the Mavs press release.

So the next steps taken by the Dallas Mavericks will be orchestrated by Mark Cuban, Luka Doncic, and Dirk Nowitzki.

New Nets coach Steve Nash sounded out his longtime former teammate and close friend Dirk Nowitzki to gauge his interest in coming to Brooklyn as an assistant coach, @NYTSports has learned, but Nowitzki is not looking to return to the game full-time so early in his retirement

A month later, Brad Townshend of the Dallas Morning News reported that Nowitzki had a standing offer from Mavs' owner Mark Cuban to come back to the team in any type of role he wanted.

"Donnie Nelson and Rick Carlisle were both mentors and played huge roles in my career and the success of this franchise, and I am going to miss them," Nowitzki said. "It is important for me now to join Mark and contribute as much as I can as we move forward."

Dirk Nowitzki recently met with former teammate Michael Finley, who is the team's current vice president of basketball operations, and a group of long-time staffers from the team at Cuban's request, according to ESPN's Tim MacMahon.

Nowitzki led the Mavs to the franchise's only NBA championship in 2011 and was also named NBA Finals MVP.

Donnie Nelson and the Mavs front office drafted Nowitzki in the 1998 NBA Draft. He was a 14-time NBA All-Star and earned the NBA MVP award for the 2006-2007 season when the team won a franchise-record 67 games.

The German-born power forward has remained in Dallas after his playing career, living in Texas with his wife, Jessica Nowitzki, and three kids.