Ivery Williams says it's proof that doing what's right will eventually come back to bless you. 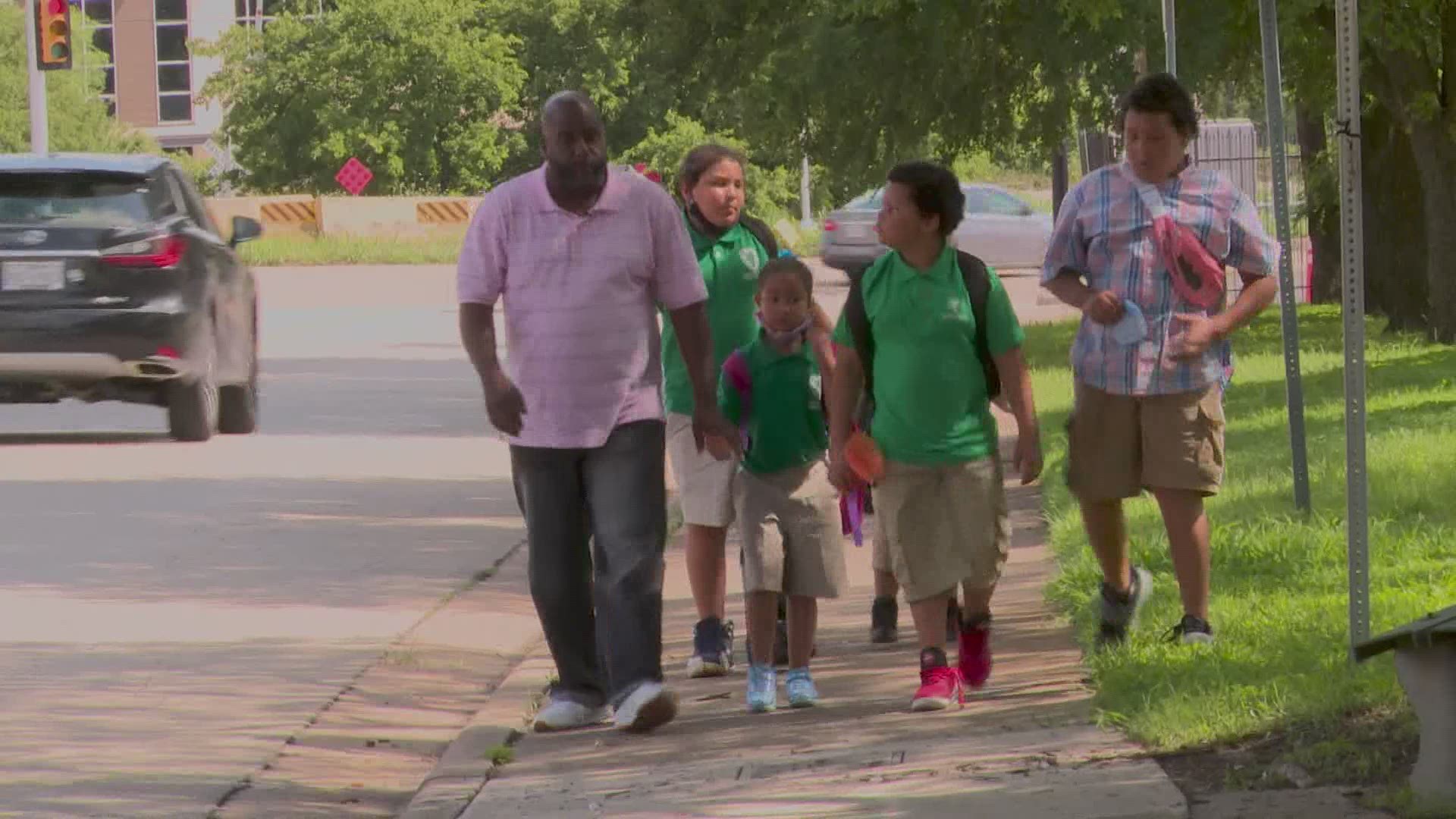 FORT WORTH, Texas — Fifty-year-old Ivery Williams doesn’t hide from the truth: even though he has five kids, for the longest time, he wasn’t much of a father.

“I was a part-time father, a mess around father,” he said. “I played with fatherhood.”

Ten years ago, Williams was at rock bottom. Addicted to drugs and alcohol, he lost everything, including his kids.

Then one day he says he heard a voice asking if he wanted to live or die. He started attending church and got himself straightened out.

“I don’t even know why I didn’t try Jesus in the first place,” he said. “That’s a better place. It’s a beautiful place.”

Today he’s four years sober. He not only has his life back but he’s also got his kids back, too.

He was seeing them a couple of times a week until he nearly lost them again.

A few months ago, all five of his kids were involved in a horrible car accident. Three of them spent more than a month in a wheelchair and because they required constant care Williams lost his job.

Since he wasn’t working, he got behind on bills and lost his car.

Yet, his biggest concern was making sure he didn’t let his kids down. Since the accident, all five moved in with him full time. He wants them to focus on education and not stumble into the lifestyle that once entangled him.

So, whether by bus or by foot, he found a way to get the kids to school at Como Elementary in Fort Worth. The kids haven’t missed a single day, even though the three-mile journey is now a two-hour trip.

RELATED: When his son wanted a store-bought arcade game, this dad built a better one himself

School nurse Chelsea Brandewie says she was blown away by how far Williams would go for his kids.

“If you talk to this man for even five minutes you can feel in his spirit how genuine he is and he loves his kids,” she said. “So I knew I had to step in and do something.”

Brandewie isn’t the only one who noticed his dedication. In fact, most of the staff says since the kids moved in with Williams, they’ve done a complete 180.

Knowing how much love Williams has poured into his kids, Brandewie started a GoFundMe to help get him back on his feet. She was hopeful the staff and some friends would donate a few thousand dollars, but that’s not what she got.

“I never in a million years would’ve expected this,” Brandewie said.

What she got instead was nearly $25,000 and a brand new Dodge Caravan, donated by Southwest Chrysler Dodge Jeep Ram.

The money will be used to pay bills and to buy food and clothing for the kids.

With his kids by his side and a wretched past behind, he promises they will not travel the same road.

“I can give them the new improved me, something that they need. A father figure. They truly have that now.”

He may have gotten a new car, but he clearly is driven by love.