"I love them for exactly who they are and I'm going to meet them at that spot," said Amy Watkins. 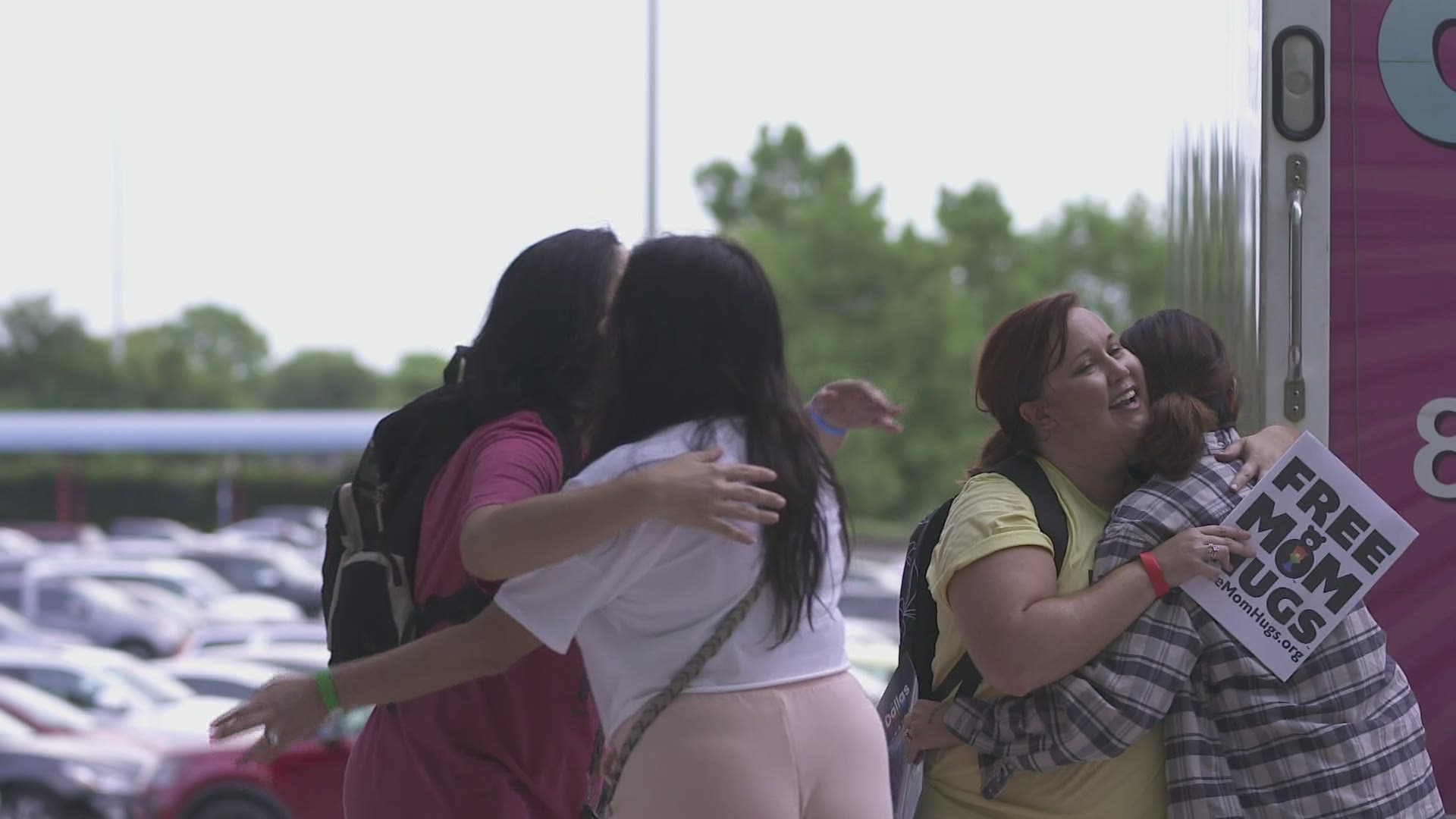 DALLAS — Amy Watkins and Natalia Montoya stood outside the Dallas Pride event on Friday night waiting do something they haven't done in a very long time: give hugs.

They are part of a now national organization called Free Mom Hugs. It is an opportunity for people in the Lesbian, Gay, Bisexual, and Transgender, communities to feel accepted.

"I love them for exactly who they are and I'm going to meet them at that spot. Everybody should know that feeling of love," said Watkins.

Both Watkins and Montoya call themselves allies. They stood outside the Dallas Pride event with no expectations but shirts and a sign and open arms. And before every embrace came the question: 'Can we give you a hug?'

"That gives me permission to enter their personal space," said Watkins.

The reality is that personal space is often scary and dark. Some who received hugs from the moms admitted to WFAA that their own parents have disowned them since coming out.

"They have to make their own families because their biological families turn their backs to them," said Montoya.

In that moment these mothers of Free Mom Hugs are also embracing the hug-ees' hardships. One woman named Shyla opened up to WFAA and said when she officially came out she was handed a bible.

"It was pretty good. I'm going to cry," said Shyla describing the hug. "It's really hard when your parents don't support you."

The pandemic canceled pride events and certainly canceled hugs in 2020, so the hugs on Friday night were over-due. Hugs come with a smile, but most importantly, an understanding that someone does care.